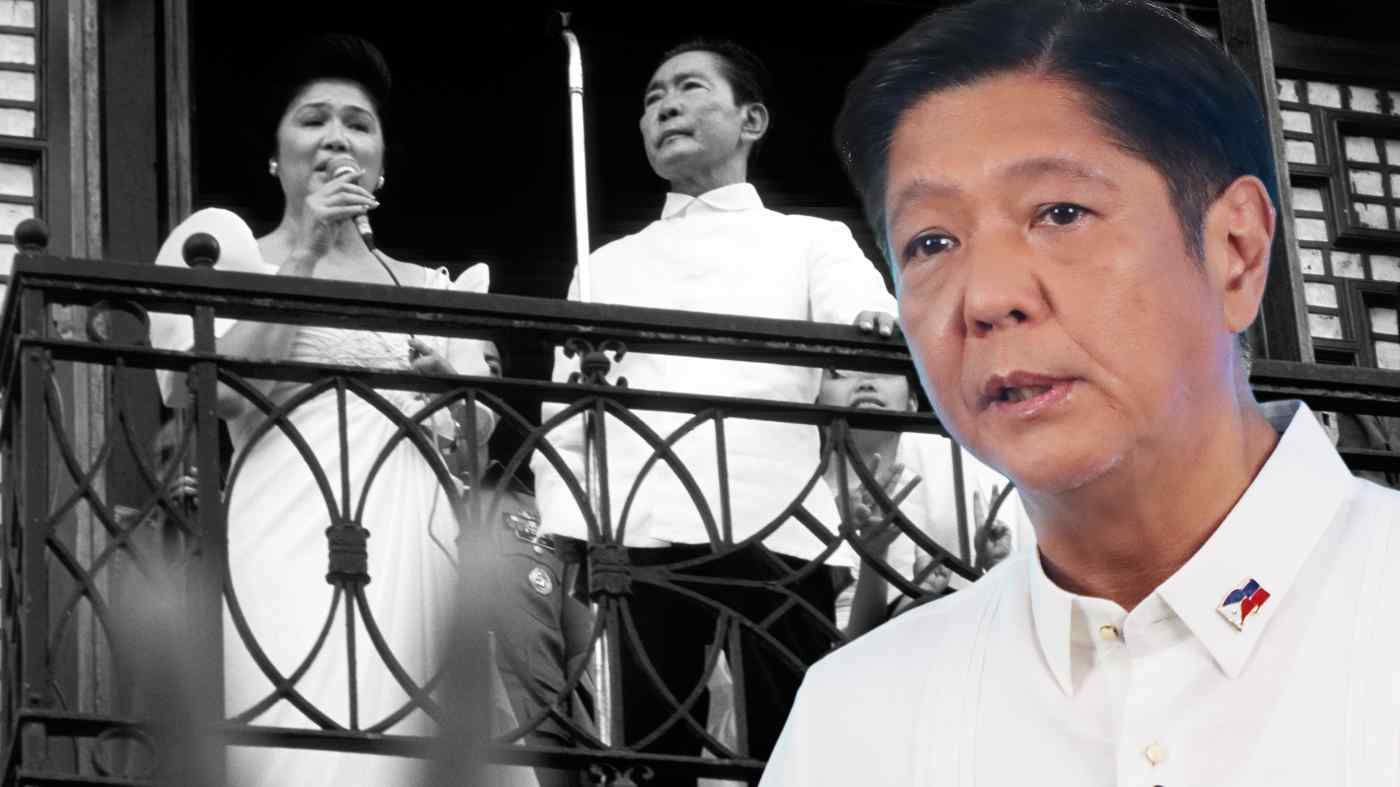 Ferdinand Marcos Jr., foreground, will be the latest Philippine president who is the son or daughter of a previous leader. His parents, Ferdinand Marcos Sr. and wife imelda, are seen balcony of the Malacanang Palace in Manila in 1986. Marcos Jr. can be seen next to his father. (Source photos by Ken Kobayashi and Getty Images)
MICHAEL PEEL, Nikkei Asia executive editorMay 20, 2022 15:50 JST | Philippines
CopyCopied

TOKYO -- Ferdinand Marcos Jr. marked his landslide Philippine election win last week by praising his father and namesake for teaching him "the value and meaning of true leadership." It was a striking comment on a man who ran a dictatorship accused of thousands of killings and stealing up to $10 billion.

It didn't stop U.S. President Joe Biden offering Marcos Jr. his congratulations the following day. On one level, this was a standard compliment to a fellow elected leader. On another, it revealed a fundamental flaw in Biden's central framing of global politics as a good-and-evil battle between democracies and autocracies.