Moon stays active in diplomacy as end of his term approaches 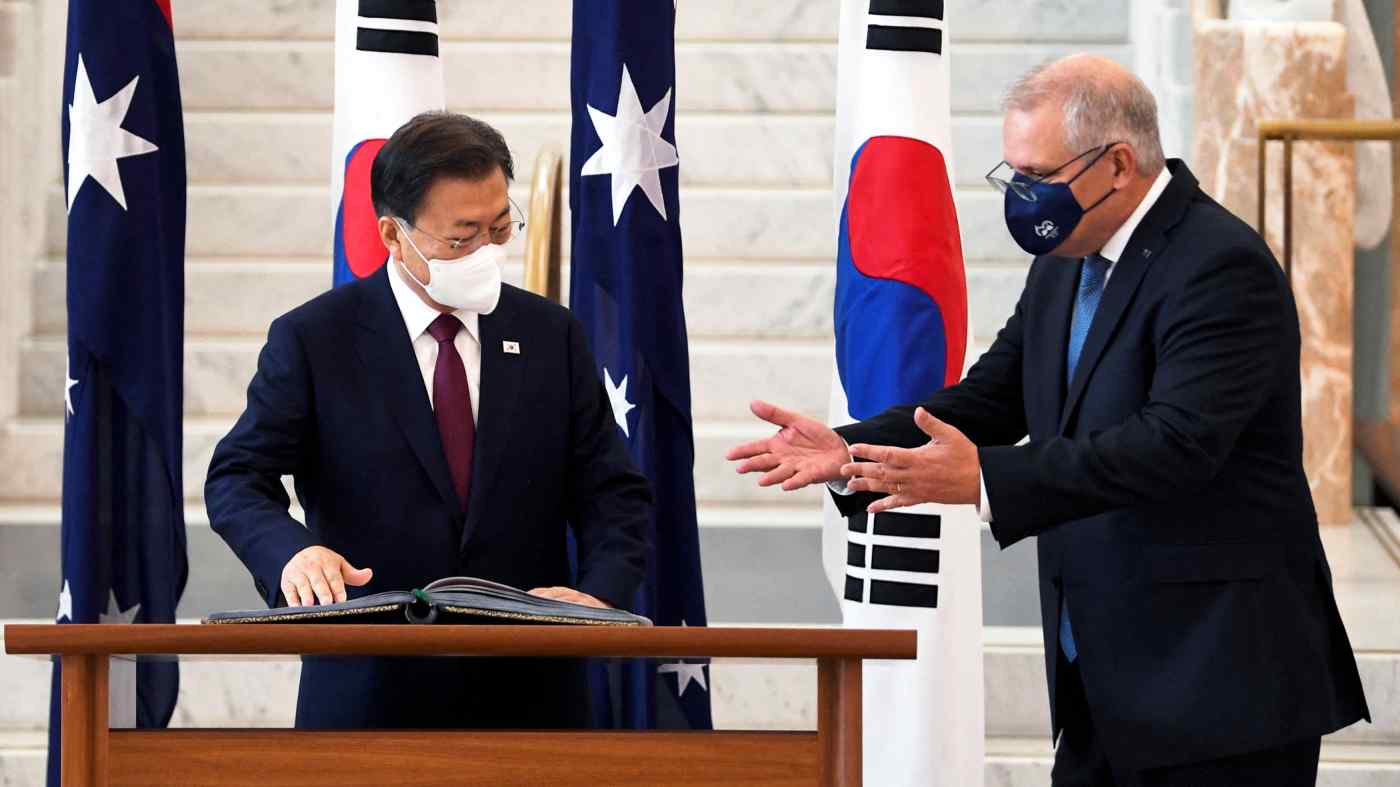 TOKYO -- South Korean President Moon Jae-in is staging active diplomacy despite having less than five months to go before the expiry of his term as president.

Following his call in a U.N. speech for a declaration to formally end the Korean War and his moves to align South Korea more closely with China, Moon said on Dec. 13 that Seoul will begin procedures for its bid to join the Comprehensive and Progressive Trans-Pacific Partnership, a giant 11-nation trade pact.