As Biden gives Putin a gift, he fails to lay out a cohesive disarmament plan 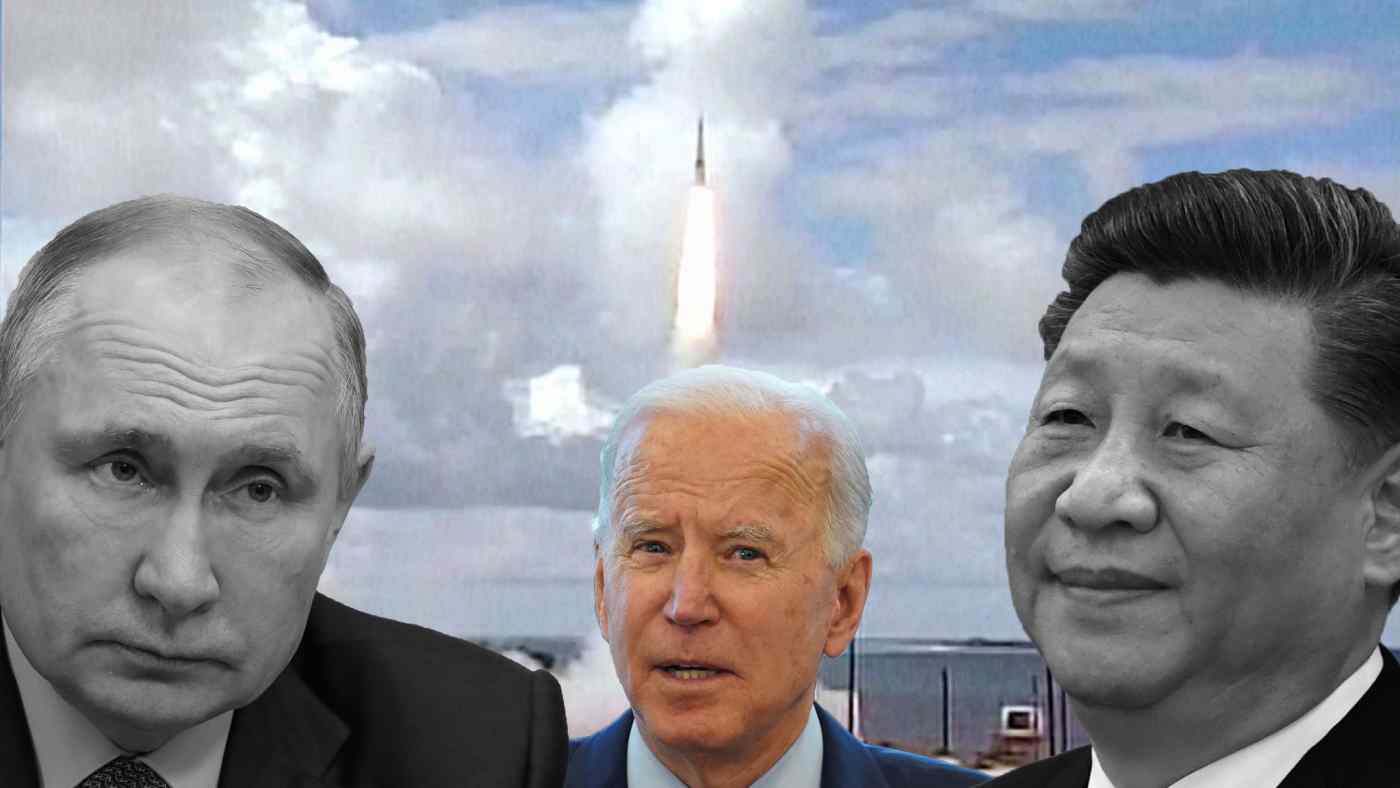 The demise of the treaty, which sets a limit of 1,550 deployed strategic, or long-range, nuclear warheads, could have triggered a renewed arms race.

This is a welcome decision, but the matter is more complicated than it looks.

Russia was very happy about the agreement as indicated by how quickly the Kremlin announced the "exchange of diplomatic notes on the agreement to extend" following a phone call on Tuesday between himself and Biden. Putin also demonstrated his happiness by immediately sending a bill for the extension to parliament, where both houses voted unanimously to pass it in emergency sessions held on Wednesday.

Moscow was desperate to extend the treaty, which also sets a limit on the number of operationally deployed strategic nuclear delivery systems such as intercontinental ballistic missile launchers and heavy bombers equipped for nuclear armaments. The treaty, aimed at maintaining a balance of nuclear arsenals between the two nations, was to expire on Feb. 5.

After the INF pact, or Intermediate-range Nuclear Forces Treaty, was scrapped in 2019, the U.S. and Russia began to deploy land-based missiles with relatively short ranges of 500 km to 5,500 km, which had been prohibited. Because of their short flight times, these missiles were seen as hair-triggers for nuclear war.

Obviously, Russia wanted to avoid a full-fledged arms race with the U.S. Its economy has been in the doldrums for years, and it spends less than 10% of what the U.S. does on defense.

In October, as New START's expiration loomed, Putin proposed that Moscow and Washington extend the treaty for at least a year without imposing any conditions.

In response, the Donald Trump administration demanded that Russia not add to its arsenal of warheads. Moscow agreed to freeze its stockpile at its current level for a year.

But the deal was never concluded, apparently because the Trump administration had already started developing strategic warheads, including land-based missiles with a range of less than 500 km. Russia has the lead in this area. It was clear that Washington has no desire to disclose how many tactical warheads it has or where they are deployed.

"President Trump, from the beginning, was probably aiming to let the New START expire," said Shinji Hyodo, director of the Regional Studies Department of The National Institute for Defense Studies, echoing the majority of experts on the matter. So Trump set high hurdles in the form of conditions Russia could not accept and a demand that China become a party to the agreement.

But the situation changed dramatically after Biden was sworn in on Jan. 20. The new president agreed to a five-year extension, as a treaty provision calls for, instead of one year, and set no conditions. It was "better than the best Moscow thought it could hope for," Hyodo said.

Russia is not the only country that is pleased with the diplomatic breakthrough. So, too, is China.

Beijing refused to join the framework for nuclear arms control proposed by Trump. While welcoming the Biden-Putin deal, China stressed its position has been consistently clear.

In a report on China's military buildup released in September, the U.S. Department of Defense warned of the country's nuclear arms expansion, saying, "Over the next decade, China's nuclear warhead stockpile -- currently estimated to be in the low 200s -- is projected to at least double in size as China expands and modernizes its nuclear forces."

China has set an ambitious goal of becoming the global leader in a host of measurements, including militarily, by 2049, when the People's Republic celebrates its centennial.

Unless China also takes part in the U.S.-Russia nuclear arms control treaty, the U.S.'s nuclear capabilities advantage over China, still huge, will likely narrow in the next five years.

The agreement to extend New START could have subtle effects on the trilateral relationship of the U.S., China and Russia.

Beijing and Moscow are rapidly developing closer ties, economically and militarily, driven by their shared antagonism toward the U.S.

Commenting on the possibility of Russia forging a military alliance with China, Putin in October said, "Theoretically, it's quite possible to imagine it."

But deep down Putin is also concerned that Russia could be sucked into China's growing sphere of influence. Putin's remarks seem to be a diplomatic message calling on the U.S. not to give short shrift to Russia.

Putin is most likely to grab the opportunity provided by Biden's willingness to engage in dialogue with Moscow to mend his country's strained relationship with the U.S.

Russia and China, meanwhile, are adjusting their strategies for dealing with the U.S. in response to policy changes being installed by the Biden administration.

But is the Biden White House prepared to tackle the diplomatic challenges posed by these powers?

It remains unclear whether Biden is really committed to nuclear arms reductions. His decision to extend the New START pact may only reflect his past as vice president for President Barack Obama, who laid out a vision of a "world without nuclear weapons" and signed the treaty. It might also reflect pressure from the huge fiscal burden of dealing with the consequences of the COVID-19 pandemic.

If Biden really wants to make a difference in nuclear disarmament, he needs to demonstrate the kind of commitment and ability to take effective actions that his former boss displayed.

If he has decided to extend the treaty only as a move to roll back a Trump policy without having a coherent strategy for tackling the challenges, the decision will only give Russia breathing room and China time to beef up its nuclear arsenal. The upshot could be a world facing an even greater threat from nuclear arms.