No winners in Japan's tech trade restrictions on South Korea 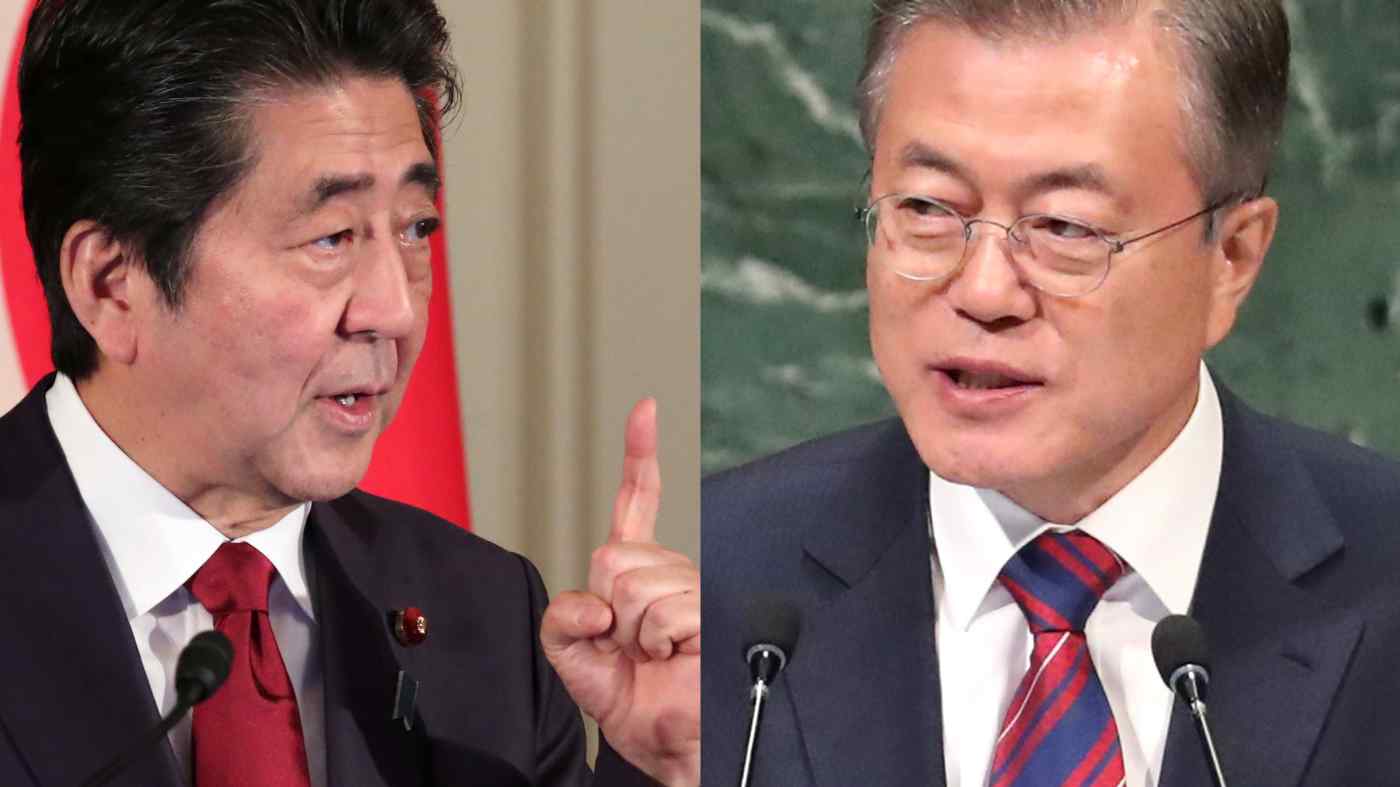 TOKYO -- Leaders at the Group of 20 summit in Osaka jointly declared they would "strive to realize a free, fair, nondiscriminatory" trade and investment environment, and would keep their markets open.

The government offered two reasons for the clampdown: Relations between the two countries have been significantly undermined and South Korea itself has levied inappropriate trade restrictions.

The former is effectively pushback against South Korea's handling of a string of lawsuits against Japanese companies by former wartime laborers. But on the latter, the Japanese government has yet to provide specifics.

It is difficult to see how Tokyo's new restrictions could align with the G-20 declaration.

Other nations have previously throttled trade to express displeasure on the political front. China halted rare-earth exports to Japan in 2010 when tensions heightened over the Senkaku Islands, which China claims and calls Diaoyu. The U.S. government imposed additional tariffs on imports of Chinese steel and aluminum in 2018. And earlier this year, it was reported that China was again considering tightening rare-earth shipments as its trade dispute with the U.S. intensified.

The Japanese government has opposed using tariffs as threats and weaponizing trade policy to solve political disputes. Japan played a key role in salvaging the Trans-Pacific Partnership Agreement after the U.S. withdrew, and also signed a trade agreement with the European Union last year.

The country has served as a standard-bearer of free trade as the world becomes more protectionist.

But the restrictions on tech exports to South Korea could undermine Japan's previous efforts. Tokyo's demand that Seoul do more to address litigation against Japanese companies is understandable. Japan maintains that compensation issues were settled in the 1965 treaty that normalized relations between the two countries.

But using export controls to deal with the situation could hurt trade and the global economy, and further undermine Japan-South Korea relations. If Seoul has implemented inappropriate export controls as the Japanese government asserts, the issue should be resolved through bilateral trade talks.

The U.S. and China have fought tit for tat since President Donald Trump took office, threatening the outlook for the global economy. Japan and South Korea should avoid that path, as no country benefits from a cycle of retaliation.