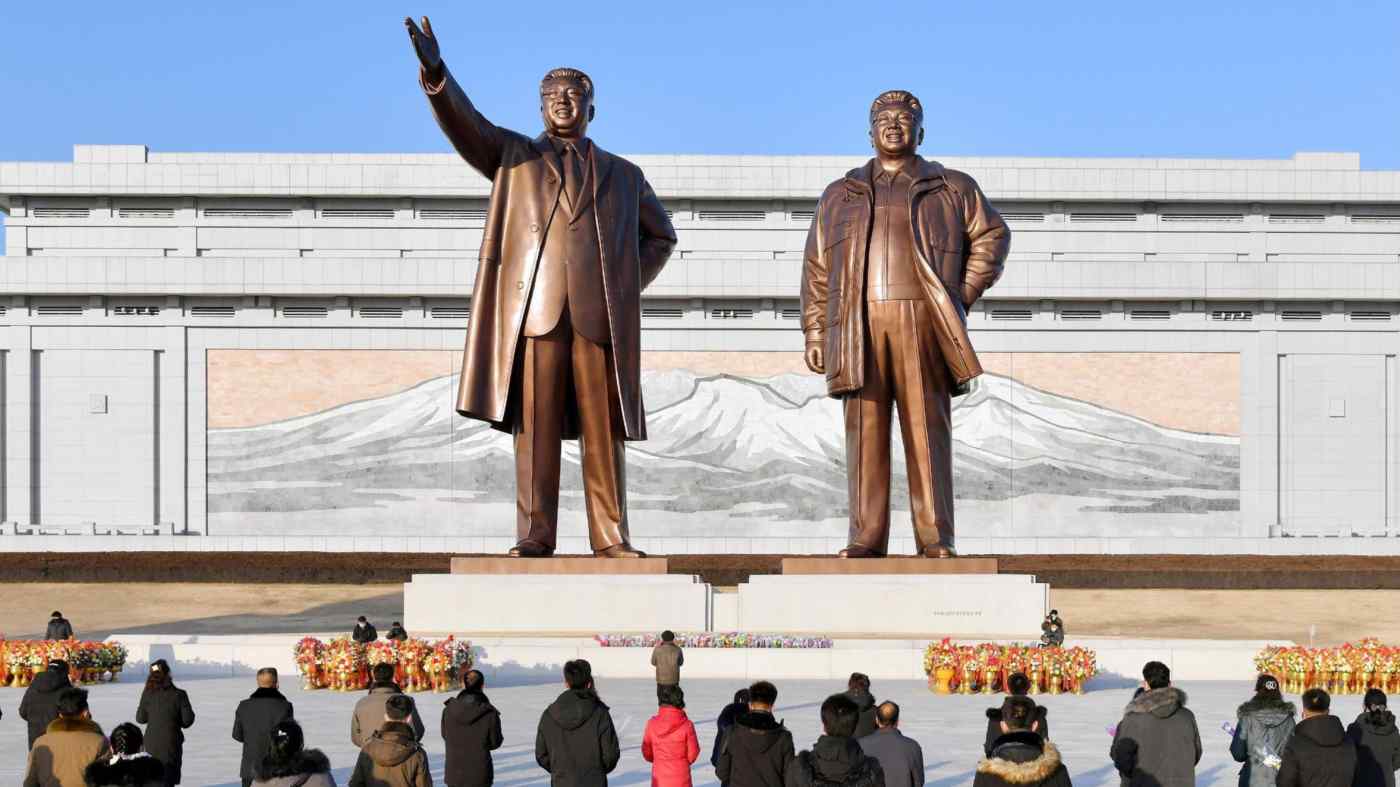 TOKYO -- North Korean leader Kim Jong Un was given a new top party title during the 8th Congress of the Workers' Party of Korea, which seems to indicate his ambition to set his own policy agenda not dictated by the principles put down by his two widely worshipped predecessors.

The ruling party congress, which in theory is North Korea's highest decision-making body, bestowed Kim with the title of general secretary of the Workers' Party, the same status held by his late father Kim Jong Il as well as grandfather Kim Il Sung, the venerated founder of the country.

The title, which had not been held by a leader of the country for 10 years, comes amid crises sorely testing Kim's leadership.

Kim faces with a slew of challenges, including a soured relationship with the U.S., the coronavirus pandemic, tough international economic sanctions to punish the secluded country for its nuclear and missile programs and damage caused by a series of floods. Now, he seems to be intent on becoming a leader in his own right by rising out of the shadow of his paternal lineage, from which he derives the absolute power to rule the nation.

Both Kim Il Sung and Kim Jong Il, the latter North Korea's supreme leader for 17 years until his death in December 2011, held the title of general secretary.

Kim has been ruling North Korea since his father died. Until the seventh party congress in 2016, he led the party as its first secretary, a title he created for himself in 2012 after making his father the party's "eternal general secretary."

Kim Jong Un, the third-generation leader in his family's dynastic rule, is still young and has no experience of military service.

Kim Jong Un needs to "show his loyalty to his grandfather and father by idolizing and deifying them in order to stress his legitimacy," says an anonymous source. 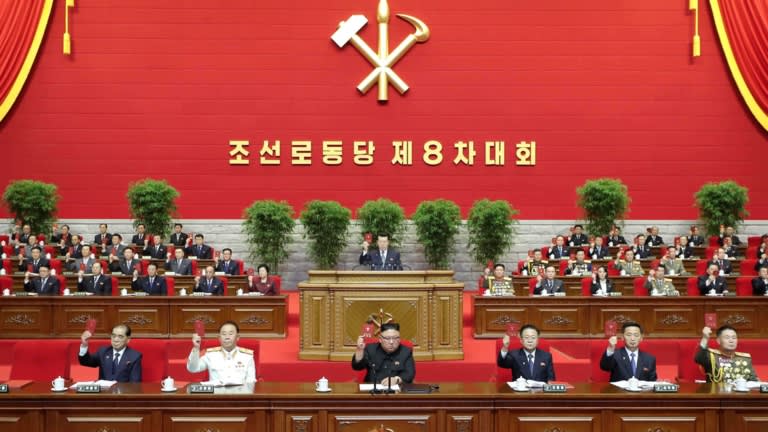 The younger Kim's decision to take the title of general secretary is obviously a move to elevate his power and status to a higher level that allows him to set policies without being constrained by the legacies of his father and grandfather.

In North Korea, the word "eternal" attached to the title of a deceased leader means his philosophy and political and other thoughts should be considered to be alive and well. Words of instruction and guidance uttered by the late leader while alive are also regarded as having absolute authority.

Kim Jong Un has been using the instructions left by his father and grandfather in ruling the country. Now in his 10th year in power, Kim may be feeling shackled by them.

Successors to powerful dictators having trouble in trying to change policies has historical precedents in China and the former Soviet Union.

Kim Jong Un has revived the title of party general secretary to liberate his rule from the legacies of his paternal ancestors, according to an anonymous source informed about what is happening within the country's corridors of power.

The young leader thought he would be able to steer the country away from the course charted by his father and grandfather only by getting the title they had and thereby achieving the same status.

While capitalizing on the huge, lasting influence of the two ancestors, Kim Jong Un appears to have the ambition to move beyond their sphere of authority. Symbolic signs of that ambition were visible in the April 25 House of Culture, a hall in Pyongyang where the party congress was held. In the previous congress in 2016, the gigantic portraits of Kim Il Sung and Kim Jong Il were put up behind Kim Jong Un's seat in the hall's 6,000-seat main theater. This time, however, the pictures were replaced by a party flag featuring its emblem composed of a hammer, a sickle and a calligraphy brush. The lobby of the hall was decorated with huge photographs of Kim Jong Un.

Another important piece of news emerged from the congress. Kim Yo Jong, the North Korean leader's influential sister, was apparently demoted after rapidly climbing the party ladder to a prominent position within the regime.

Since she is also a direct descendant of Kim Il Sung, she will be promoted to an important post again sometime in the future. But the apparent demotion of Kim Yo Jong, who became an alternate member of the Politburo last year and was in charge of the country's diplomatic relationships with the U.S. and South Korea, may be a sign that foreign policy issues have become less important for the leader's political agenda, at least for now.

The latest personnel changes signal a general decline in the weight of the diplomatic team. In contrast, Jo Yong Won, a senior party official in charge of ideological censorship and personnel affairs, was promoted to the Politburo's elite five-member standing committee.

A closer look at these and other key facts about the party convention offers some important insights into the North Korean leader's thinking about his country's relationship with the U.S. U.S. President Joe Biden at the White House in Washington on Jan. 28. Kim Jong Un likely has little hope for any short-term progress with the new administration that could lead to the easing of sanctions against his country.   © Reuters

Kim probably has little hope for any short-term progress with the new U.S. administration of President Joe Biden that could lead to the easing of sanctions. He is also betting that tensions in U.S.-China relations will remain high, which means North Korea will again be an important bargaining chip in diplomatic talks between the world's two leading powers.

Kim apparently intends to behave in a way that allows Pyongyang to continue receiving support from Beijing for the time being. While taking steps to ensure that his regime's nuclear and missile arsenals will be recognized as a fait accompli, Kim will wait for a diplomatic opportunity to extract a concession from the Biden administration.

In the mean time, North Korea may take such provocative actions as firing ballistic missiles. The world should brace itself for more dangerous moves by the young and reckless leader.