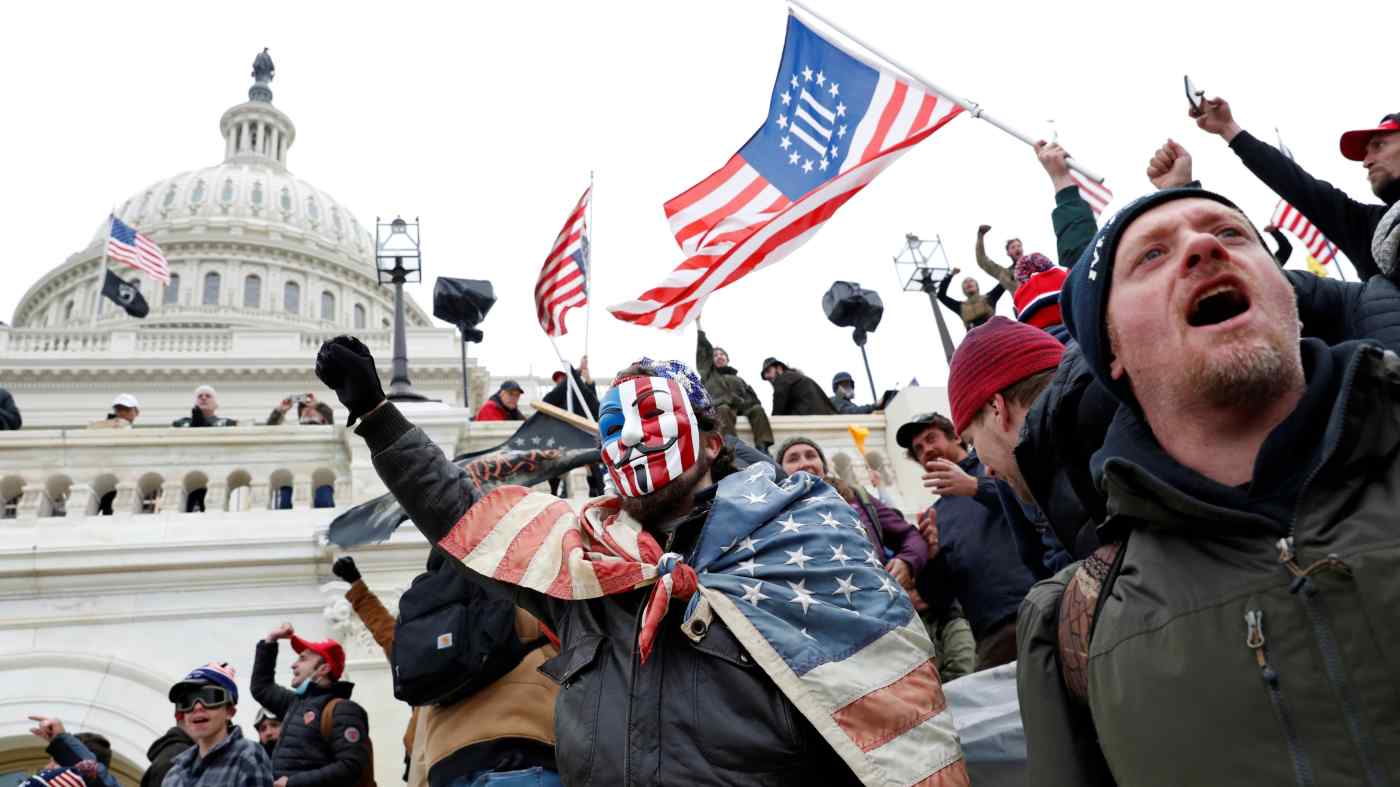 Trump supporters besiege the U.S. Capitol building after a rally to contest the certification of the 2020 presidential election results by Congress on Jan. 6 in Washington.    © Reuters
HIROYUKI AKITA, Nikkei commentatorJanuary 11, 2021 11:47 JST | China
CopyCopied

TOKYO -- In 1966, Mao Zedong, chairman of the Communist Party of China, launched the Cultural Revolution by inciting the masses to attack his political foes while he was on the back foot in jockeying for power. The de facto mass coup d'etat threw China into a decade of unprecedented chaos in its history.

Though fundamentally different in scale and political backgrounds, the disorder triggered by U.S. President Donald Trump in his own country is reminiscent of Mao's tactics. Trump prompted a mob of his supporters to storm the Capitol building on Wednesday.