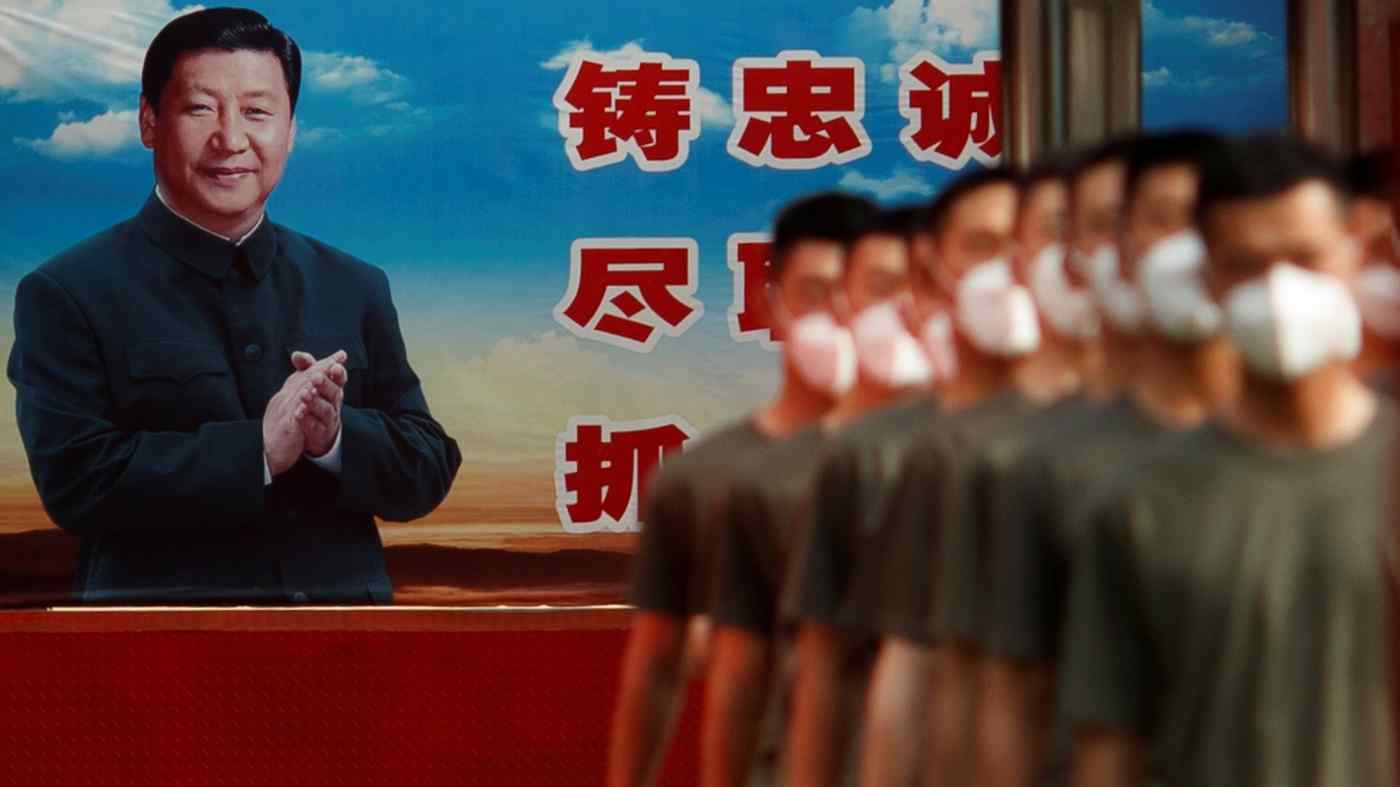 A poster of Chinese President Xi Jinping is displayed at the Forbidden City. With the failure of the U.S. to join the TPP, Beijing pressed forward with the RCEP.   © Reuters
HIROYUKI NISHIMURA, Nikkei senior staff writerApril 29, 2021 09:34 JST | Japan
CopyCopied

TOKYO -- The world's largest trade pact that encompasses 30% of the global economy is set to come into force as early as this year.

The Regional Comprehensive Economic Partnership, or RCEP, was ratified in Japan's upper house of the Diet on Wednesday, bringing it one step closer to reality.

China has already assumed a leadership role in the arrangement and will inevitably see its clout increase over the Asian economic order. The U.S. and Japan need to come up with new ideas.

The agreement includes the 10 member countries of the Association of Southeast Asian Nations as well as China, Japan, South Korea, Australia and New Zealand.

Zbigniew Brzezinski, the national security adviser under former U.S. President Jimmy Carter, once called Eurasia the "grand chessboard" pitting the Soviet Union against the West. To borrow from that metaphor, a grand board of "go" or "wei chi" is developing in the Asia Pacific region. The economic turf battle between China and the free world is growing in intensity. Workers rope a container ship at a port in Qingdao, China. The country will dominate the RCEP trade pact.   © Reuters

Under President Barack Obama, the U.S. strove to launch the Trans-Pacific Partnership (TPP) as a means to harness China's ever growing influence. That strategy fell apart when President Donald Trump took the nation out of the pact in 2017.

Japan worked hard to salvage the TPP and put together an 11-member deal, reframed as the Comprehensive and Progressive Agreement for Trans-Pacific Partnership.

But without the U.S., the bloc suddenly became a more modest affair, covering just over 10% of the global economy.

This provided an opening for China to strike back, through RCEP.

Under RCEP, member states will abolish tariffs on 91% of goods, notably lower than the 99% threshold in the TPP. By lowering the bar, China put emphasis on allowing as many countries as possible to enter, thereby taking the initiative of the pact. The opening chapter of this tale has been all China.

Japan suffered a major setback when India decided not to join RCEP. Tokyo had hoped that the South Asian country would serve as a counterweight to China's outsize influence. Yet, due to a fear of Chinese goods flooding the market, India chose not to participate.

An intense debate took place within the Japanese government over whether to support  a China-led RCEP. But the concern over a new economic order emerging without Japan's involvement won out in the end.

The next move is tricky. Japan continues to lobby India to join the RCEP, but that ship looks to have sailed.

"I sense no enthusiasm from the Modi administration," said a senior official in Japan's Ministry of Economy, Trade and Industry, speaking of Indian Prime Minister Narendra Modi. Over in the U.S., President Joe Biden is pursuing a "foreign policy for the middle class" that prioritizes the interests of ordinary citizens and workers. Biden said he will not sign any major trade deal that does not have the support of the American people, emphasizing the he will only ink agreements in which labor unions and similar stakeholders are involved in the decision-making process.

This indicates that Biden faces a large hurdle in joining the CPTPP, which has been criticized for favoring big corporations.

Still, Japan and other Asian countries that uphold principles of economic liberalism and democracy do not wish for an economic order in which China holds great sway and is infiltrated by its state capitalist policies.

To prevent that outcome, the U.S. will need to be involved economically in the region and some way must be found to strengthen coordination among allies and friendly nations.

There are two things that can be accomplished near term.

One is to forge a multilateral economic accord based on a new concept. Conventional trade pacts, including the TPP, are written with a focus on goods and tend to exacerbate clashes of interests between nations and industries.

While such agreements do have an effect of liberalizing trade and initiating economic reforms in the long run, under the new reality that the U.S-China rivalry has ushered in, it would be realistic to start from areas where all parties can easily agree on.

Jake Sullivan, the U.S. national security adviser and co-architect of the "foreign policy for the middle class," advocates for a departure from economic diplomacy biased toward trade in the manufacturing industry and highlights the importance of the service sector. Sullivan says there is room to consider a different type of accord.

Matthew Goodman, senior vice president at the Center for Strategic and International Studies, points to the possibility that the U.S. could gather like-minded countries to create rules covering digital technology, data and e-commerce. Such regulations are already in the works in the World Trade Organization and the Asia-Pacific Economic Cooperation, and these efforts could translate into a comprehensive agreement.

A deal governing the digital space would curb tensions over how a limited pie is divided up. Making rules for the new era would also serve as a catalyst for transforming the economy.

Another immediate pathway to contain China's influence is to strengthen economic ties between the Quad nations of the U.S., Japan, India and Australia.

The Quadrilateral Security Dialogue is a framework that deepens regional cooperation between members of the free world. It has been a poster child for the "free and open Indo-Pacific" concept led by Tokyo and Washington. The game of go, or wei chi, is a competition between two players over who can surround more territory than the opponent.   © Reuters

But as of now, the Quad has leaned heavily toward security, such as conducting the Malabar joint exercises in the Bay of Bengal and the Arabian Sea last November.

If Quad activities expand into the economic arena, the approach could become an effective tool to encourage liberal economies to firmly take root in Asia, including the region's smaller countries. The four countries are already starting to collaborate on important infrastructure, such as data communication and energy, through relevant organs.

Quad leaders confirmed that they will deepen dialogue on vital high-tech supply chains during the maiden summit in March. If efforts to create a "China-free" supply chain accelerate, India anticipates taking on a portion of that itself. European countries are showing growing interest in the Quad as well.

At this stage of the game, the great power competition has only been local skirmishes. But going forward, the chess board, or "go" board, will quickly expand.

To challenge China, the liberal block needs a grand strategy. It will need to place the go pieces carefully yet creatively, with an eye on multiple countries as well as the economic and security frameworks of the region.