Entrepreneurs flock to the Chinese city to tinker with, not invent, technologies 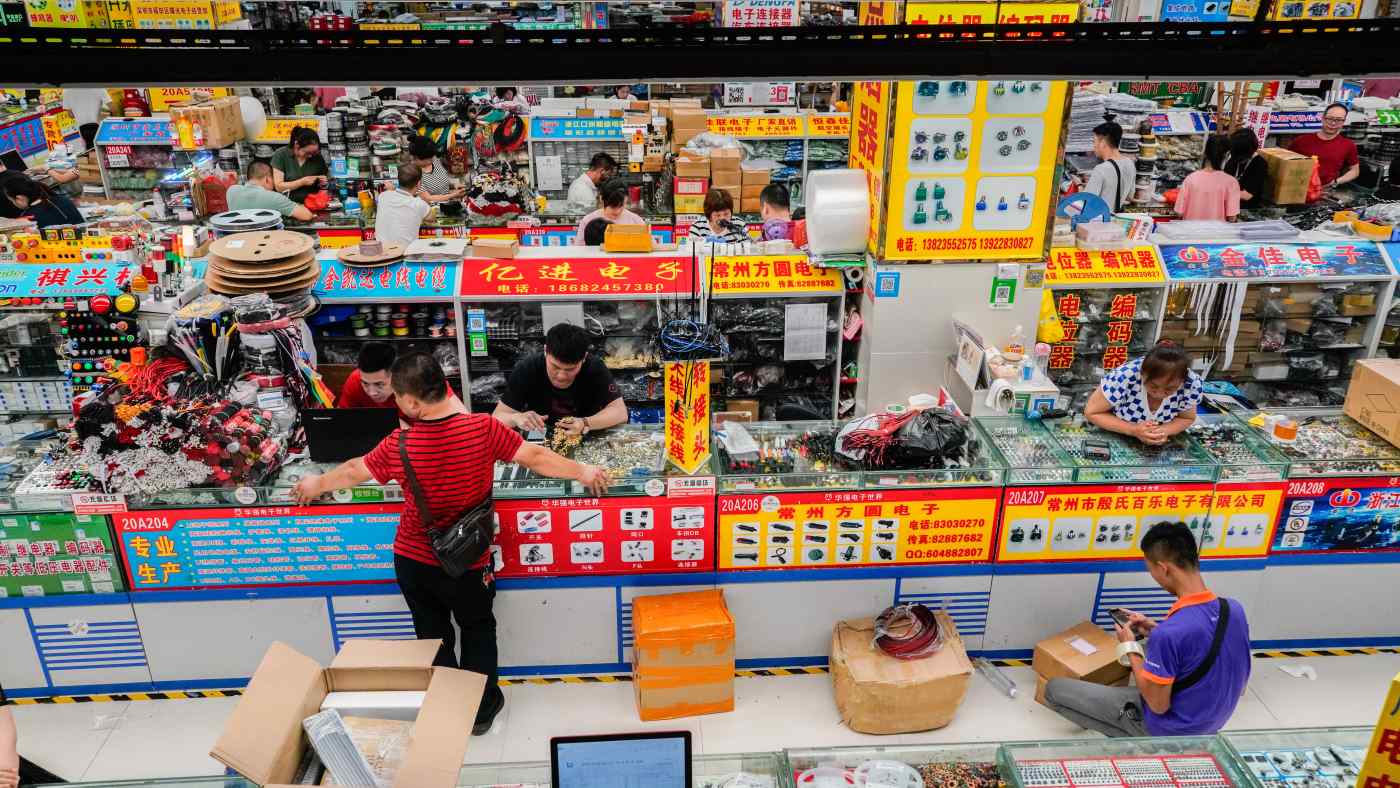 Shenzhen, an experimenter's delight: The city is filled with high-tech parts and young people who want to put them together in brand new ways.
YASUMASA YAMAMOTO, Industry Partner, DNX VenturesAugust 27, 2019 13:54 JST | China
CopyCopied

TOKYO -- The Walkman, Sony co-founder Akio Morita said in commemorating the portable cassette player's 10th anniversary, demonstrated that an excellent industry could be established from a knowledge of existing technologies and ideas for assembling them into new products.

It has been 30 years since the late Morita spoke about the wisdom behind the iconic device. It is the same kind of wisdom now on display in Shenzhen, sometimes called "China's Silicon Valley."

But this nickname is not quite accurate. Unlike Silicon Valley, where semiconductors, software and other new technologies are born one after another, Shenzhen is where trend-conscious young people gather, experiment with technologies and innovate.

While Silicon Valley bloomed out of farmland thanks to the semiconductor, Shenzhen's development rests on the smartphone. It has more similarities with Tokyo's Akihabara neighborhood, but without the anime culture. With an abundance of inexpensive smartphone parts, Shenzhen is the optimum experimental site for launching hardware startups.

The city hosts the head offices of many hardware companies, including smartphone makers Huawei Technologies and ZTE, as well as BYD Auto, which produces electric vehicles and rechargeable batteries. DJI, a leading drone maker, and Tencent Holdings are also headquartered in Shenzhen.

Tencent provides the popular WeChat app but is becoming known for its ferocious "996" work spirit that keeps employees toiling from 9 a.m. to 9 p.m. six days a week.

Shenzhen might be perceived as a home to many factories, but its demographics say it is much more. Most of its residents are in their 20s and 30s. The average age is 32. Since young people are open to new services and devices, Shenzhen has become a test kitchen of sorts, where a bevy of new products go for trial runs.

People in their 50s and 60s are rarely seen. The 996 culture apparently does not lend itself to post-retirement lifestyles. But this is a feature of China's industrial policy. Tech giant Tencent is headquartered in Shenzhen. Its WeChat app is hugely popular, but the company is also known for its intense work culture.

Silicon Valley's origin is said to be traceable to Stanford University professor Frederick Terman's support of Bill Hewlett and David Packard, who established Hewlett-Packard. In addition, William Shockley, an inventor of the transistor, set up Shockley Semiconductor Laboratory in the area. Eight researchers left the laboratory and in 1957 set up Fairchild Semiconductor.

At that point, Silicon Valley began to raise its status and attract talent from all over the world. Immigrants now account for roughly half of the managers at Valley unicorns, privately held startups valued at $1 billion or more.

Shenzhen's development into what it is today began after Chinese policymakers in 1980 designated it a special economic zone. More than two decades later, in the mid-2000s, Shenzhen had gained a dubious reputation because of all the fake mobile phones that used to be sold there.

Around 2009, Shenzhen's development went into overdrive, thanks to the ample availability of smartphone parts. Also helping the city to switch gears was the arrival of new Stanford graduates returning to China and setting up businesses there. More young people followed.

So too did modern infrastructure. Shenzhen is now a 15-minute bullet train ride from Hong Kong, one of the world's leading financial hubs. Now, the symbiotic relationship between Hong Kong and Shenzhen is comparable to that between New York and Silicon Valley.

But with many of China's brightest young minds enrolling at Tsinghua University and Peking University, both in Beijing, Shenzhen is culturally different from Silicon Valley, which benefits from having Stanford University at its center.

Yet, given the wide gap between academic theory and technologies that are usable in the real world, a nearby university might not be necessary -- as long as a mechanism exists to attract brilliant young minds.

Shenzhen's advantages include its ability to leverage China's enormous production capacity, its preference for bringing in new technologies over pursuing technological breakthroughs and the fact that its development is a national policy.