Sony forges ahead -- and leaves hard numbers behind TOKYO -- Sony Group appears poised at long last to resolve the main management challenge it has faced for the past 20 years: how to combine its wide-ranging "software" operations -- music, movies, finance -- with its former flagship electronics business. Similar issues vex conglomerates around the world.

Sony Chairman and CEO Kenichiro Yoshida made his first public remarks since the company added "Group" to the Sony name in April in an online briefing on May 26. The event attracted a great deal of attention from market participants and business partners, as he discussed Sony's plans for next three years.

Sony holds a briefing every year around this time, and previously the company has laid out numerical profit targets and specific initiatives for each business. Last year, the reorganization that accompanied the corporate name change and the transformation of its financial operation into a wholly owned subsidiary were hot topics.

At this year's briefing, however, Yoshida offered few specific figures. The company did not mention its EBITDA (earnings before interest, taxes, depreciation and amortization) and capital spending estimates, which it had announced in advance. The only number that came up was the company's goal of expanding its customer base to 1 billion from the current 160 million.

However, there was no deadline for reaching this target, nor a clear definition of who constitutes the customer base, such as registered users. Rather, the customer base is a "community of interest," according to Yoshida, a group of fans who are exposed to Sony's products and services on a daily basis. Instead of numerical targets, Yoshida repeatedly referred to "excitement." The entire group will work together to provide products and services that excite users.

At first glance, this goal may seem vague, but Yoshida conveyed a forceful message by purposely not discussing numbers. This is Sony's answer to the "conglomerate discount" -- the tendency for a sprawling company's total value to be seen as less than the sum of its parts.

But the company's sheen faded as the internet took off in the 1990s and 2000s. In an era where software is seen as key to creating value, Sony's prized electronics were swept away by a wave of commoditization. Successive generations of managers at Sony have tried to respond to digitization. Nobuyuki Idei, who led the company from 1995, was among the first to see what was coming, declaring: "The internet is a meteorite that has fallen on the business world." He pushed for changes aimed at bringing Sony into the digital era. Idei believed it was necessary to disabuse management of the idea that electronics was Sony's main business. He saw the company's future in content, such as movies and music.

In his 2006 book, "Mayoi to Ketsudan" ("Lost and Determined"), published the year after he stepped down, Idei revealed that he had considered shifting Sony to a holding company structure to shake things up. "I wanted to create a Sony zaibatsu as a new type of company for the 21st century," he wrote, referring to the conglomerates that dominated Japan's economy in the early 20th century. In Idei's vision, the Sony zaibatsu would be bound together by a holding company, informally named "Sony Creative Management."

Idei dismissed Sony's pride in its electronics business as "intense idolatry." The point of shifting to a holding company structure was to tap into the potential of Sony's entertainment operations, such as movies and music, which had previously been seen as a side business. In the end, he abandoned the project, citing concerns from associates about making too rapid a transformation, but Sony's weak performance and depressed stock price may have also been factors.

Howard Stringer, Idei's successor, also called for a group effort under the slogan "Sony United." His goal was the same as Idei's. The idea was to combine the entertainment division's intangible assets with hardware from the electronics division. Stringer likened Sony to a grain silo divided by a wall. He advocated "breaking down the silo," but was unable to do so. Kazuo Hirai, who took the reins as president of Sony in 2012, undertook bold reforms that paved the way for the company's restructuring.

Stringer and Idei failed to produce results despite having similar goals because they could not rejuvenate Sony's slumping electronics business. But the company got a fresh tailwind after Kazuo Hirai took over as president in 2012.

Hirai had been through the tough times, overseeing Sony's TV business as it spent eight consecutive years in the red. His appointment was not well received at first: Immediately after he took over, the company's stock price fell below 1,000 yen for the first time in 32 years. That is less than one-tenth its current value.

But the tough reforms Hirai instituted began to bear fruit in 2014, his third year as president. The company sold off a number of businesses, including personal computers, and restructured its electronics operations by spinning off its TV operations.

Hirai's background was in the music business and he rose to prominence in Sony's video game division. Insiders complained that Hirai had "no knowledge of electronics," and many within the company opposed his restructuring efforts. The old guard, who had built Sony into an electronics titan, were particularly antagonistic. Some went so far as to repeatedly confront Hirai at head office, pressing him to step down.

But Hirai stuck to his vision of a group focused on revival as well as restructuring. He pushed ahead with the shake-up under the slogan, kando, meaning excitement or passion. The group would devote itself to a simple goal: creating exciting products and services.

Applying an "excitement level" to the electronics business, which continues to languish, gives clarity: Sony must break out of the commodity business. To do this, for example, Hirai dropped a numerical target of "40 million units per year" for the company's TV sales, opting instead for "quality over quantity." 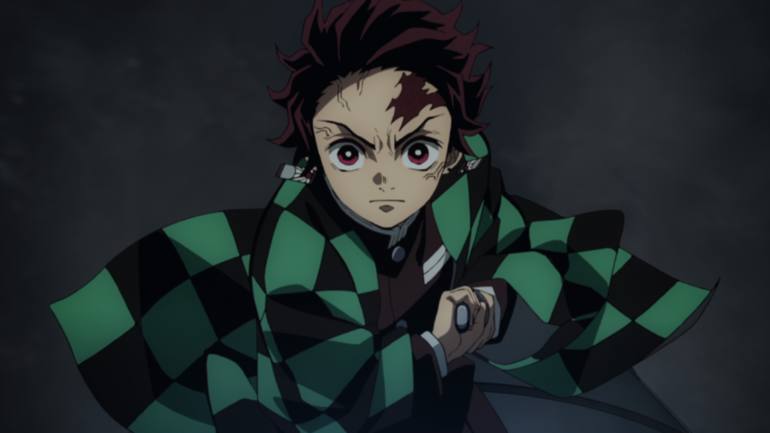 Yoshida is following in Hirai's footsteps, calling excitement a "pillar of management." It is natural that Yoshida would focus on excitement rather than numbers, as he was in charge of making Hirai's reforms a reality. Twenty years after Idei heralded the tectonic shifts brought on by the internet, Sony appears to have finally found a way to tap into the strengths of its disparate businesses.

Yoshida defined this as the "excitement value chain." It basically runs as follows:

Sony provides the high-tech cameras and mobile devices that artists see as essential tools for creating exciting content, which people then enjoy on high-quality Sony devices. The content and other assets will be developed horizontally -- video, music, games and the like.

It looks as if Sony has solved its 20-year puzzle, but it has only taken the first step. Yoshida cited the hit anime "Demon Slayer" as an example of the excitement value chain. It has grown from a TV show to a feature film and music. Games based on the characters are in the pipeline.

But there are still only a few examples of this kind of horizontal asset development. For "excitement management" to succeed, Sony needs similar stories across the group, including electronics. The management reform that Yoshida inherited is still a work in progress.

To build Yoshida's excitement value chain, Sony will have to incorporate platform businesses, like U.S.-based Jellysmack, a rapidly growing startup that supports creators. Even for a huge conglomerate like Sony, there are limits to what a single company can do. Will Sony be able to realize the ideals outlined by co-founder Masaru Ibuka?

When discussing Sony's management, people often cite the founding prospectus of its predecessor, Tokyo Tsushin Kogyo. The document, drafted in 1946 just after the end of World War II by co-founder Masaru Ibuka, contains a particularly famous phrase: the company would "establish an ideal factory that stresses a spirit of freedom and open-mindedness, where engineers with sincere motivation can exercise their technological skills to the highest level." Ibuka then said the following about the company's management policies:

"We shall avoid any formal demarcation between electronics and mechanics, and shall create our own unique products uniting the two fields, with a determination that other companies cannot surpass."

In other words, Sony would not remain simply a consumer electronics manufacturer, but become a company that pursues value that no other could offer. The "modern translation" of this is Yoshida's group management based on excitement. The reforms that the reborn Sony are pursuing are actually a return to its origins. The world will be watching how Yoshida's Sony meets the ideals laid out by the company's storied founder.