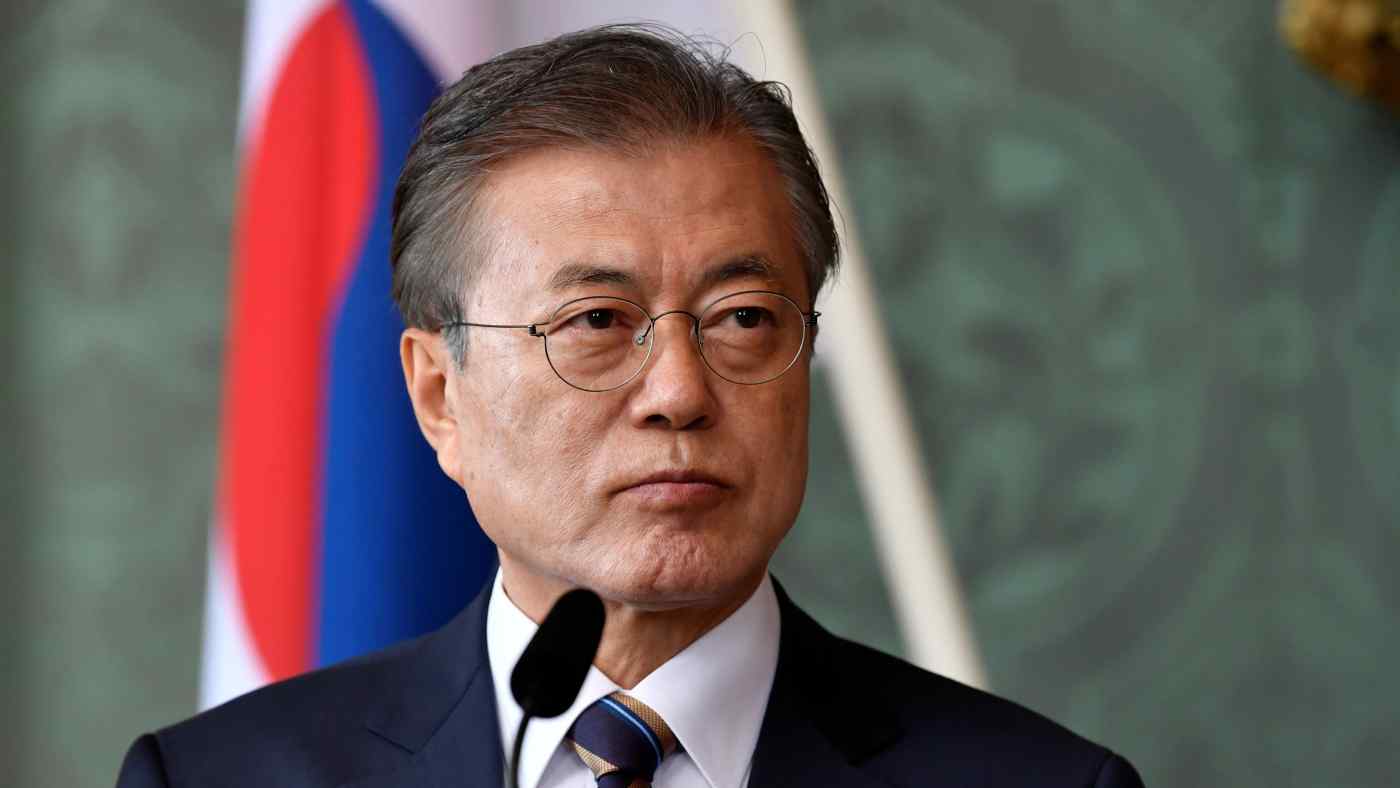 TOKYO -- South Korean President Moon Jae-in has two public personas when it comes to dealing with Japan: the statesman and the activist.

In his address marking South Korea's Liberation Day on Aug. 15, which celebrates the end of Japanese colonial rule on the peninsula, Moon avoided stirring up nationalistic, anti-Japanese sentiment. One line in particular stood out. "If Japan chooses the path of dialogue and cooperation, we will gladly join hands," he said.