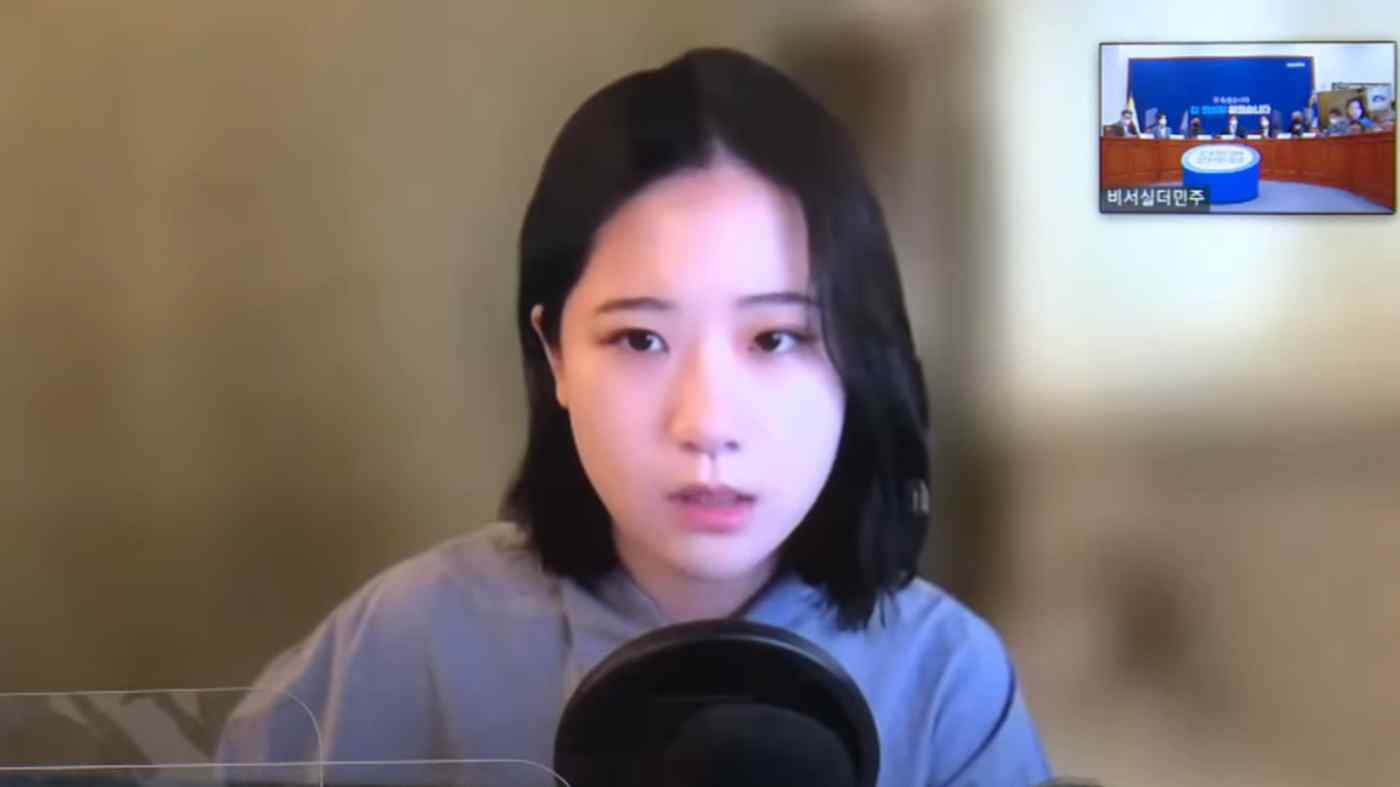 SEOUL -- After its narrow defeat in the presidential election earlier this month, South Korea's ruling Democratic Party scrambled to regroup with a major leadership reshuffle on March 13. While its senior officials resigned en masse, the party of outgoing President Moon Jae-in tapped a 26-year-old activist who has worked toward eradicating online sex crimes to lead its campaign for all-important local elections in June.

The center-left party hopes the appointment of Park Ji-hyun as the co-chair of its emergency committee will help boost its appeal to idaenyo, or women in their 20s, a key support group for its presidential candidate, Lee Jae-myung. But some critics say the move could only widen the gender divide in the country.