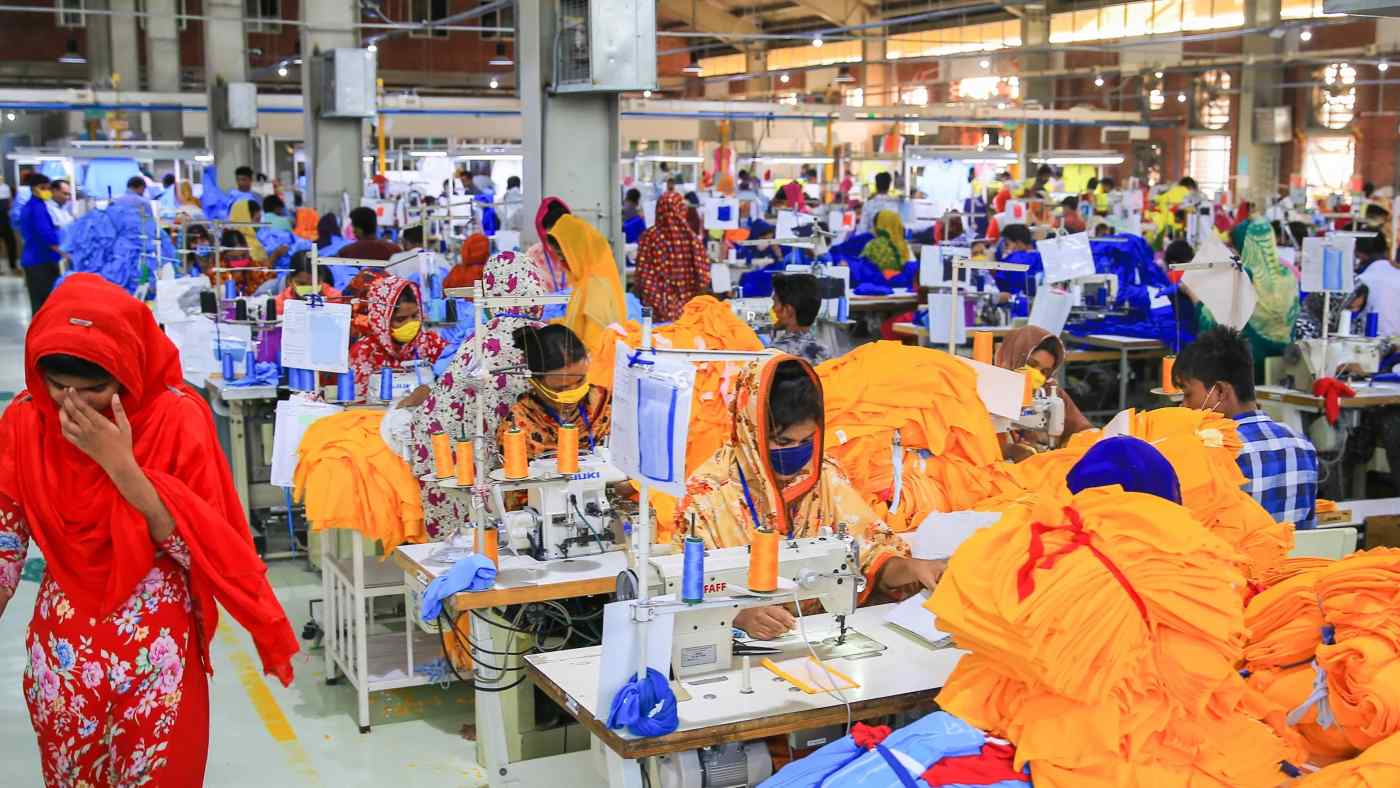 Workers at a garment factory in Bangladesh: As more multinationals shift production to Southeast Asia, they are attracting the attention of NGOs and investors concerned about sustainability.(Photo by Akira Kodaka)
RYUSHIRO KODAIRA, Nikkei senior staff writerSeptember 3, 2019 11:52 JST | Southeast Asia
CopyCopied

BANGKOK -- Few top corporate executives can afford to ignore the issue of sustainability, at least in public.

A search of the Nikkei Telecom database for news stories with the term "sustainability" returned 78 articles in this year's Nikkei morning and evening editions, as of Aug. 18. That compares with just 48 articles for all of 2018, and it speaks volumes about the growing interest in the topic.

The Business Roundtable, an influential U.S. group of CEOs, has declared that it will no longer focus solely on maximizing shareholder value, in effect abandoning corporate America's most sacred tenet. The group has broadened its definition of the purpose of a company from earning the largest possible profit to creating a better society. The change reflects a growing consensus among business leaders that companies that are not in tune with broader social values cannot last.

There is little doubt that the sustainability issue will gain even more traction in the coming years in the U.S., Japan and many other parts of the world.

Southeast Asia is no exception. A recent forum on sustainable banking in Bangkok grappled with the region's environmental and human rights problems. These questions will be on the minds of multinational companies as Southeast Asia grows as a manufacturing hub and becomes a key link in global supply chains.

Companies that are seen as slow to tackle these problems easily come in for criticism from nongovernmental organizations and others devoted to particular causes. These groups can damage a company's image and brand value. The stigma of being a sustainability laggard can weigh on the company's share price and make banks less willing to extend credit.

The fact that the forum was organized by the Bank of Thailand, the central bank, underscores the links between sustainability and finance. Attendees were shown a video in which people cut in two credit cards issued by a U.S. bank due to its perceived lack of commitment to environmental sustainability.

Criticism of companies with poor records on sustainability tends to be fiercer in Southeast Asia than in Japan.

Fast Retailing, owner of the Uniqlo casual fashion brand, had been in hot seat over working conditions at factories in Asia that make its products. The company has learned from the experience and has taken steps to make its supply chain more transparent, such as publishing a list of its main sewing factories.

It also published its management policy on its website in multiple languages -- not only European ones but also Chinese, Korean, Thai and Indonesian. Putting out media releases in English is no longer adequate for global companies that require an effective public relations strategy.

The trade spat between the U.S. and China is casting a spotlight on Vietnam and other countries in Southeast Asia as multinationals seek alternative production centers. In addition to Western and Japanese companies, major Chinese manufacturers are also shifting production to Southeast Asia in droves.

This trend has caught the eye of NGOs and other bodies monitoring the sustainability efforts of businesses. They are said to be expanding their staffs to keep a close watch on Southeast Asia.

European investors, who place a high priority in their investment decisions on companies' environmental and human rights records, are beginning to demand more details on working conditions from those who operate in the region. NGOs and sustainability-conscious investors are increasingly exchanging information about labor conditions in Asia, and working together to put pressure on companies to improve.

In developing business strategies for Southeast Asia, companies clearly need to look beyond such factors as labor costs and infrastructure, and pay serious attention to sustainability issues. Sustainability is no longer a topic that can be confined to boardrooms in New York and Tokyo.