The world is less safe when leaders videoconference 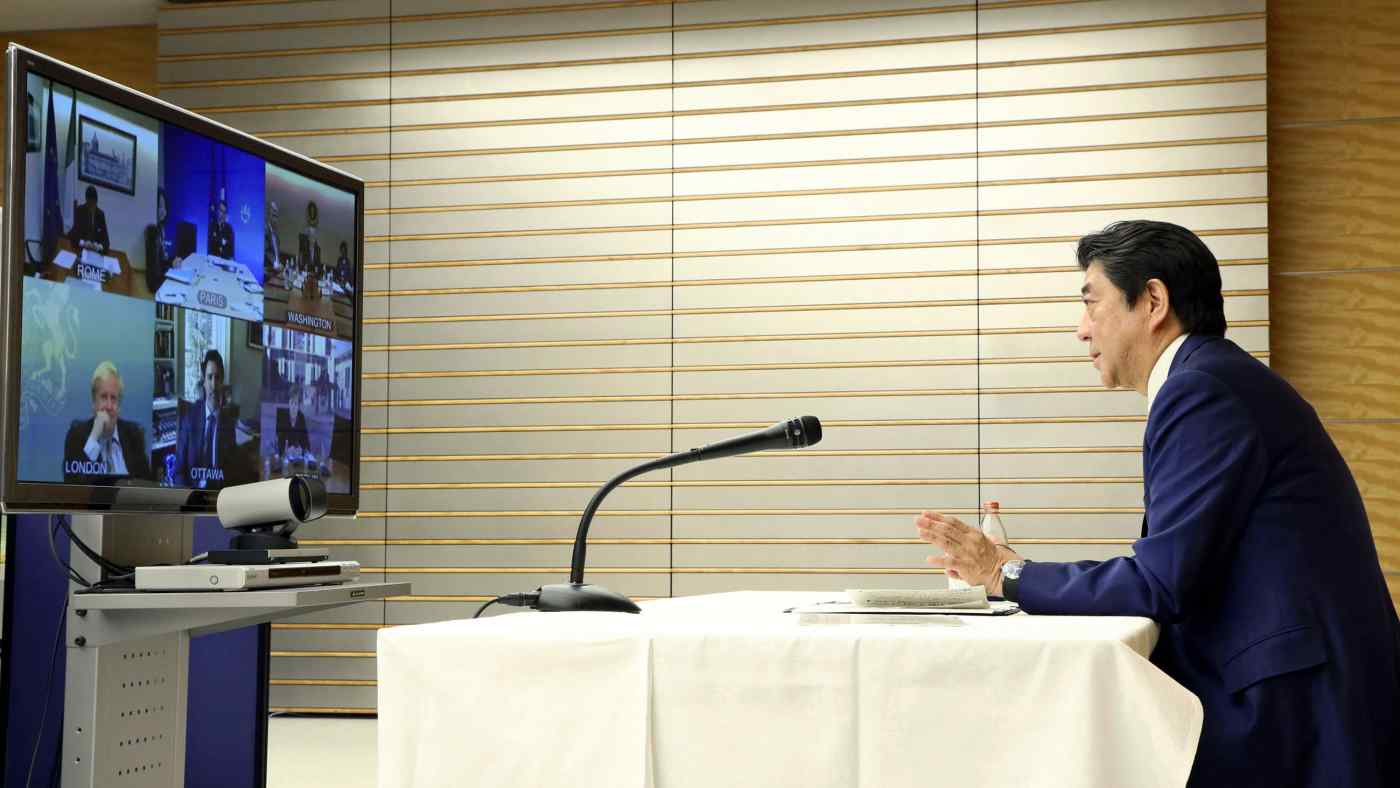 TOKYO -- The strict travel bans that countries have put in place to contain the spread of the new coronavirus have halted cross-border interchanges in unprecedented ways.

Not even during the Cold War days did countries shut their borders to outsiders to this extent.

The isolation prevents national leaders and senior officials from meeting face to face, creating a precarious situation for world peace.

The Korean Peninsula, the Middle East and the South China Sea remain powder kegs. The U.S., Japan, Australia and Europe need to work closely together to contain military flare-ups. Dialogue with China and Russia is also essential toward this end.

Video was also adopted for the Group of 20 leaders' conference, as well as the three-way foreign ministers' meeting by Japan, China and South Korea.

The U.S. holds the G-7 presidency this year. U.S. President Donald Trump, no fan of these gatherings, encouraged members to voice their opinions freely without telling them what order to speak in. Under his lead, G-7 members reportedly came to an understanding that the border restrictions would be only temporary, with an aim of ending them as soon as possible.

But only so much can be accomplished via video. First of all, one cannot be entirely free to speak frankly, owing to the risk of leaks.

The G-7 videoconference uses network equipment optimized to prevent wiretaps. But setting up the equipment takes months of building and encryption work, according to a diplomatic source. Outside the G-7, not many nations have completed such a project.

Officially, the G-20 and three-way meetings were conducted via secure connections. But they reportedly had no choice but to use public communications lines.

With the overhanging risk of outsiders listening in, members were forced to remain discreet. U.S. President Donald Trump and Chinese President Xi Jinping. An escalating blame game over the coronavirus pandemic has widened the rift between the two countries, which could lead to increased security tensions.   © Reuters

Diplomacy is not confined to official summits. Leaders and bureaucrats have regularly been more open at summit lunches and dinners than at the summit itself. The videoconference is merely a stopgap measure until regular face-to-face meetings can resume.

But it will likely take considerable time before top leaders and senior officials can freely visit countries again. The question remains whether regional stability can be maintained during this sensitive period.

The pandemic has dealt a large blow to the U.S. armed forces. At least 280 service members were infected as of March 26 -- the day after the Pentagon ordered service members overseas to stay put for 60 days.

So at a minimum, military exercises are canceled. The order may affect certain military operations.

COVID-19 infections were found aboard the aircraft carriers Theodore Roosevelt and Ronald Reagan in March. The former was sailing the Pacific Ocean, while the latter was docked in Yokosuka, Japan.

The two vessels play crucial roles in Indo-Pacific strategy but are now expected to sit idle for some time as sailors are tested and put into quarantine.

Despite the taboo against showing weakness to adversaries, U.S. Defense Secretary Mark Esper was candid about the seriousness of the situation when speaking to reporters March 23.

"If this pandemic continues at the scale and scope of what some are predicting ... over time you could start seeing an impact on readiness," Esper said.

Though the U.S. military is not officially world's policeman, its global presence does play a role in deterring conflict. Tying America's hands on the defense front would create a vacuum that could threaten stability in the Pacific region and Europe. 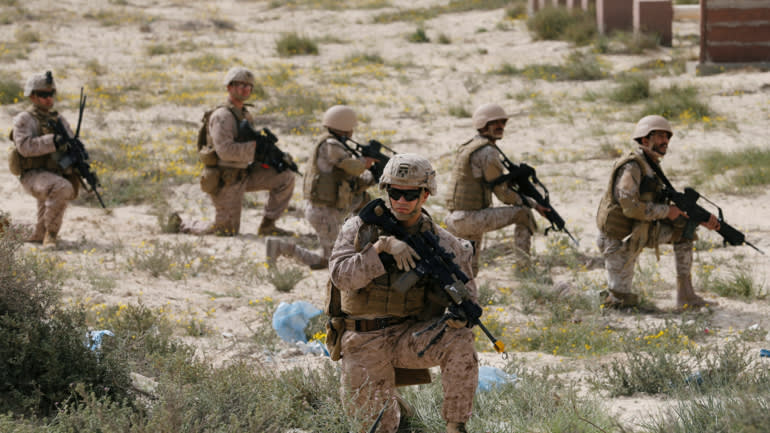 U.S. and Saudi forces conduct a joint exercise in Jubail, Saudi Arabia, on Feb. 26. Cancellations of joint drills and restrictions on fleet movements could prompt the Chinese and Russian militaries to become more assertive.   © Reuters

China has already declared its outbreak to have peaked, while Russia has said it is keeping the coronavirus under control. One can imagine Beijing and Moscow making provocative moves while the virus rages on in the West.

Adding to the threat, North Korea conducted its fourth missile test of March on Sunday.

People inside the Japanese government see these acts of provocation as tests of whether the U.S. and its allies can respond quickly amid the pandemic.

To get through this difficult chapter, the U.S., Europe and Japan will need to win the war on the disease quickly and restore the diplomatic and national security apparatuses to full capacity.

This will entail fully sharing best practices regarding the virus, as well as joint development of vaccines.

U.S. allies should also communicate closely to work out how they can help compensate for the reduced capabilities of the American armed forces.

For political leaders, it is plain that protecting the public from the virus takes priority. But they should understand that self-isolation does not promote the cause of world peace.