Solar is finally cheaper than fossil fuels; wind and EVs are not far behind 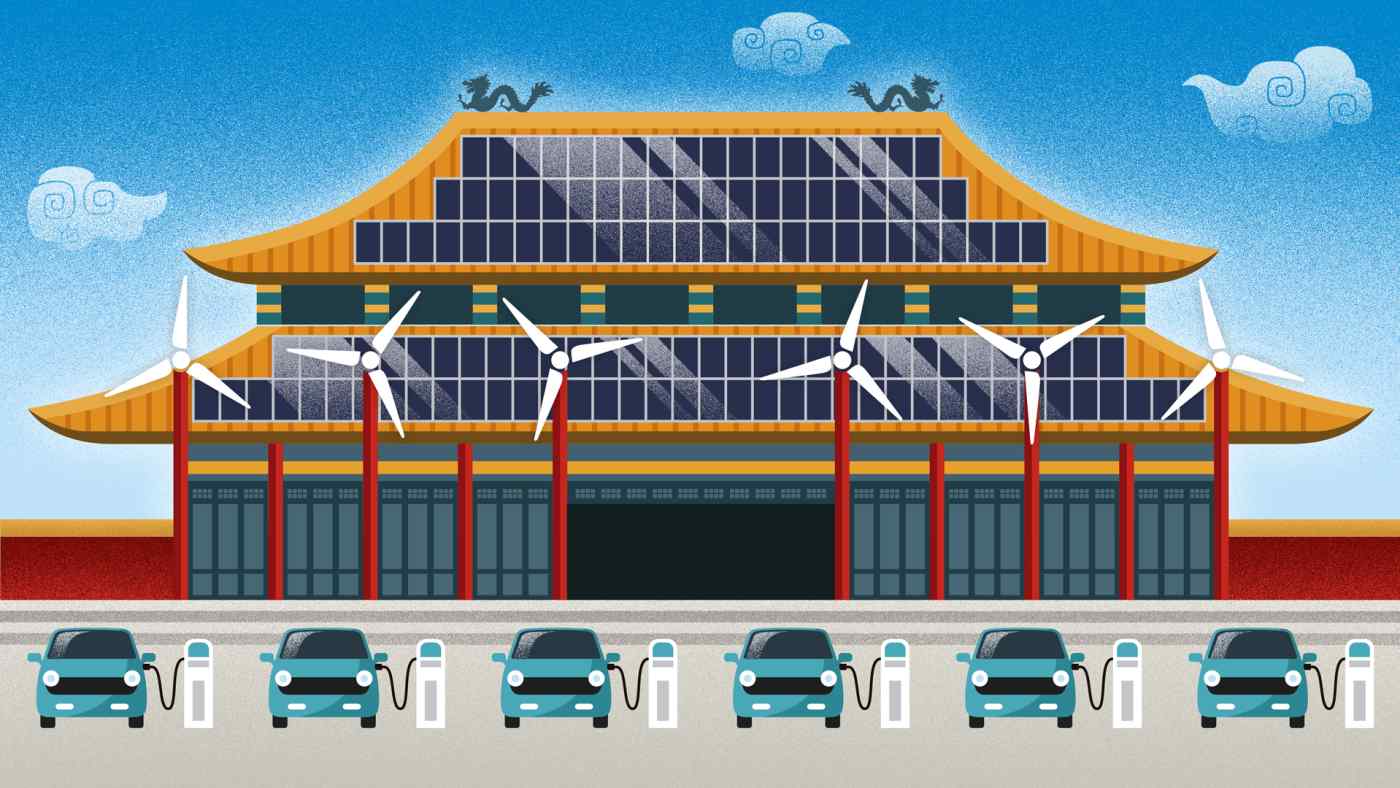 Technological inflection points can be like the proverbial London bus; you wait ages for one to arrive and then three come along at once. Such is the situation in China's clean energy industry, where three big shifts currently underway may yet help to save the planet.

As the world's biggest polluter, China is often painted as an unalloyed climate villain by "Extinction Rebellion" protesters and other activists in the West. But the truth is less convenient and more nuanced. As well as being the biggest emitter of carbon, China is also the world's leader in clean tech.

After decades of big subsidies from Beijing, the industry is now crossing a commercial Rubicon. Solar power, wind power and electric vehicles are all either becoming -- or are set to become -- cheaper alternatives to traditional carbon-emitting technologies.

Solar is leading the way. Unsubsidized electricity generated from solar panels in 11 Chinese provinces now costs less to produce than the power from smoke-belching, coal-fired plants, according to recent research from Citigroup.

"I have been waiting 20 years for this to happen," said Francois Perrin, a Hong Kong-based portfolio manager at East Capital, an investment house. "For the first time ever, we now can produce electricity without carbon emissions at a price that is cheaper than burning coal."

Wind power is set to make the same transition next year and electric vehicles will eclipse conventional cars in cost-efficiency terms as early as 2021, according to several industry experts.

In the case of solar, one large recent project shows the potential. Last December, a 500 megawatt solar plant in Golmud, a city on the vast Tibetan plateau, was connected to the grid selling power for 0.316 yuan (5 cents) per kilowatt-hour, below the 0.325 yuan benchmark price for electricity generated from coal-fired plants.

The new plant benefits from a collapse in the prices of polysilicon, wafers and solar cells that followed Beijing's temporary suspension of solar power subsidies in May last year. That price slide enabled China's solar power industry to reach "grid parity" with coal four years ahead of Beijing's 2023 target.

With wind power on a similar trajectory, some analysts now expect "king coal" to be dethroned sooner than many anticipated.

China is by far the biggest consumer of coal, burning 51% of the world's total and casting a thick plume of smog across the country. But Perrin thinks coal's dominance in China's energy mix is about to go into a prolonged slump, declining from close to 60% now to 30% by 2030 as popular discontent over pollution reinforces Beijing's determination to be a green tech superpower.

Such green ambitions are also evident in the electric vehicle sector. A mix of subsidies and policy support from Beijing has made China the world's leading market for EVs, with sales doubling year on year in the first quarter of 2019 even as sales of fossil-fuel cars decreased.

The key inflection point, though, is still to come. Conventional wisdom has it that when the cost of manufacturing an EV battery cell falls below $100 per kilowatt-hour, electric cars will then become competitive on price with their conventional counterparts -- and the EV revolution will zoom ahead.

In China, prevailing battery costs are hovering around $140 per kilowatt-hour, but are coming down by around $20 a year. This means, says Perrin, that parity should be reached in 2021 or so. Leading companies such as BYD, China's EV industry leader, are gearing up with a fivefold increase in capacity.

Of course, soundings of a Chinese clean tech revolution could prove premature. Boris Johnson, a British politician and former foreign secretary, even told Extinction Rebellion protesters in London to stop criticizing the U.K. and turn their ire instead on Beijing.

"Surely, this is the time for the protesters to take their pink boat to Tiananmen Square and lecture them in the way they have been lecturing us," he said.

In truth, China does not need such lectures. A country that has suffered several "airpocalypses" -- in which extreme smog forces the government to shut schools, cancel flights, restrict road traffic and tell people to stay indoors -- knows all too well the perils of a poisoned environment.