Experts in Asia and Europe are now left wondering how much their countries should rely on America for their security, likely leading to calls for a review of U.S.-dependent policies. This is not unreasonable, considering that the U.S. under former President Barack Obama stopped being the "world's policeman," and that Washington may retreat further from foreign entanglements, even after Trump's departure in two or six years.

With China becoming more powerful, however, a strong U.S.presence in Asia is needed more than ever.

Japan and Australia should work to maintain their strong alliance with America and continue to support the presence of U.S. forces in the region. Without American troops, maintaining security would be considerably difficult, both militarily and economically. The impact would be especially severe on Japan.

According to a 2012 estimate by experts, including Yasuhiro Takeda, professor at the National Defense Academy, Japan would have to spend a total of 23 trillion yen ($206 billion) if it wanted to maintain the current level of defense in the absence of American forces.

Furthermore, should Japan choose to develop its own nuclear arsenal, this figure would rise significantly and actually weaken the country's security.

"Any option for an alternative to the Japan-U.S. alliance is unrealistic," Takeda said. "It would be extremely difficult for Japan to prepare deterrence on its own, including the same kind of nuclear [deterrence] provided by the U.S." Many Japanese officials share this view.

But even if Japan, Australia and other countries stay strongly allied with the U.S., they still need Washington's willingness to commit militarily to security in Asia. If not -- and if the U.S. remains focused on its "America First" policy -- then the region faces mounting risks. 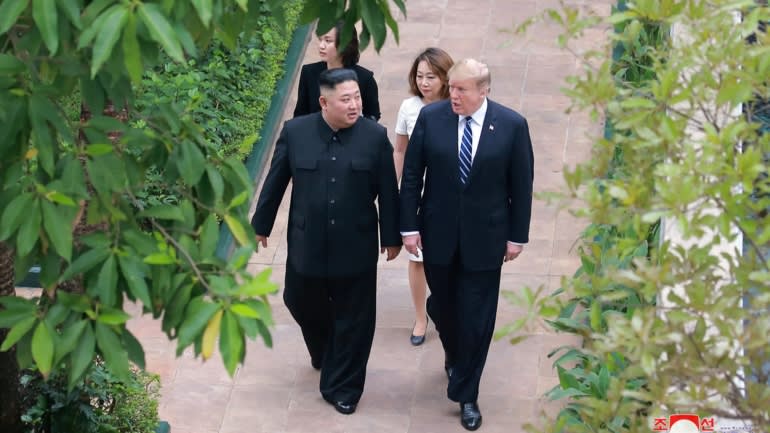 This has prompted some countries in the Asia-Pacific region to begin making other plans.

On Feb. 19, Japanese and Australian defense officials and other experts gathered in Sydney for an unofficial dialogue. Some Australian participants stressed the need for a "Plan B" in case the current strategic alliance with Washington weakens. Their Japanese counterparts, however, argued that any defense policy independent of the U.S. would be lacking, noting that Japan and Australia cannot defend themselves without America's nuclear umbrella.

Nevertheless, Australian strategists outside the government have been studying alternative arrangements since Peter Jennings, executive director of the Australian Strategic Policy Institute, proposed his 10-point Plan B in July 2018.

Jennings, who has been long involved in Australian defense policy, called for the country to conclude a defense treaty with Japan and strategic partnerships with Indonesia and India. He also said Australia should sharply ramp up its military capabilities, including assembling a fleet of nuclear submarines.

In Europe, France is also trying to be less dependent on the U.S. While still a member of the North Atlantic Treaty Organization, Paris has been strengthening its own defense capabilities and beefing up its nuclear forces. Moreover, in June 2018, the country kicked off the European Intervention Initiative, or E21, with nine other countries, including Britain, Germany and the Netherlands. The project aims to enable European countries to intervene militarily in a crisis without American support.

France has no intention of ending its alliance with the U.S., a French defense official said. In fact, it has sent troops to Afghanistan and the Middle East in cooperation with the U.S. But to prepare for defense with less American support, France wants to establish a strong military alliance on the Continent.

The Asia-Pacific region should do something similar, taking into account five possible scenarios:

1. The status quo remains, i.e., bilateral alliances between Japan, Australia, South Korea and other countries backed by the U.S.

3. A multilateral security system without the U.S. is formed.

5. China's declares all of Asia its "sphere of influence" and becomes the dominant regional player.

The most desirable scenarios are the first two, but require Japan, Australia, South Korea and India to reinforce their alliances with the U.S.

However, if the U.S. significantly weakens its military presence, the region might see the last two scenarios, meaning either a hugely volatile region or peace, but solely on Chinese terms.