Time for Japan to get real on UFO intelligence sharing

With humans likely the threat, Tokyo needs to lend its eyes on the sky 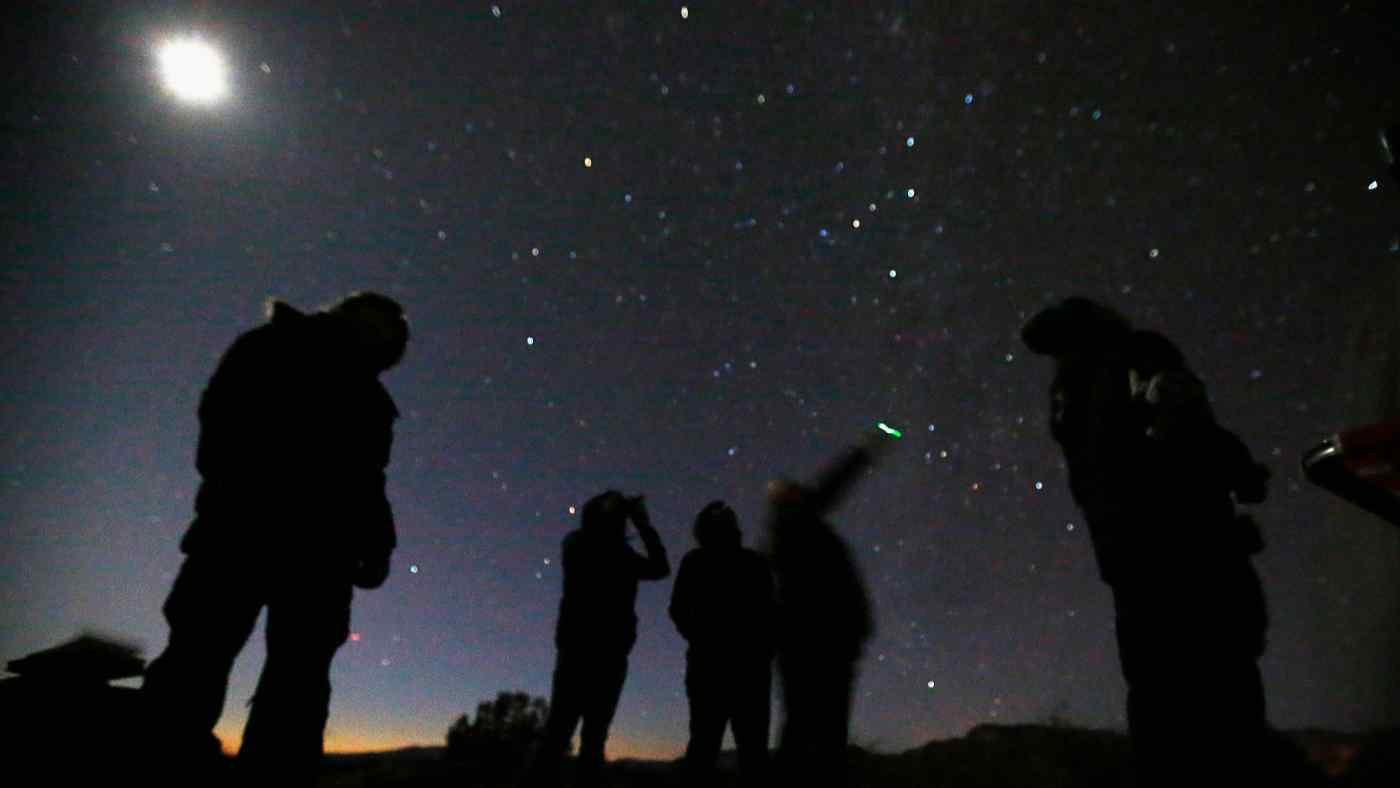 TOKYO -- Gone are the days when UFO stories were dismissed as crackpot pseudoscience. Today, they are an emerging field of public policy debate.

A recent U.S. report on unidentified flying objects, or what the intelligence community calls unidentified aerial phenomena (UAP), has brought these mysterious sightings into the realm of serious discussion on national security.

The world's powers need to take note. Japan and European allies of the U.S. should work on sharing information on UAP to learn more about them and assess potential security risks.

The report released on June 25 by the Office of the Director of National Intelligence examines 144 incidents of UAP gathered since 2004, mainly by the U.S. military. Most of them are from the past two years.

For many readers, the nine-page document raised more questions than it answered. Of the 144 reported UAP sightings, the Pentagon task force that examined the episodes could offer a reasonable explanation for only one case, identified as "a large, deflating balloon." The rest remain unexplained.

In 18 incidents, unusual UAP movement patterns or flight characteristics were observed. "Some UAP appeared to remain stationary in winds aloft, move against the wind, maneuver abruptly, or move at considerable speed, without discernible means of propulsion," according to the report. There are also 11 reports of near misses between the observing aircraft and a UAP.

The report is based on the work of the Department of Defense's Unidentified Aerial Phenomena Task Force, set up in August 2020 in response to a flurry of UAP sightings in recent years. At a glance, the document seems to be a feast for UFO believers and conspiracy theorists. But far from being that, it reflects the growing interest in these phenomena among U.S. policymakers.

After the release of the report, some U.S. lawmakers and security experts called for redoubled efforts to determine the truth behind UAP. "The United States must be able to understand and mitigate threats" posed by UAP, said Sen. Mark Warner, a Democrat from Virginia who serves as chairman of the Senate Select Committee on Intelligence.

Republican Sen. Marco Rubio of Florida concurred, saying, "The Defense Department and intelligence community have a lot of work to do before we can actually understand whether these aerial threats present a serious national security concern."

A U.S. security expert with knowledge of discussions on this topic in the Biden administration said civilian and military officials are primarily worried that some aerial sightings may be linked to foreign countries or groups hostile to the U.S.

This is a more palpable threat than invading aliens. Even if intelligent life exists elsewhere in the vast universe, the sheer distances involved make it unlikely that such beings are visiting Earth at anywhere near the pace of reported UAP sightings.

"Any planet with an environment similar to that of Earth is thought to be at least about four light years away from us," Murayama said.

"Shuttling between such a planet and Earth would take an incredibly long time even with extremely sophisticated technology," he said. "If extraterrestrial visitors are involved [in any of the UAP], it is hard to understand how they travel to the Earth so frequently."

Existing earthly spaceships would take about 30,000 years to travel to a planet four light years away. Even for civilizations with far more advanced technology, the distance would be a daunting hurdle. These scientific assumptions support the view that UAP are human in origin. If so, at least some of the sightings may involve unknown highly advanced technology from countries like Russia or China, possibly representing a serious security threat to the U.S.

Multiple military experts warn that objects capable of the otherworldly flight characteristics reported in some UAP were used for military purposes, intercepting or tracking them with existing weapons systems would be next to impossible. Some UAP reports by the U.S. forces exhibit high-level stealth capabilities that defy radar detection.

The report mentions the possibility of "technologies deployed by China, Russia, another nation, or a nongovernmental entity." But it admits there is no solid evidence to support such claims.

The report also suggests some UAP observations could be attributable to classified programs undertaken by the U.S. government or industry. If this is the case, however, such programs have been going on without the knowledge of top U.S. intelligence and defense officials.

The report does not necessarily rule out the involvement of alien visitors. Christopher Mellon, former deputy assistant secretary of defense for intelligence during the Clinton and George W. Bush administrations, argued for taking the alien theory seriously in a blog post on the UAP report.

"In my view, the UAP report's findings strengthen the case for the alien hypothesis by undermining the main alternatives and providing examples of capabilities we cannot emulate or even understand," Mellon said.

The topic should also raise security red flags for Japan and other U.S. allies that depend on the American military for their defense. Any technology unknown to the U.S. that defies responses by its military, whether human or extraterrestrial in origin, could pose a serious potential threat.

Closer cooperation between the U.S. and its allies on sharing and studying UAP sightings is essential. Most of the 144 UAP episodes covered by the report occurred in or around U.S. airspace.

If a foreign state or group is developing advanced weapons, chances are it will conduct more tests in other parts of the world rather than risk exposing its work to the Americans. If Russia or China were involved, Japan might be in a better geographical position than the U.S. to gather information about the technology.

Japan is beginning to take a minimum response to the challenge. Last September, one month after the U.S. set up the UAP task force, then Defense Secretary Taro Kono issued an unusual order to the Self-Defense Forces to take visual records and analyze such sightings.

During his meeting last summer with then-U.S. Defense Secretary Mark Esper, Kono raised the topic and agreed with the Pentagon chief to share information.

Traveling to space has become a thing among the world's multibillionaires. This month, Virgin Group founder Richard Branson rode into space aboard a rocket he helped fund, followed less than two weeks later by Amazon.com founder Jeff Bezos.

But humans know only a sliver of the vast universe. While lawmakers and news media should still never feed wild alien conspiracy theories, the U.S. report has spelled the end of the taboo on discussing UFOs in the public policy sphere.