Tokyo and Seoul struggle for compromise on forced labor issue 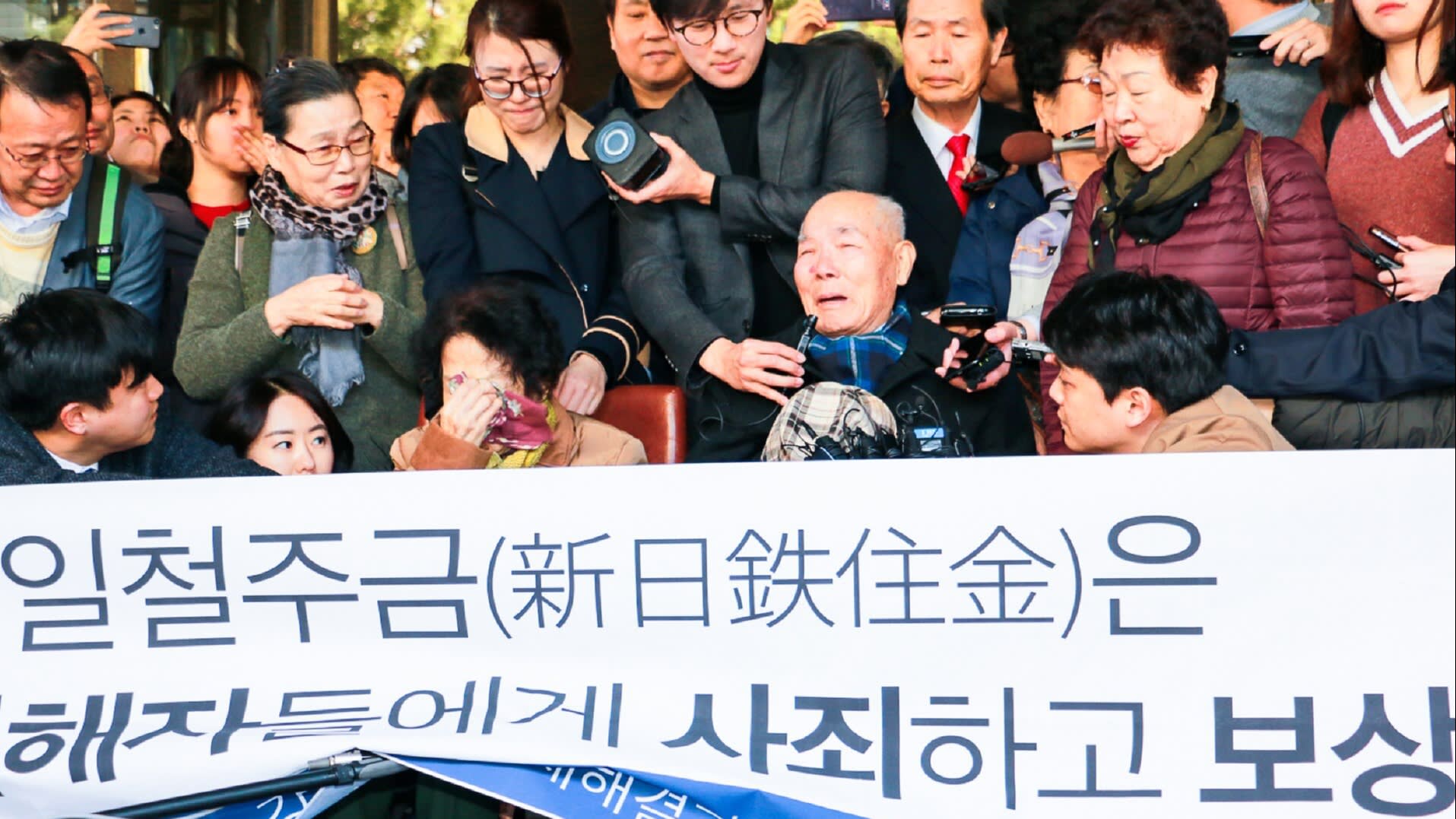 TOKYO -- A "time bomb" is quietly ticking between Japan and South Korea against the backdrop of the former's first change in government in nearly eight years and friction between the U.S. and China.

Antagonism between Japan and South Korea will turn fatal if assets of Nippon Steel, seized due to the question of forced labor performed at the Japanese steelmaker during World War II, are sold to honor a South Korean court ruling.

New Japanese Prime Minister Yoshihide Suga held telephone talks with South Korean President Moon Jae-in on Thursday. On the issue of forced labor, Moon said that the two governments differ on the thorniest issue between them but should seek an optimum solution acceptable to both and all other parties concerned.

Following the talks, Suga told reporters, "Based on our consistent stance, we will continue urging South Korea to come up with appropriate measures," sticking to Tokyo's position that the ball is in Seoul's court.

But Suga acknowledged that the forced labor issue is in an "extremely difficult situation."

Japan and South Korea concluded an Agreement on the Settlement of Problems concerning Property and Claims and on Economic Co-operation in 1965, confirming that all claims and obligations during Japan's colonial rule of the Korean Peninsula from 1910-1945 were "settled completely and finally." In October 2018, however, the South Korean Supreme Court upheld a lower court ruling ordering Nippon Steel & Sumitomo Metal, the former name of Nippon Steel, to pay 100 million won ($85,000) to each plaintiff who demanded compensation for what they said was forced labor performed at the steelmaker during the war.

The country's highest court also said that the 1965 agreement does not apply to compensation claims for illegal deeds directly linked to colonial rule.

Japan has been demanding that the 2018 court decision be corrected on the grounds that it violates international law. But Moon maintains that the judicial judgment should be respected.

While the bilateral relationship has kept deteriorating over the past two years, officials of the two governments are discussing a plan to find common ground between compliance with the 1965 accord and respect for the court's ruling.

First, a fund will be established by donations and other contributions from Japanese and South Korean companies for payment to the plaintiffs who won the lawsuit. The contributions will be voluntary, rather than mandatory, and the payment from the fund shall be substituted for the compensation by Japanese companies ordered by the court.

Second, the South Korean government will then declare the issue settled. It will also refrain from demanding additional compensation for the plaintiffs and compensate them on its own when necessary.

Third, donations from Japanese companies will be used for "future-oriented purposes" such as providing support or scholarships for South Korean students studying in Japan. The Japanese government, which maintains that the question of forced labor has been settled, will give a tacit nod to such use of the donations.

Fourth, South Korea will treat the arrangement as Japanese companies paying compensation, while Japan will regard it as their voluntary action different from compensation payments.

South Korea companies, led by leading steelmaker Posco, that were established with funds South Korea received from Japan when they normalized relations, are ready to contribute to the fund, according to people familiar with the plan.

"There are views in favor of the plan among Japanese companies wishing to avoid huge legal costs and criticism in South Korea against them as war criminals," a Japanese government official said.

The plan is traceable to a proposal which was worked out by Moon Hee-sang, former speaker of the national assembly, and others and received support among Japanese government officials and ruling bloc lawmakers.

An accord on the biggest issue between the two countries may prompt Japan to relax or lift its toughened controls on exports to South Korea and rapidly improve the bilateral relationship.

But the Blue House is the biggest stumbling block to the plan. The executive office of the South Korean president once considered Seoul's contribution to the fund but has returned to the original scheme of equal donations by Japanese and South Korean companies, according to people familiar with the matter. The South Korean Supreme Court ruled that Japanese companies must pay compensation and the Blue House adheres to the principle that the payment must be made as compensation regardless of its amount.

The South Korean president may be haunted by the dismal state of his predecessor Park Geun-hye who lobbied the court to help improve ties between the two countries.

He loathes behind-the-scenes negotiations. The 1965 agreement under the presidency of Park's father, Park Chung-hee, and the 2015 accord to settle the issue of "comfort women" while she was in office, were products of last-minute compromise in diplomatic negotiations with Japan.

Moon may be more concerned about domestic reaction. If he reaches a compromise for the sake of the national interest, he may face strong pressure from the reform-oriented governing party, which has 60% of seats in parliament, as well as civic groups, supporters and others because reformists are demanding Japan's "genuine apology and restoration of honor" for its victims.

The ruling party is actually hoping for increased tensions in the form of tit-for-tat exchanges between Japan and South Korea in the run-up to the next presidential election in March 2022 so that it can play the anti-Japanese card to attract voters, said a South Korean political scientist.

South Korean presidents are limited to a single five-year term so Moon cannot run again, though his party will be keen to retain hold of the office.

Mayoral contests in Seoul and Busan in April next year will signal the start of full-fledged campaigning for the presidential election.

South Korean Foreign Minister Kang Kyung-wha, however, has repeated that the government will not meddle in the sale of the seized assets.

The separation of the three branches of government, the importance of which Moon stressed, is the fundamental mechanism of domestic governance. Relationships of trust cannot be established between nations if domestic laws and court rulings are put forward as reasons for failure to honor international laws.

Deeds, rather than words, are needed if South Korea wishes to earnestly move its relations with Japan forward. Unfortunately, Moon has yet to show a sense of crisis and determination in this respect.