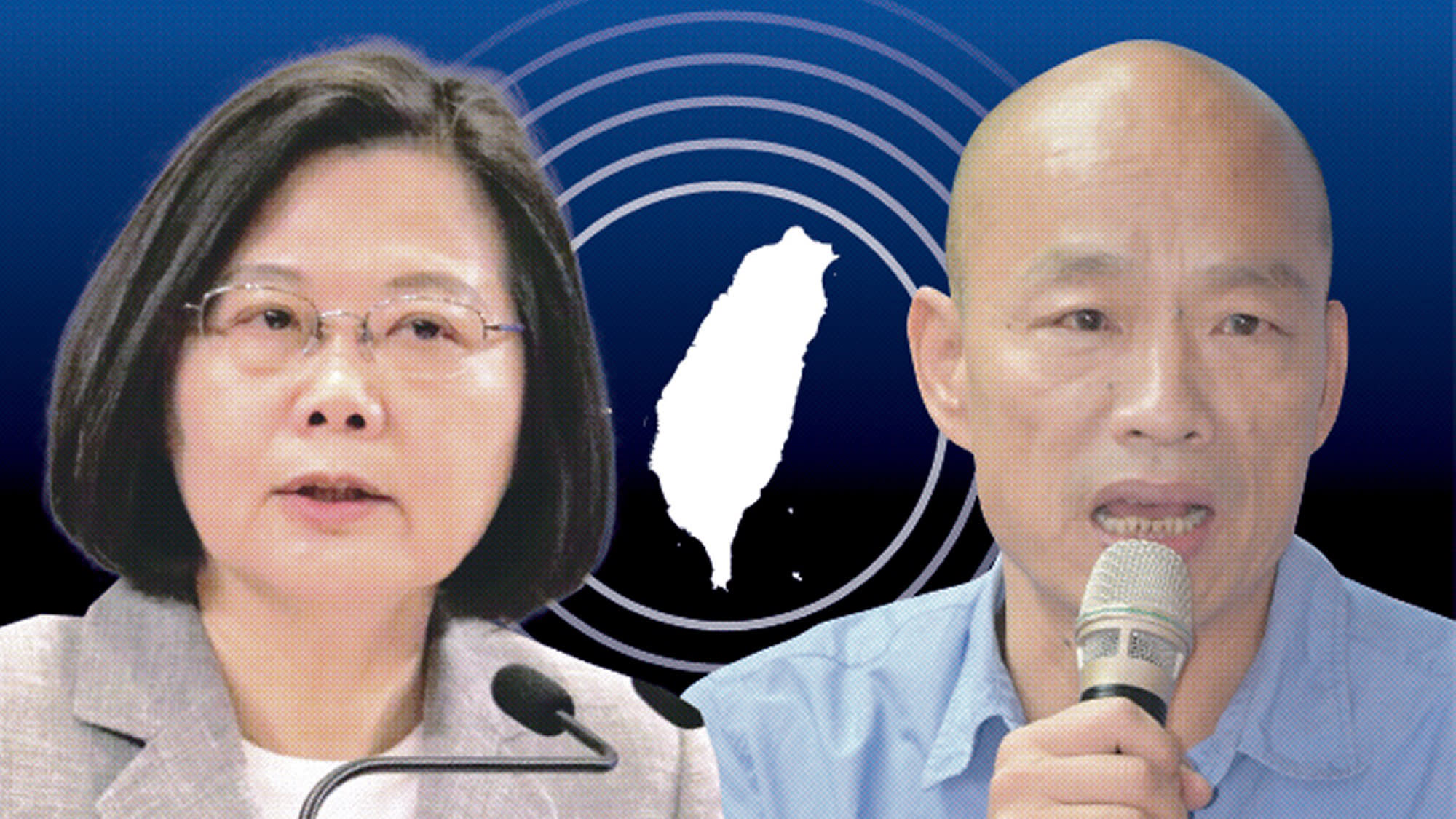 TOKYO -- With Taiwan's presidential election slated for next January, a trailer for the sequel to the 1986 blockbuster "Top Gun" has set tongues wagging: The Japanese and Taiwanese flags that appeared on Lt. Pete Mitchell's (aka "Maverick") leather jacket in the original movie are nowhere to be seen.

The first "Top Gun" is a tale of derring-do by a U.S. Navy fighter pilot. The new installment, "Top Gun: Maverick," will no doubt feature more of the same. The trailer came out in July, minus those flags. The sequel is being bankrolled by Tencent Pictures, the film unit of Chinese internet giant Tencent Holdings. CNN reported on social media speculation that the wardrobe change was made to soothe Chinese sensibilities.

The removal of the Japanese and Taiwanese flags from Maverick's iconic bomber jacket bears all the hallmarks of China using its financial muscle to get what it wants. For China, the Japanese flag is a bitter reminder of its past war with Japan, while the Taiwanese flag is a symbol of Taiwan's de facto independence -- something China says it is prepared to use force to end.

Despite the apparent strong-arming by China, there has been no notable backlash from Taiwan. Taiwan's "Blue Sky, White Sun, and a Wholly Red Earth" flag was designated the national flag of the Republic of China in 1928 by the Kuomintang, or the Nationalist Party, which ruled mainland China until its defeat by the Communist Party in a civil war in 1949. The Kuomintang fled to Taiwan.

Ironically, Taiwan's current ruling party, the pro-independence Democratic Progressive Party, shares Beijing's distaste for the Taiwanese flag. Some DPP members have even lobbied to replace it with a new banner featuring the island. But the Kuomintang, which is keen to keep the flag, also been quiet about its removal from the movie, apparently not wanting to upset economic ties with the mainland.

In a goodwill gesture, Kaohsiung Mayor Han Kuo-yu, who was recently nominated as the opposition party's candidate in next year's presidential election, met Liu Jie-yi, director of Beijing's Taiwan Affairs Office, in Shenzhen in March. Many Taiwanese, commenting online about the missing "Top Gun" flags, say the Kuomintang's silence is all too predictable.

The internet brouhaha illustrates the delicate diplomatic dynamics that dictate Taiwan's relationships with the U.S. and China. Things were much simpler 33 years ago, when the first "Top Gun" was released.

The U.S. established formal diplomatic ties with China in 1979, switching recognition from Taipei to Beijing. But Washington maintained its security commitment to the island. That the hero of "Top Gun" should sport a jacket with a Taiwanese flag did not raise an eyebrow.

At the time, the Kuomintang ruled Taiwan as a one-party state. It was at loggerheads with China and was completely dependent on the U.S. for its security, despite having no formal relations with Washington. It was also heavily dependent on the U.S. economically. The U.S. was by far Taiwan's largest overseas market, taking 48% of its exports. U.S. economic ties with China, by contrast, were still weak. But the picture began changing in the 1990s, when China's economic reforms picked up steam. Taiwan's exports to China began surging. By 2000, China, including Hong Kong, was Taiwan's largest overseas market, taking 24% of its exports, edging out the U.S., at 23%. This changing economic landscape led the Kuomintang to deepen the island's economic relations with China.

In the 2000s, Taiwan's contract electronics manufacturers, including Hon Hai Precision Industry, or Foxconn, rapidly expanded production on the mainland. Taiwanese manufacturers racked up huge profits assembling smartphones and personal computers for popular tech brands such as Apple and Dell at plants in China and shipping them to the U.S.

Taiwanese companies have played a big part in knitting the U.S. and Chinese economies together, forming supply chains across the Pacific. By the late 2000s, China received 40% of Taiwanese exports. For Taipei, maintaining stable ties with Beijing became the top priority.

Over time, Taiwan gradually embraced a dual-focus foreign policy, depending on the U.S. for security while relying on China for its economic health. The political battle between the ruling and opposition parties in Taiwan began to revolve around how to balance relations with the U.S. with Taiwan's ties to China. The Kuomintang took a more pro-China stance, while the DPP sought to keep its distance. But views among members of both parties were mixed.

The U.S. position toward both Beijing and Taipei, meanwhile, also grew more ambiguous as it became more economically entwined with China. Maverick's missing Taiwanese flag can thus be seen as a symbol of the changing nature of the triangular relationship.

But in the past couple of years, there have been signs of another change in Taiwan's policy toward its two key partners. The election of President Donald Trump in the U.S. may have sounded the death knell for the current division of labor among the three economies. Trump has raised tariffs on Chinese imports, hoping to thwart China's ambition to become the world's dominant economy in the 21st century.

The sudden shift in U.S. trade policy, combined with rising labor costs in China, is pushing Taiwanese companies to move manufacturing out of China to Southeast Asia, India and back home. Taiwanese President Tsai Ing-wen is taking steps to encourage companies to bring production back to the island.

The change is already showing up in trade data. In the first half of 2019, Taiwan's exports to China fell 8.8% on the year, while its shipments to the U.S. surged 17.6%. Taiwanese manufacturers now crank out more electronics domestically and export them to the U.S.

Do these changes herald a move by Taiwan back toward depending on Washington for both security and economic well-being, or will it seek to maintain the informal security alliance while relying on China for its economic future?

This question will be the defining issue for Taiwan's presidential election and set the tone for the political discourse on the island for years to come.

If "Top Gun Part 3" is ever made, all eyes will turn to the hero's jacket again -- and it may say much about how East Asia's geopolitical dogfight turned out.