US allies should take advantage of Trump diplomacy 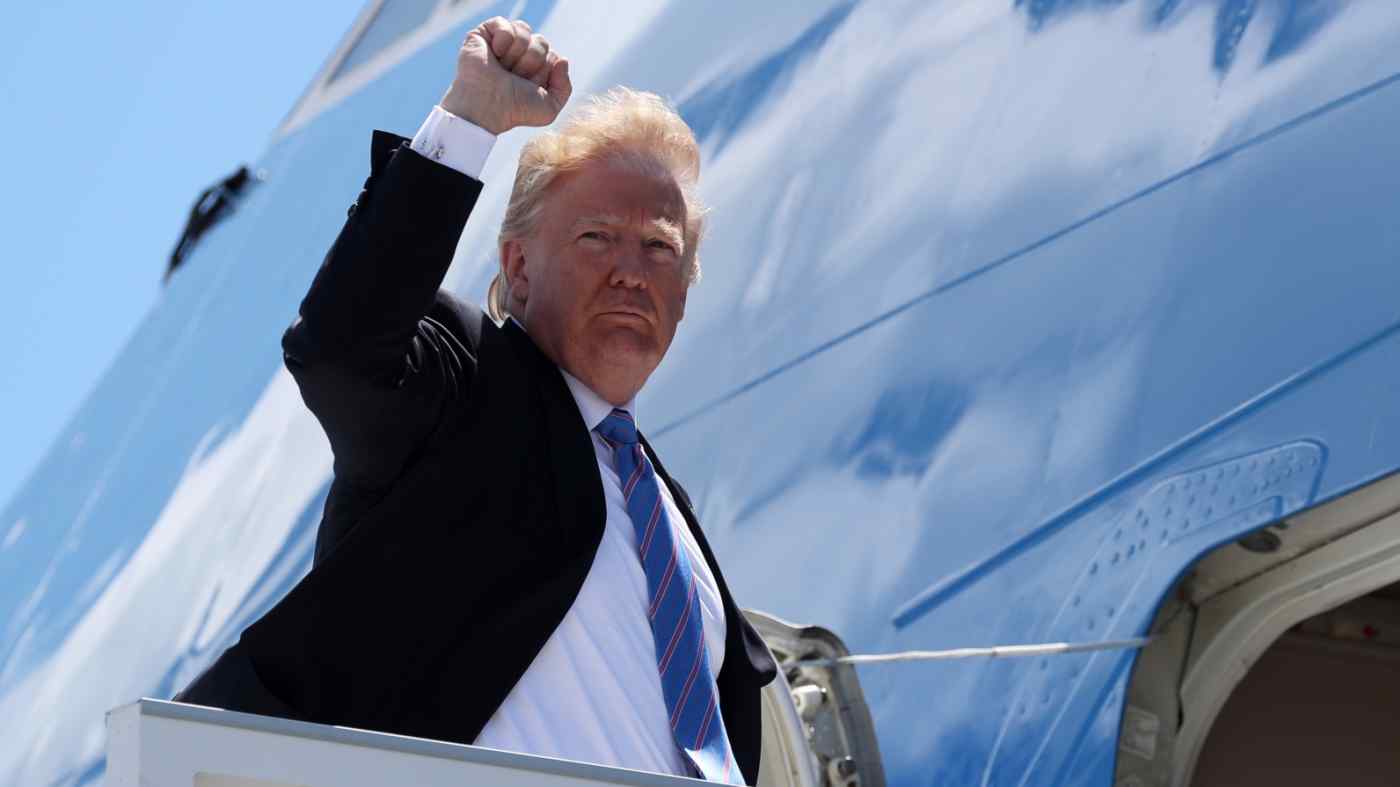 TOKYO -- The diplomacy of Donald Trump, a U.S. president unthinkably self-righteous by past standards, continues to rock the world.

At the Group of Seven summit on June 8 and 9, Trump bickered with his Canadian and European counterparts over trade policy, which made their differences look unbridgeable.

He also abruptly changed his attitude toward Kim Jong Un, praising him as a "great negotiator" after Tuesday's summit with the North Korean leader. While seeking to conclude an early "deal" with Kim, Trump even decided to freeze joint military drills between the U.S. and South Korea.

What will happen to the world if he continues to push ahead with his "America First" policy and place deal-making above anything else? The scale of potential damage is still unknowable.

But it is becoming more and more evident that countries must confront this uncomfortable reality: the president will probably not change his attitude, no matter how severely he is chastised.

This is because Trump's self-righteousness is neither a tactic nor a calculation, but something he has built up over the years in the dog-eat-dog realty business. He is not your every-day politician.

Many political pundits in Washington predict Trump to be even more Trumpian in the lead up to the presidential election of 2020. If that were correct, harsh words toward his actions will probably have little effect in steering him toward a different direction. What should be done instead is to give more thoughful consideration on how one can to take advantage of Trump's particular brand of foreign policy to generate positive effects.

At the Shangri-La Dialogue in Singapore earlier this month, this reporter was surprised to hear some leading intellectuals discuss the favorable effects of Trump's diplomacy.

One of them was Bilahari Kausikan, Singapore's former ambassador to the United Nations and permanent secretary at the Ministry of Foreign Affairs. The veteran diplomat is a top opinion leader in the country.

On the question of security, Bilahari said that Trump is much better than his predecessor Barack Obama. Obama, especially during his first term, tried through engagement and dialogue to convince China to be a responsible stakeholder, and he had reservations about using military pressure to change Beijing's behavior. That did not work. Under Trump, the U.S. military has increased "freedom of navigation" exercises in the South China Sea. And the fact that Kim agreed to meet with him can be seen as a success for Trump's diplomatic style.

Although Obama suggested the U.S. would attack Syria if it used chemical weapons, other countries recognized his weakness when he failed to take that step, according to Bilahari. In contrast, Trump immediately ordered a military attack on Syria after a chemical attack and has also threatened North Korea and other countries.

Bilahari added that Obama's adherence to human rights helped push Philippine President Rodrigo Duterte and the Thai junta to the Chinese side. Trump, on the other hand, is strengthening his relationship with Duterte and others because he does not vociferously champion the "American values" embraced by previous presidents.

Intellectuals of other Southeast Asian nations and a former senior official of the Indian government offered similar analyses.

Obama, an idealistic eloquent speaker, liked to talk of freedom and human rights. He believed engaging with China could eventually lead it to becoming a responsible major power. Sino-American cooperation on the Paris climate change agreement can be counted as a success in this regard.

But Obama so stringently relied on dialogue to settle diplomatic problems that he was reluctant to use military pressure and failed to take prompt action. The reality is that China took advantage of his stance and built seven artificial islands in the South China Sea, while North Korea increased the production and storage of nuclear weapons and missiles.

Obama disliked conflict. Unfortunately, the order of the Asia-Pacific region cannot be protected through that approach alone. China is accelerating its military buildup. The power game between the U.S. and China is for real.

In this turbulent age, the unpredictable and somewhat feared Trump administration may be able to rein in China and North Korea more effectively.

What should be done to prevent Trump's iron-fist diplomacy from becoming uncontrollable and instead make use of it?

Trump's goal to "Make America great again" offers clues to the question. If he really wants to do that, he will undoubtedly fall short of the target as long as he sticks to his self-determined stance. The U.S. cannot maintain its superiority in security without cooperation with other countries.

The U.S. has a defense budget roughly three times that of China. But by some forecasts China will catch up in 2030. A U.S. research institute predicts the South China Sea to become China's "inland sea" by roughly that time.

The trajectory reflects a rising China and a declining America. Based on this assumption, allies Japan and Europe may well tell Trump: "We also want the U.S. to become great again by all means, but it is unlikely the U.S. will attain the goal all by itself. China is reinforcing its national power by establishing multinational alliances, such as the Shanghai Cooperation Organization and the Asian Infrastructure Investment Bank. It is time for you to use your friends to help revive the U.S. Let us consider how we can cooperate with you."

That should be followed by discussions about security in the Indo-Pacific region and Europe, to counter China and Russia. Japan has already made some efforts in this respect and has begun building a beachhead for joint promotion of Indo-Pacific strategies with the U.S.

Some experts say Trump is upsetting the existing international system not because he is turning his back on the world, but because of his strategy for fair competition with China.

Former Foreign Secretary Subrahmanyam Jaishankar, who was India's top diplomat for many years, said, "I don't think the issue is whether the U.S. is doing more or less in world affairs. It is that the U.S. under Trump is doing it differently and disruptively." He said this is a deliberate strategy, not just a personal trait.

"There is a particular sense, because of China, that the trade and market access rules are not working in a fair manner," Jaishankar continued. "So the thinking seems to be that if the system is broke, go outside it. At the end of the day, it's about China. Obama would not have done it and that's the difference."

According to people close to Trump, he dislikes being briefed with tightly written documents and instead demands schematic reference materials. Small as it may souind, it may be an important point.

There is no guarantee that Trump will readily listen to what U.S. allies have to say, as he sees them as burdensome.

But if U.S. allies abandon any such efforts, Trump will keep getting his way until the last day of his presidency.