WTO out of gas: Global powers vie for control over stuck vehicle 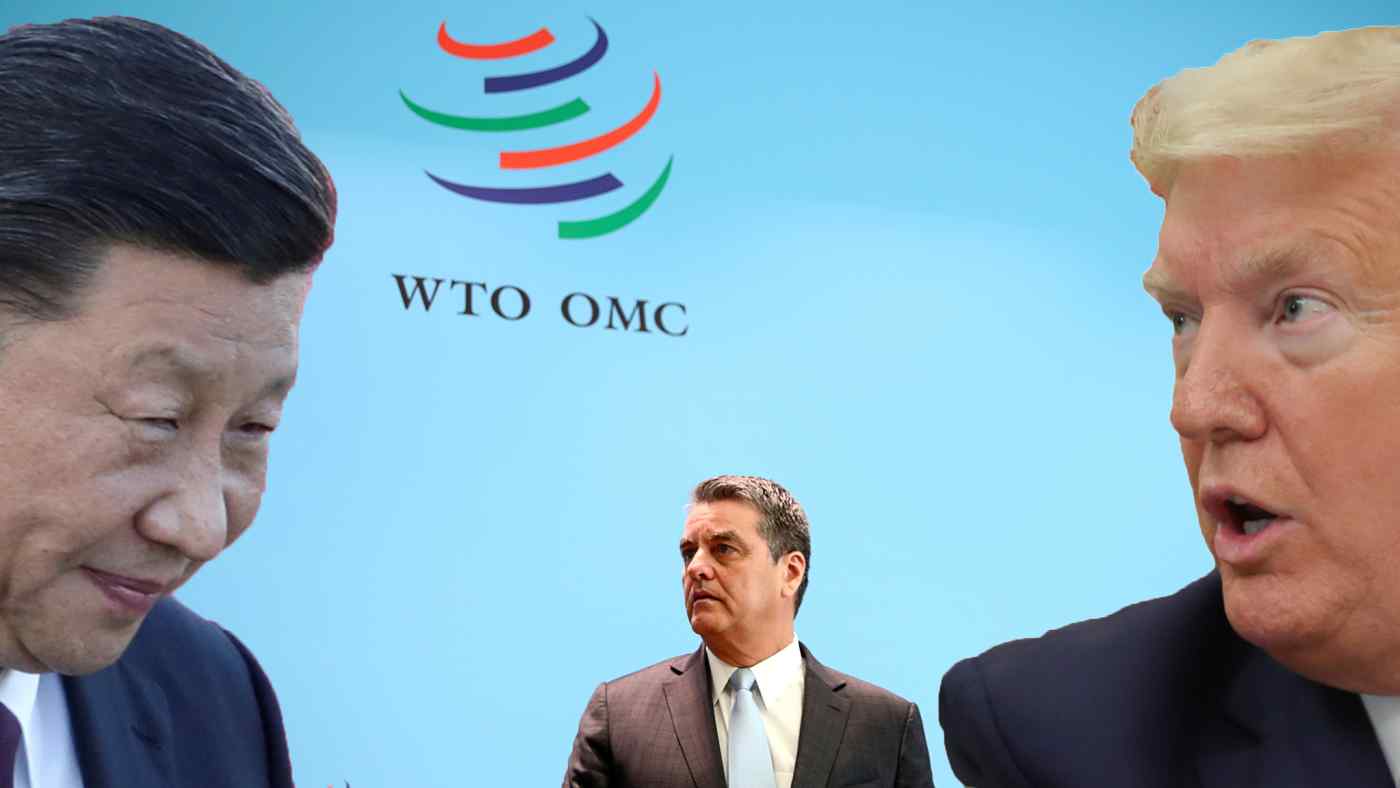 TOKYO -- When Roberto Azevedo announced his intent to resign as director-general of the World Trade Organization a year early, he may have felt relieved as the novel coronavirus pandemic ravaged economies.

The 62-year-old Brazilian career diplomat seemed noticeably at ease when he made the bombshell announcement via video link on May 14.

The Geneva-based organization has long championed free trade. Azevedo will step down from the top post at the end of August without serving out his four-year term.

One senior WTO official close to the head said that though Azevedo had held things together despite wanting to resign, pressure from the pandemic may have pushed him to the edge. The official thinks Azevedo snapped after a WTO ministerial meeting scheduled for June in Kazakhstan was canceled.

Azevedo's surprise departure, which has drawn criticism from some as irresponsible, reflects the WTO's decline.

The body has yet to come up with any effective antidote to the bitter U.S.-China trade war. And despite the deadly pandemic, WTO has been unable to counter the rampant export controls on vital medical supplies due to its waning influence.

In a relatively short time, the concept of free trade has come under attack, undermining the WTO's central mission.

There are only three months left before Azevedo officially steps down at the end of August. The short time frame makes it difficult to choose a successor -- which normally takes about nine months -- fueling speculation that one of the four deputy directors-general will temporarily stand in. This means the WTO may be without a properly appointed head until next year. 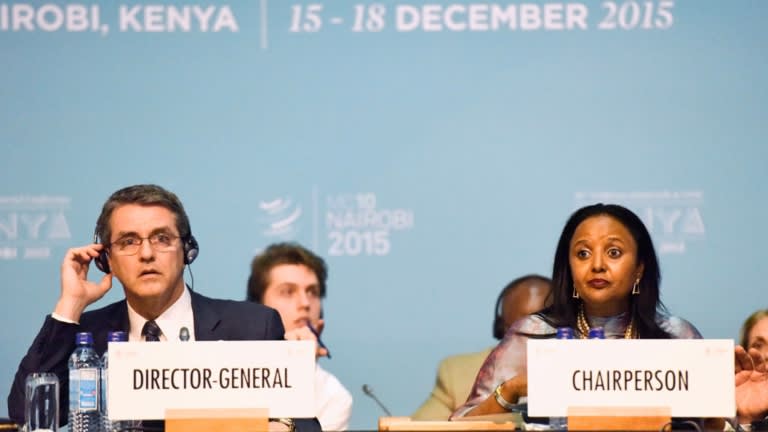 Mohamed and Pangestu are both woman. A look at the list of successive WTO chiefs shows that none are from Africa or women. That is why Mohamed, a Kenyan, is seen as the front-runner in the race to step up. Mohamed served as chairperson of the WTO ministerial meeting held in Nairobi, Kenya's capital, five years ago. She is known to be an adept coordinator.

Amid fierce trade friction, the formal selection process faces a rocky road. World powers -- led by the U.S. and China -- are trying to ensure that the next WTO head has their benefactor's interest at heart, even if they do not field their own candidates. The two are already locked in a tug of war over who should be the next chief.

Soon after Azevedo revealed his will to resign, an influential trade lawyer in Washington, Terrence Stewart, laid it out, causing quite a stir. To wit:

If the WTO is to maintain the arbiter of free trade, shortening the selection process is better than having a fill-in. Choosing from prescreened power players in the WTO will facilitate the process. And given that candidates from developed and developing countries have alternated at the top post, next in line should be a person from a developed nation.

That person, the lawyer said, is Tim Groser, New Zealand's 70-year-old former trade minister and current ambassador to the U.S. His diplomatic credentials are notable. He is also a vocal critic of China's protective measures. 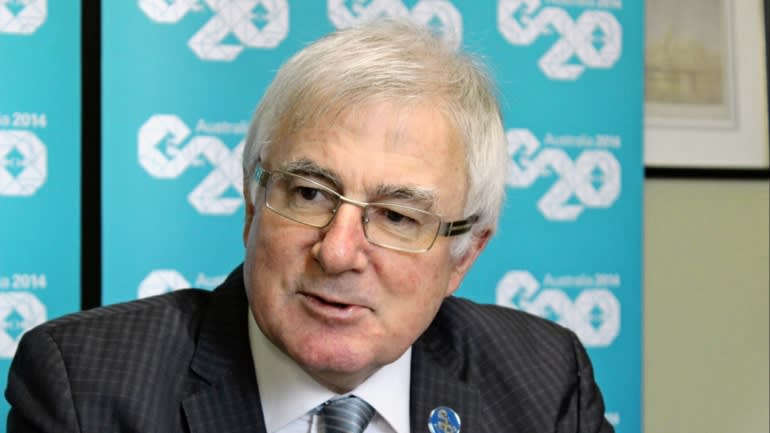 New Zealand's Tim Groser is known to be a tough negotiator in the trade realm. (Photo by Kaori Takahashi)

Some see the proposal as a barely disguised push by the administration of President Donald Trump, which has never been shy over its displeasure with the WTO, to have their friend at the helm. Groser himself seems eager for the post. And once installed, Groser will likely toe the American line as regards WTO policy.

But Europe fears undue U.S. influence -- especially regarding the reform of the organization's appellate body -- and will oppose any WTO leadership that mirrors U.S. policy. Already, many European nations are mounting a drive to put up one of their own, Phil Hogan, 59, an Irish politician currently serving as EU trade commissioner.

Meanwhile, China is not sitting idly by. The country still touts itself as "a developing country," and as such is trying to use this self-designation to champion the rights of developing countries in Africa and Asia. For example, Kenya, home to WTO chair front-runner Mohamed, saw foreign direct investment in her country more than double in two years to $1.6 billion in 2018.

Like in other African countries, the growth of foreign direct investment in Kenya was mostly from China in the mining and infrastructure sectors.