State manufacturer's success and WTO's crisis stand as a warning 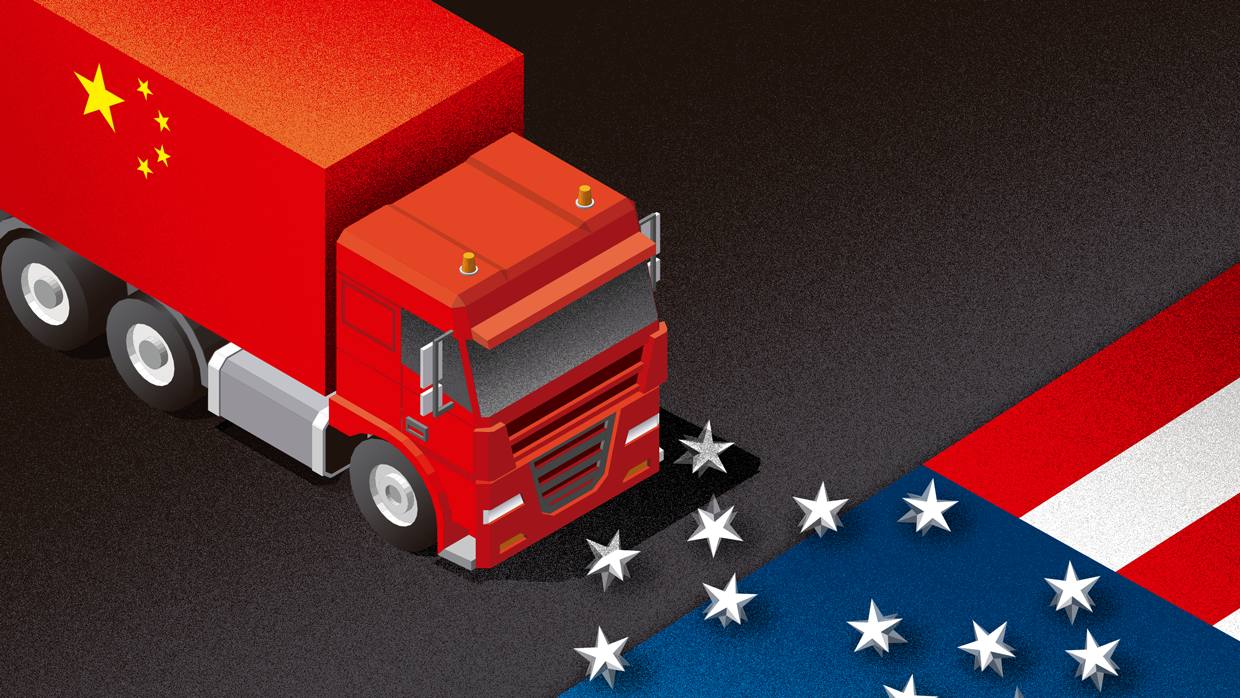 HONG KONG -- As China prepared to join the World Trade Organization in 2001, the mayor of a large northern city told me that he feared the city's heavy truck company -- an old socialist stalwart that had been praised by Chairman Mao -- would die once the capitalist winds of the WTO were unleashed.

But nearly two decades later the China National Heavy Truck Company -- now rebranded as Sinotruk -- is doing just fine. It ranks as one of China's biggest state-owned enterprises, exports trucks to more than 100 countries and has won hundreds of patents for innovation.

By contrast, it is the WTO that is in crisis. It is hamstrung by internal disputes that stem largely from a view held by Donald Trump's administration that Washington made a grave error in supporting China's membership back in 2001.

The divergent fortunes of the global trading body and China's "socialist hero" truck company hold the key to understanding the U.S.-China trade conflict -- and why a decoupling of the world's two largest economies could reverse decades of globalization.

American mythmaking forms essential background to the plot. If former President Bill Clinton was to be believed, China's WTO accession was about much more than trade. "By joining the WTO, China is not simply agreeing to import more of our products, it is agreeing to import one of democracy's most cherished values, economic freedom," Clinton said in 2000. "When individuals have the power not just to dream, but to realize their dreams, they will demand a greater say."

As things turned out, the power of the Chinese state has flourished since 2001, bolstered by the performance of thousands of state-owned companies such as Sinotruk. This year's lineup of the Fortune Global 500, which ranks the world's biggest companies by revenue, shows that of the 119 mainland companies to make the list, about 80% are state-owned.

Chinese individuals, as Clinton predicted, do have more freedom to realize their consumer dreams, but their choices can stand in defiance of U.S. policy. For example, U.S. punitive action this year against Huawei Technologies, the Chinese telecom equipment giant, has turbocharged sales of Huawei smartphones as patriotic consumers flock to its aid.

Thus, the U.S.-China clash runs much deeper than trade. It is a contest of systems, both political and economic, that is sharpened by American fears of being outstripped and by Chinese phobias over Western influence.

This means that whatever the results of trade talks, which resumed this week, the fundamental tenor of the U.S.-China commercial relationship is unlikely to change. The stable U.S. consensus that supported engagement with China for four decades is dead.

What exactly will replace it, says Arthur Kroeber of research firm Gavekal, will take time to hash out. "But the broad Trump administration stance is clear: China is a strategic rival in every dimension and it is in the U.S. interest to thwart its technological rise, constrain its ability to compete with the U.S. economically and politically and reduce the value of China's participation in global institutions," Kroeber adds.

What promises to be a lengthy process of economic decoupling has started. China's share of U.S. total trade peaked at just over 16% in 2017 and declined by nearly a percentage point in 2018. A similar dynamic is visible in China's share of U.S. imported goods; having peaked at 22% in March 2018, it has fallen by almost two percentage points since then.

The impact on Chinese investment flows have been more dramatic. China's direct investments into the U.S. plunged to just $5 billion in 2018 from $29 billion in 2017 as tighter U.S. scrutiny took hold.

However, U.S. investments in China are much more deeply entrenched and more difficult to unravel. The supply chains that underpin the assembly of some 220 million iPhones or 100 million Alexa-enabled Amazon devices involve vast networks of suppliers in China. These cannot be easily transferred to other countries such as Vietnam or Thailand.

All this means that the decoupling process between the U.S. and China is likely to be tectonic in nature -- a slow remaking of the global economic landscape driven by the mistrust that has replaced the mythmaking of the Clinton era. The results of these delicate but consequential maneuvers are likely to decide whether the U.S. or China dominates in global commerce. The odds-defying fortunes of Sinotruk over the past two decades stand as a warning against U.S. complacency.