Japan and international community must think outside the box for solution 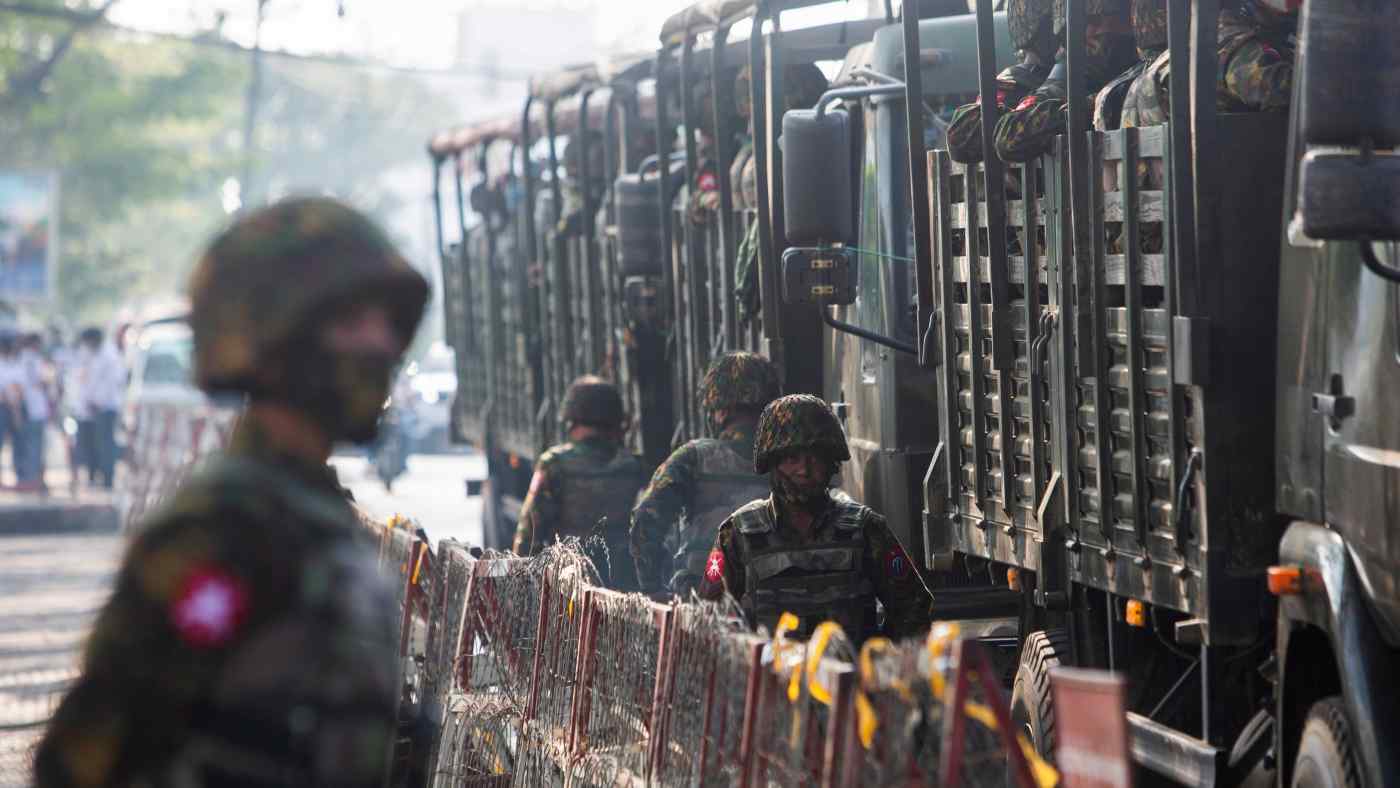 Soldiers stand next to military vehicles in Yangon: unrest in Myanmar is only growing as the military and the parallel government in exile both turn to arms.   © Reuters
KATSUHIKO MESHINO, Nikkei senior staff writerOctober 7, 2021 12:02 JST | Myanmar
CopyCopied

TOKYO -- Roughly eight months since the civilian government was forced out of power in Myanmar, the Southeast Asian country is on the brink of a full-scale civil war as the military cracks down on peaceful protests and the parallel National Unity Government -- formed in exile by democratically elected leaders -- calls for open revolt.