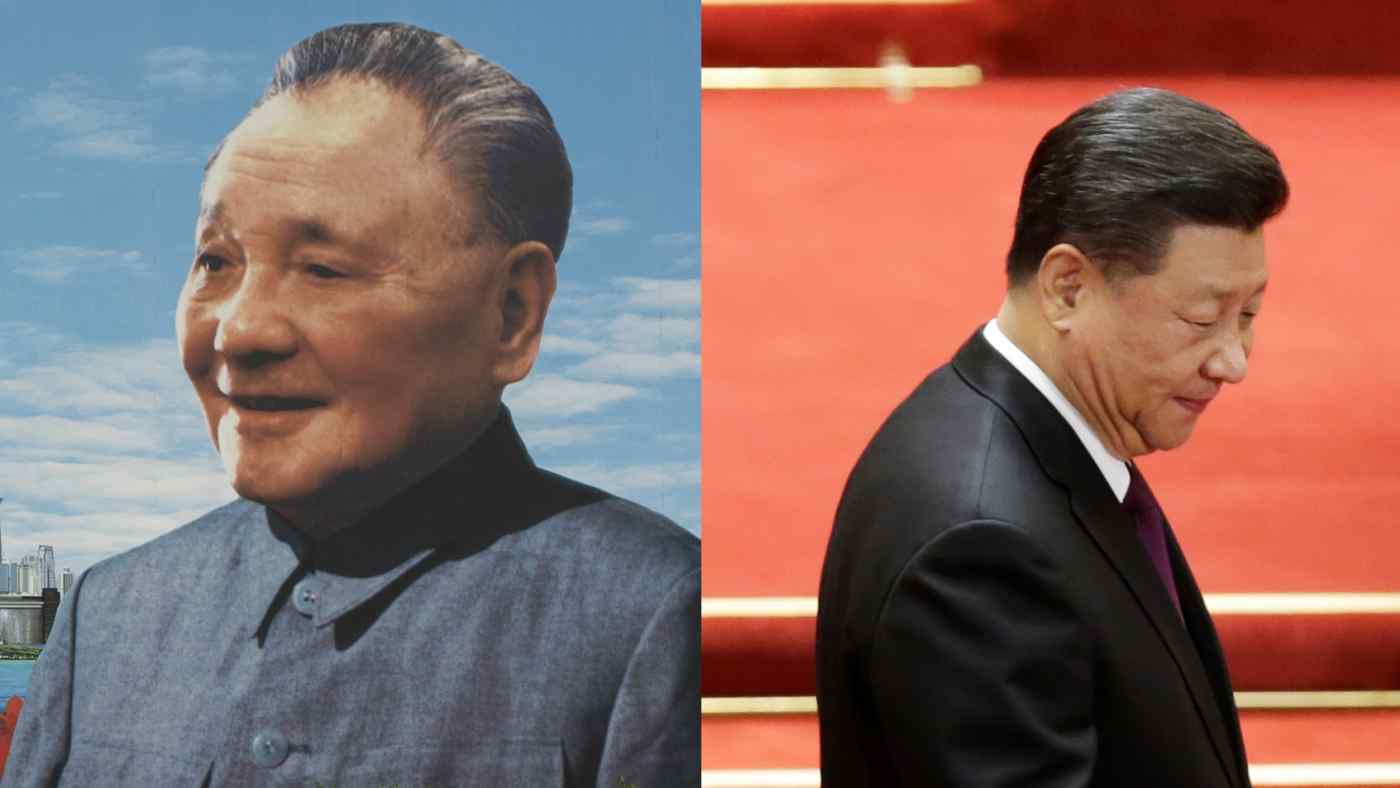 BEIJING -- With his recent speech commemorating Deng Xiaoping's "reform and opening up" policy, Chinese President Xi Jinping apparently sought to close the book on that stage of history and mark the dawn of a new era.

Xi's address, for the 40th anniversary of the economic reform program, referred to the nation's leaders under Deng as "the Chinese Communists with Comrade Deng Xiaoping as their main representative." This departed from the language used a decade earlier by predecessor Hu Jintao, who called it "the second generation of party leadership with Comrade Deng Xiaoping at its core."