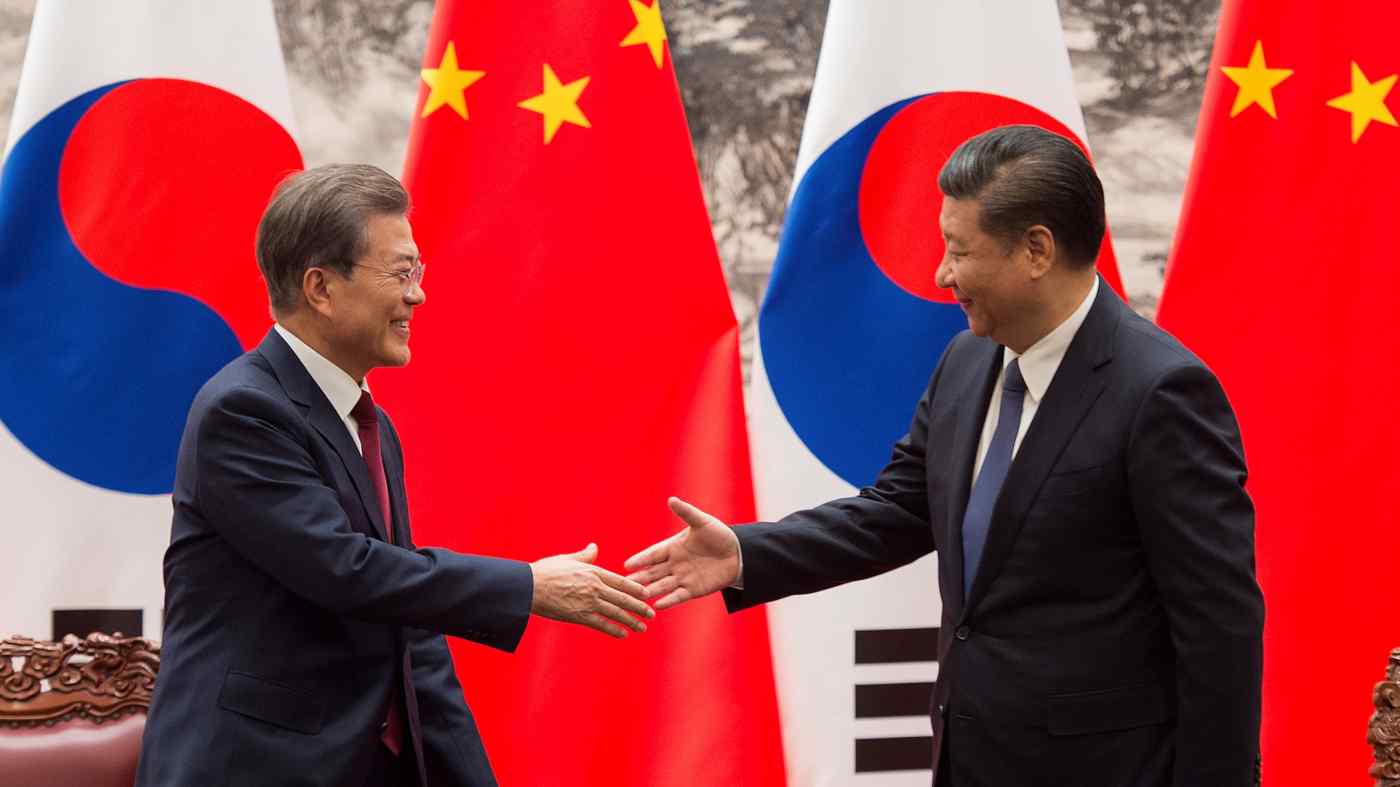 TOKYO -- With President Joe Biden working to repair and strengthen U.S. alliances in Asia, China has launched its own diplomatic campaign to counter Washington's efforts, starting in South Korea.

Xi expressed support for Moon's effort to revive two-way dialogue between North Korea and the U.S., as well as between the two Koreas. He said he looked forward to visiting South Korea soon.

The call, focused on some of Moon's most earnest policy goals, seemed like pushback against American efforts to curb Chinese clout in the region.

Caught between the two superpowers, the South Korean government has tried to downplay the implications of the Xi call. The leaders were always scheduled to speak when they did, partly to exchange New Year's greetings, official sources have said.

Still, it likely was no coincidence that Xi spoke with Moon so soon after the new U.S. administration came to power.

The "two plus two" talks were not included in the South Korean release. Seoul is believed to be looking at resuming an existing dialogue between high-level defense and diplomatic officials, and opted not to make a new announcement at that time.

A full-fledged two-plus-two forum is supposed to foster high-level, frank and strategic discussions on regional and international issues. "We wouldn't make a decision that could antagonize the new U.S. administration at a time like this," a South Korean diplomatic source said.

Others in Seoul believe that South Korea should not cut off its security dialogue with China, especially given their issues regarding the deployment of the U.S.-developed Terminal High Altitude Area Defense missile shield in the South.

The alliance with Washington will be developed into a "more comprehensive, mutually beneficial and responsible partnership," Moon had said soon after Biden took office.

But South Korea also shares deep economic, geopolitical and historical ties with China, and Moon considers China key to bringing North Korea to the negotiating table. It cannot tilt too heavily toward the U.S., unlike Japan, for example.

For now, all eyes are on the U.S. and South Korea's annual joint exercises slated for the spring. North Korea has demanded the cancellation of these drills, which it sees as a symbol of Washington's hostility, and hints that it could conduct further missile tests otherwise. The Biden administration has called North Korea's proliferation-related activities a "serious threat" to world peace and security, but its stance on the drills remains unclear.

Meanwhile, Moon faces growing pushback from the conservative opposition at home. He told reporters Jan. 18 that North Korean leader Kim Jong Un is committed to denuclearization and that if necessary, South Korea could discuss with the North its joint drills with the U.S.

Moon has also drawn ire over reports that the South Korean government drafted documents on a potential plan to build a nuclear power plant in North Korea, even as his administration shifts away from nuclear energy back home.

Moon spoke president to president with Biden by phone for the first time Thursday, the week after the conversation with Xi. "President Biden and I pledged to further upgrade the ROK-US alliance, an alliance that is anchored in shared values," Moon tweeted afterward, using the abbreviation for the South's formal name of the Republic of Korea.

He and Biden agreed that improving South Korea-Japan relations and cooperation among South Korea, the U.S. and Japan are important to regional peace and prosperity, the South's presidential Blue House said. Biden likely expressed concerns over the recent tensions between Tokyo and Seoul.

Moon seems to have taken the message to heart and has recently showed signs of easing up on Japan. As vice president in the Obama administration, Biden helped mediate Japan-South Korea tensions over wartime "comfort women." He is now once again working to court South Korea and mend Seoul-Tokyo ties, this time amid Beijing's new charm offensive.