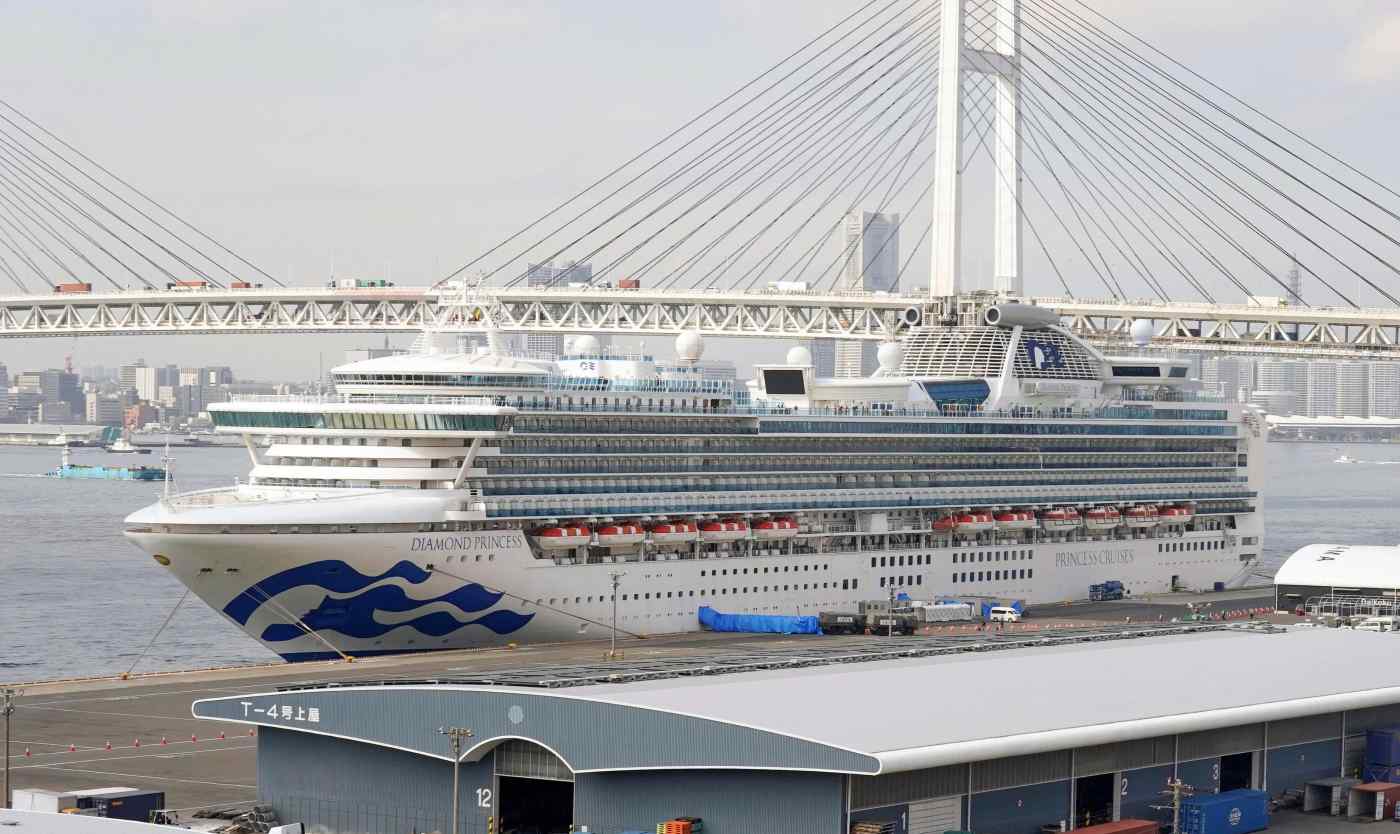 A second group of around 500 passengers is disembarking from the Diamond Princess on Thursday, following the 443 who left the ship Wednesday.   © Kyodo
YOSUKE KURABE, Nikkei staff writerFebruary 20, 2020 13:01 JSTUpdated on February 20, 2020 15:22 JST | Japan
CopyCopied

TOKYO -- Two elderly passengers who had been on the Diamond Princess cruise ship docked in Yokohama have died, Japan's Ministry of Health, Labor and Welfare said Thursday. The pair were a man and woman in their 80s and had been hospitalized.

They both passed away on Thursday morning, the ministry said. The man, who had an underlying illness, disembarked the ship and was hospitalized on Feb. 11 after coming down with a fever. He tested positive for the coronavirus on the next day.

The woman, with no underlying illness, had a fever and was accepted at a different hospital on Feb. 12. She tested positive the following day.

The two stayed in different rooms on the ship. They had received treatment by anti-HIV and anti-influenza medicine at the hospitals, according to the ministry, which is looking into what part the virus played in their deaths.

There were 621 confirmed cases of infection related to the cruise ship as of the end of Wednesday, 29 of them severe, the ministry said.

All of the nearly 3,000 passengers are expected to be off the ship by Friday, including some 500 leaving on Thursday. All passengers disembarking have tested negative for the virus.

The cruise started with 3,711 people on board, including 1,045 crew members, from 56 countries and regions. Kentaro Iwata, an infection prevention specialist and professor at Kobe University who boarded the vessel on Tuesday as part of a medical team, published YouTube videos this week saying that the ship did not take standard precautions, such as distinguishing between infection-free green zones and potentially contaminated red zones.

But on Thursday morning, he deleted the clips in English and Japanese, saying they had served their purpose.

"I erased my video post this morning because it went so viral, and I heard there had been significant improvements inside the cruise ship, and the zoning had improved," Iwata told reporters in Tokyo via a video link from a hotel where he is self-quarantining.

He denied he had been pressured to remove the videos, saying his proposals to prevent further contamination had been implemented and "the risk of passengers having secondary infections has now been tremendously reduced."

Iwata added that he had not changed his views. "If you keep 3,000 people inside a box for 14 days then the infection prevention has to be very thorough, very complete," he said. "I didn't see any of that."