Quarantined pair will be relocated to hospitals near their homes 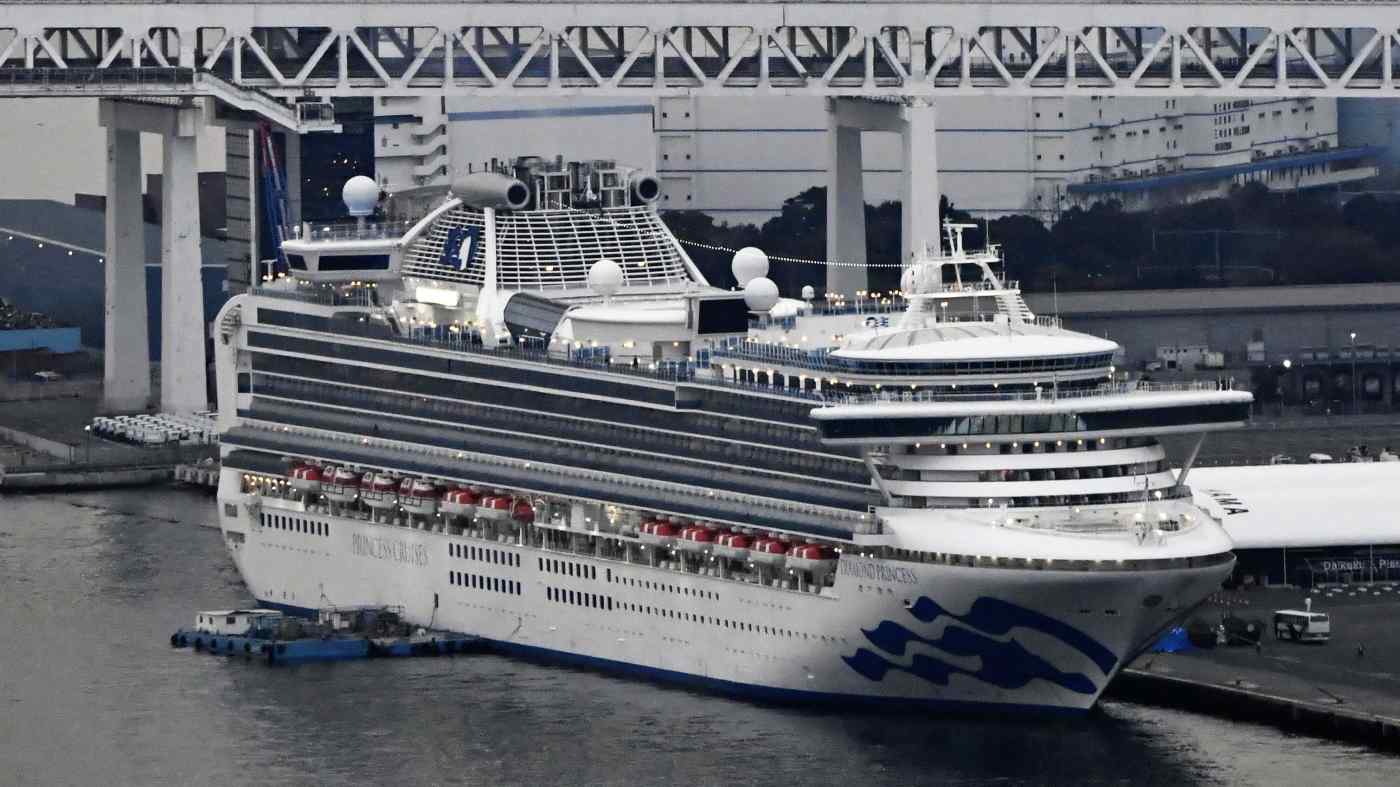 Australia on Thursday evacuated 170 citizens who had been confined to their cabins on the Diamond Princess since Feb. 3.   © Kyodo
February 21, 2020 14:22 JST | Australia
CopyCopied

SYDNEY (Reuters) -- Two Australians evacuated from a cruise ship in Japan have tested positive for coronavirus after returning to their home country, Australia's health department said on Friday.

Australia on Thursday evacuated 170 citizens from the Diamond Princess, owned by Carnival Corp, who had been confined to their cabins since Feb. 3 when the vessel was quarantined at Yokohama, south of the capital, Tokyo.

After arriving in Australia's tropical north where they will spend the next 14 days in quarantine, all passengers were screened and those complaining of being unwell were tested for coronavirus.

"Six people were identified as having minor respiratory symptoms and, or fever," the Australian Health Department said in an emailed statement.

"Two of those people have since tested positive for COVID-19 infection."

Di Stephens, a health official in the Northern Territory, declined to identify the Australians, but said both will be relocated to hospitals near their homes.

"Those people remain well and mildly ill with cold-like symptoms and they do not necessarily need to be in the hospital system, but more than likely will enter the hospital system in their home states," Stephens told reporters in Darwin.

Australia's chief medical officer Brendan Murphy said the virus could spread, particularly to those in close proximity to the patients onboard the Qantas flight.

"We will be closely watching those who were sitting close to those who have developed the disease," Murphy told reporters in Canberra.

"It is possible for more people to develop the virus over the next few days."

Murphy declined to identify the patients, adding that "one is an older person, one is a younger person".

Australia now has 17 cases of coronavirus.

Australia had not had a case of coronavirus since Feb. 1 when it barred entry to those arriving directly from mainland China.

The ban was extended on Thursday until at least Feb. 29.