ANA and JAL to reduce domestic flights amid coronavirus outbreak 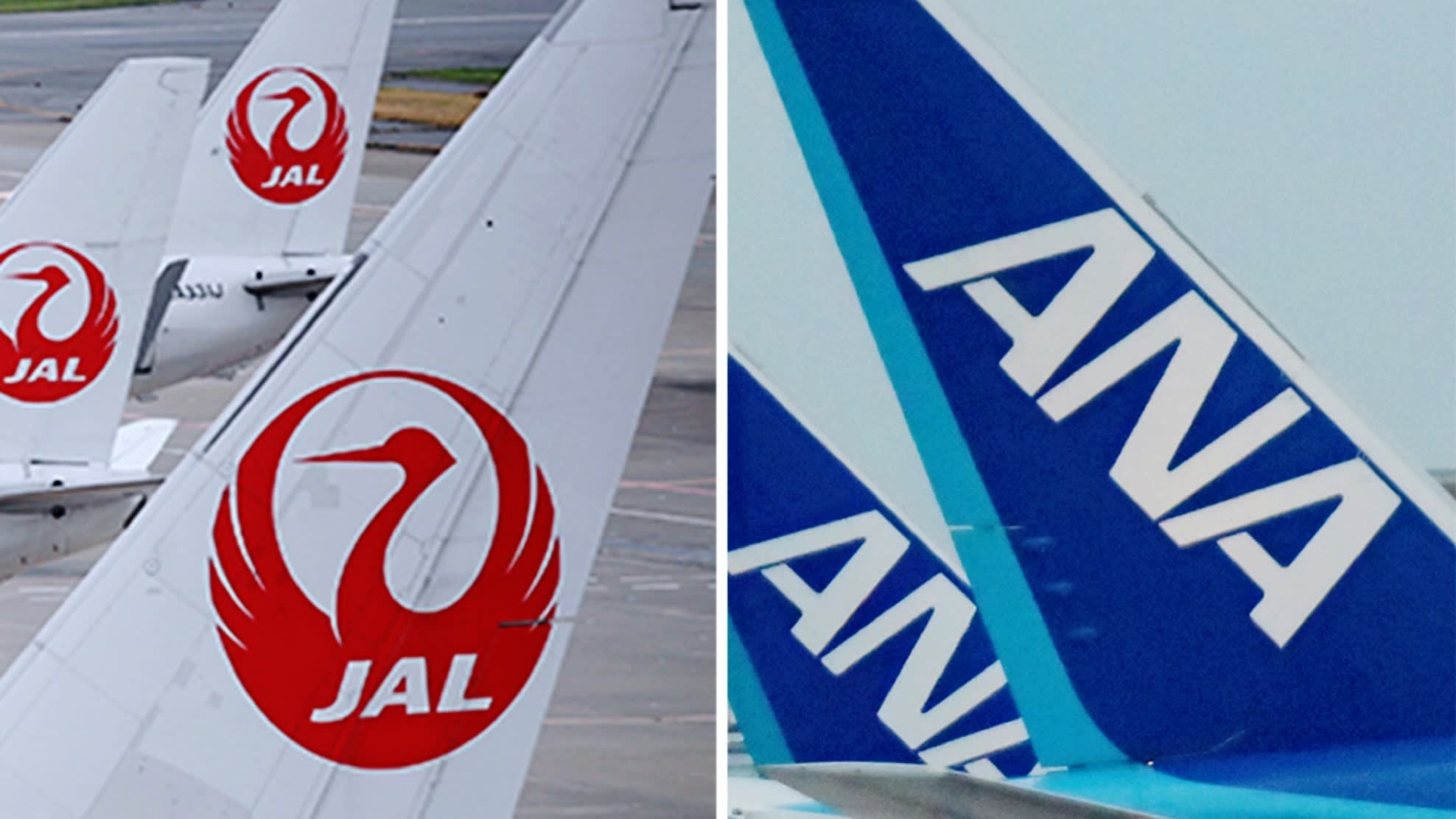 TOKYO -- All Nippon Airways and Japan Airlines will reduce domestic flights amid slumping demand due to the new coronavirus, the carriers announced on Wednesday.

The move will likely be another hit to the Japanese economy, which is already reeling after Prime Minister Shinzo Abe called for school closures and cancellations of large events to contain the rising number of coronavirus cases.

Many companies are already limiting domestic and foreign business trips.

Both airlines say domestic bookings for March are down approximately 40% from the same month last year. ANA, part of ANA Holdings, offers 17 round-trip flights between Haneda and New Chitose airports, while JAL has 16.

ANA will cut up to five round trips per day and JAL as many as four.

The spread of the coronavirus forced the airlines to partially halt international flights, mostly those connecting China. Compared with the number of China flights before the outbreak, only 25% of ANA's flights and 30% of JAL's remain.

On Feb. 26, Abe asked organizers of big sporting and cultural events to consider canceling or postponing them during what is thought to be a critical period as the country struggles with new infections.

The prime minister also recommended that all elementary, junior high and high schools nationwide be temporarily shuttered for the next few weeks.