TOKYO -- Japanese Prime Minister Shinzo Abe lifted the coronavirus state of emergency in Tokyo and four other prefectures on Monday, ending seven weeks of economic restrictions and ushering in an uncertain "new normal."

In a news conference, Abe highlighted the turnaround his government engendered during the crisis, which saw Japan's hosting of the 2020 Summer Olympic Games evaporate. The prolonged stay-at-home request has also severely damaged his support and the nation's economic recovery, his government's most significant achievement.

The reopening has also trailed South Korea, Thailand, New Zealand and others. 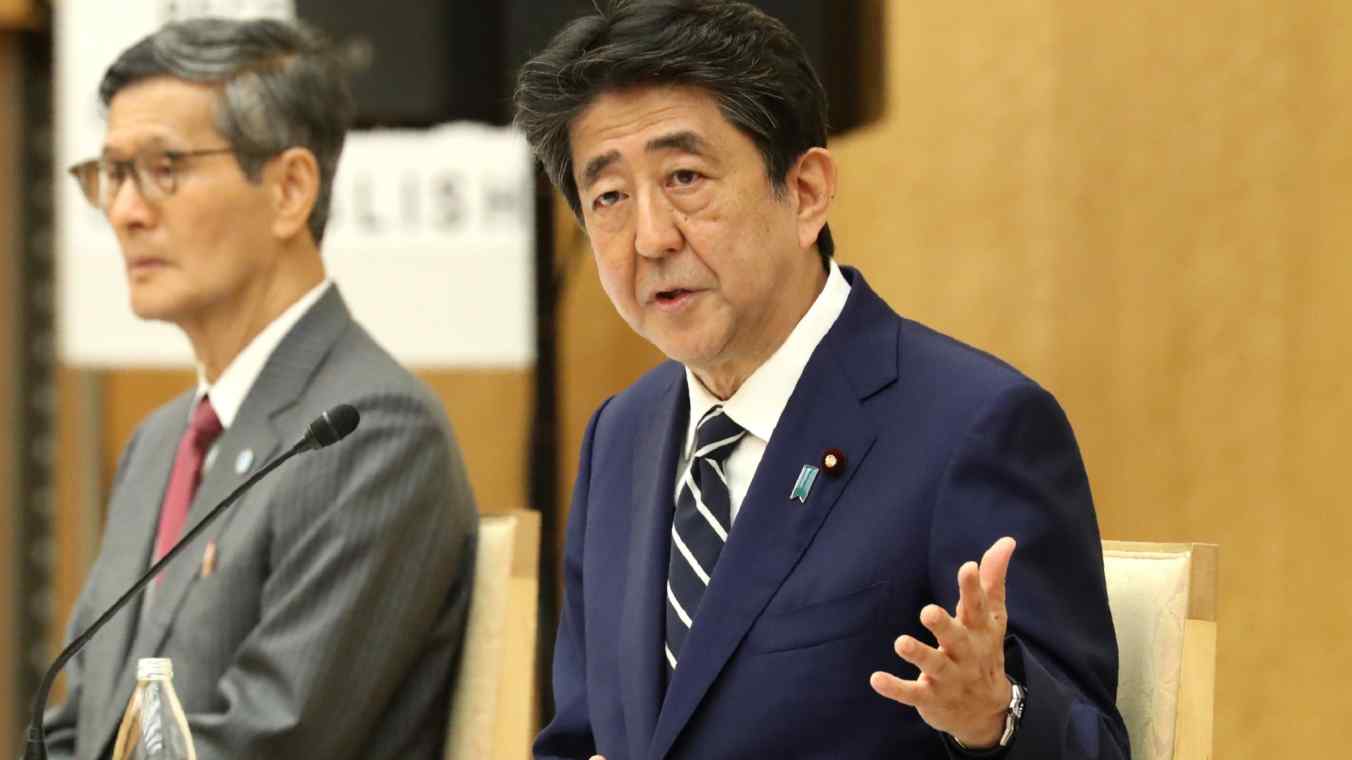 But Abe boasted that the reopening of Tokyo -- a city of 14 million -- is significant. "We have managed to bring the outbreak under control within just one and a half months. This demonstrates the effectiveness of the Japan model," adding, "The conditions the government has set for lifting the restrictions are tough even by international standards. We have concluded that all prefectures have met those conditions."

The decline in infections has been achieved despite the lack of a strict lockdown. Compliance with Japan's emergency, initially declared on April 7, has been voluntary and nonbinding. But schools, department stores, shopping malls and movie theaters agreed to close, while many citizens have been working from home during the week and staying in on weekends. By and large, restaurants and bars either closed or switched to takeout only for shorter hours. The Tokyo metropolitan government offered cash incentives for businesses that cooperated.

"The number of coronavirus deaths and infections within the population has been kept to an extremely small level compared to other Group of Seven nations," Abe said.

Although the country of 126 million has recorded over 16,000 infections and 800 deaths since the pandemic began, it has avoided a devastating outbreak like in the U.S. and elsewhere. 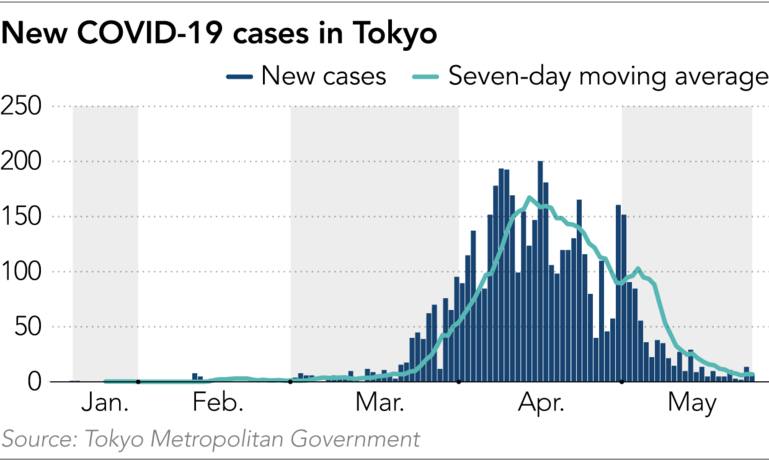 The capital has limited new cases to single digits on most of the past 10 days. And the number of discharged patients has been steadily increasing, easing pressure on hospitals.

In recent days, Tokyo has been averaging about new four cases, below the government's goal of 10.

articleimageAbe warned of a second emergency if cases surge. "I want to avoid restrictions on economic activities as much as possible," he said, adding that the key would be early detection. A contact tracing app is scheduled to be launched in Japan from mid-June, he said.

Abe cited a study by the University of Oxford that tracing apps could be an effective way to avoid a lockdown if 60% of the population used them and contacts were isolated quickly.

Abe added that the government would continue to work on expanding testing capacity by introducing antigen tests, using test equipment owned by universities, and setting up new PCR testing centers.

Now that the nation has largely flattened the curve, Abe said that it has to turn its attention to other countries, underlining the fact that the epicenter of the pandemic has shifted to emerging economies such as Brazil, India and Indonesia.

"There will be no recovery of the Japanese economy without recovery of the global economy. The coronavirus cannot genuinely be contained in Japan unless it is contained in other countries. This is a global challenge that won't be resolved unless we look outside the country," Abe said.

"We have to lead a fight against infectious diseases in partnership with other free and open countries," he added, calling for an international arrangement where all countries have access to vaccines. He also proposed that personal protective equipment be produced on a global basis and not just by one country, namely China.

Now Tokyo looks ready to rumble back to life. On Friday, Tokyo Gov. Yuriko Koike presented a road map that calls for reopening in three stages.

Schools, gyms and museums are to reopen in the first phase. Restaurants will be asked to close at 10 p.m., rather than 8 p.m. Baseball games are to resume without spectators, while bowling alleys will also open. Social gatherings will have a green light but should be limited to 50 people.

In the second phase, retail stores handling nonessential items will reopen, along with cram schools and theaters. Gatherings will be expanded to 100 people.

The third stage will involve reopening confined locations such as internet cafes, game arcades and pachinko parlors. The recommended maximum attendance will rise to 1,000 people.

The city plans to wait up to two weeks before advancing to the next stages, and it will continue to monitor infections. There is no reopening schedule for music venues, karaoke bars and fitness clubs, many of which were responsible for coronavirus clusters.

The Nippon Professional Baseball Organization said on Monday that it will begin the season on June 19, three months after the original opening date. Games will be held without spectators. The Japan Professional Football League said it will hold a meeting this coming Friday to discuss soccer scheduling. Medical advisers to the two pro sports bodies recommend that games be held behind closed doors, and that players be tested before seasons resume.

As for the Olympics, Abe hopes "to hold a complete Tokyo games as the symbol of victory for mankind against the novel coronavirus next summer. For that to happen, [it is not enough for the disease] to be impeded just in Japan."

But International Olympic Committee senior official John Coates said that October will be a critical period for assessing whether the Japanese capital can host the games next year. He said Olympic organizers were facing "real problems" due to the sheer number of people that would be converging on Tokyo from multiple countries, many of which are still in the depths of a public health crisis brought on by the coronavirus pandemic. "Yesterday there were 10,000 new cases in Brazil," Coates said.