Abe instructs state of emergency to be extended around a month 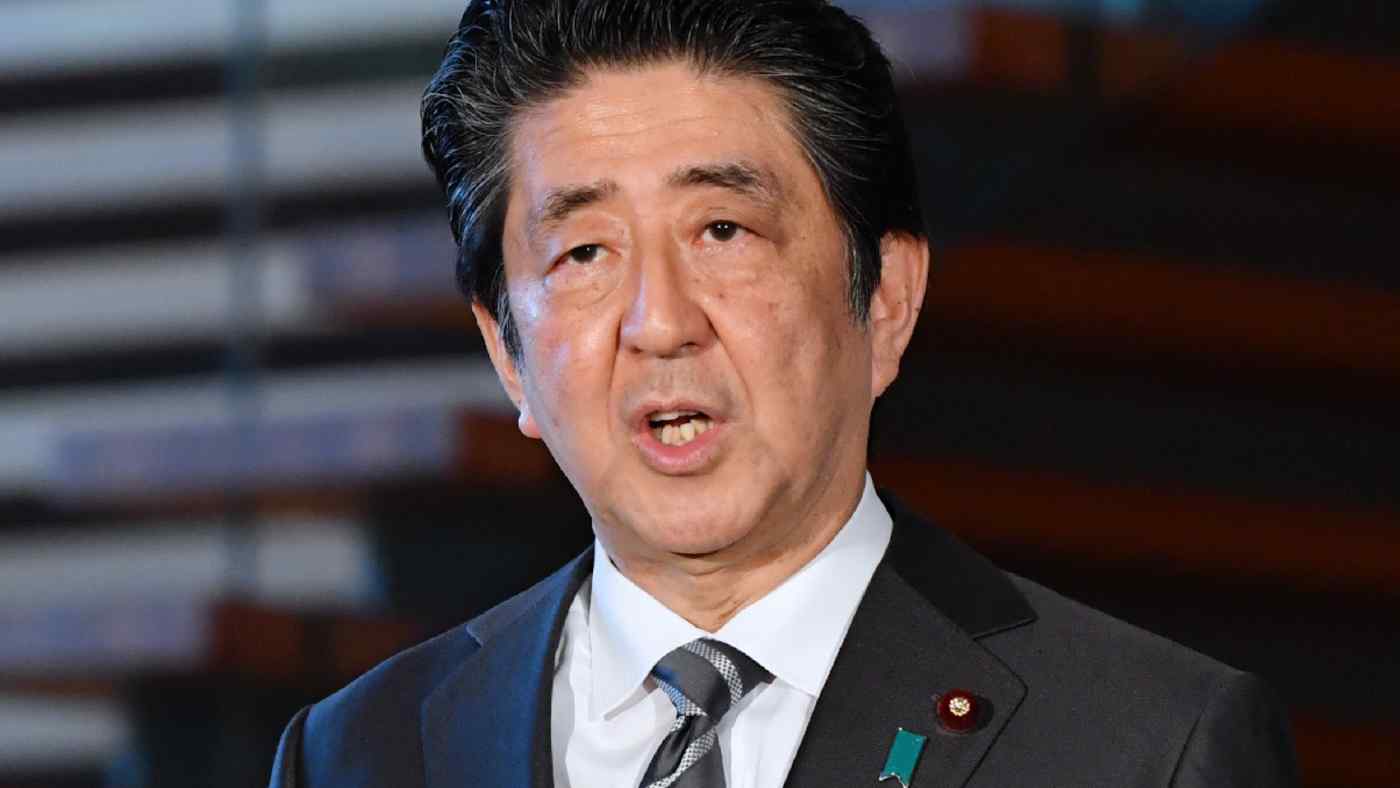 TOKYO -- Japanese Prime Minister Shinzo Abe said Friday that the nation's state of emergency will be extended for around a month, beyond the initial May 6 deadline.

"Upon receiving updates from experts, I have instructed Minister [Yasutoshi] Nishimura to swiftly make the necessary preparations to extend the current structure of the state of emergency for around a month," Abe said, referring to his coronavirus response chief. "I would like to make the formal decision on May 4," he said.

All 47 prefectures will be subject to the extension. For Japan's megacities such as Tokyo, this would mean the stay-at-home measures and closures of stores will span two months, delivering a devastating blow to the economy.

Prior to Abe's announcement, Japan's government-appointed panel of coronavirus experts said on Friday it would be difficult to ease curbs on people going outside, despite signs the contagion is ebbing. Japanese Economy Minister Yasutoshi Nishimura, right, speaks during a meeting of government-appointed coronavirus experts in Tokyo on May 1. (Photo by Taro Yokosawa)

"It is our consensus view that the current framework needs to be maintained for a while," said Shigeru Omi, a member of the panel that advises Abe.

During a meeting on Friday, the panel examined the possibility of categorizing areas by the rate of new infections. "In areas where infection is severe, strict restrictions on behavior will be required," the panel said.

The experts are scheduled to hold another meeting by the end of the Golden Week holiday, which runs through the day, to reassess the situation. After that, the government will make a final decision.

The number of COVID-19 cases in the country has risen since the emergency was declared on April 7, initially for seven prefectures, including the Tokyo metropolitan area. The daily case total hit 690 on April 11.

But the rate of new infections has been slowing, with daily figures falling below 200 on some days, suggesting the state of emergency has been somewhat effective.

But the country still faces uncertainty, with new cases trending up in some areas.

Abe said on Thursday that it will be "difficult to go back to normal on May 7," adding that the country needs to prepare for a "protracted battle of some kind." This seemed to indicate his intent to extend the state of emergency.

Omi echoed Abe's view. "It would be nice if the number of infections never rebounds once it goes down," he said. "But the problem is not so simple. It's entirely possible that a decline is followed by another wave."

The panel chairman said the nation has made major progress toward reducing the number of new infections. He also noted that social distancing has resulted in a notable slowing in the pace of transmission.

According to Omi, the rate of transmission from an infected person is only 0.7 persons, compared with 2.0 before. But he added that the promising figures did not justify a lifting of restrictions.

In particular, Omi said that too many workers are still commuting. He noted that daytime pedestrian traffic in downtown Tokyo and Osaka declined only between 29% and 49% on weekdays, and that people aged 30 and older are still going out more than younger people.

For the partial stay-at-home order to end, he said the number of new infections has to go down significantly. Also, more testing should be done and more hospitals need to treat coronavirus patients under a clearly defined division of labor.