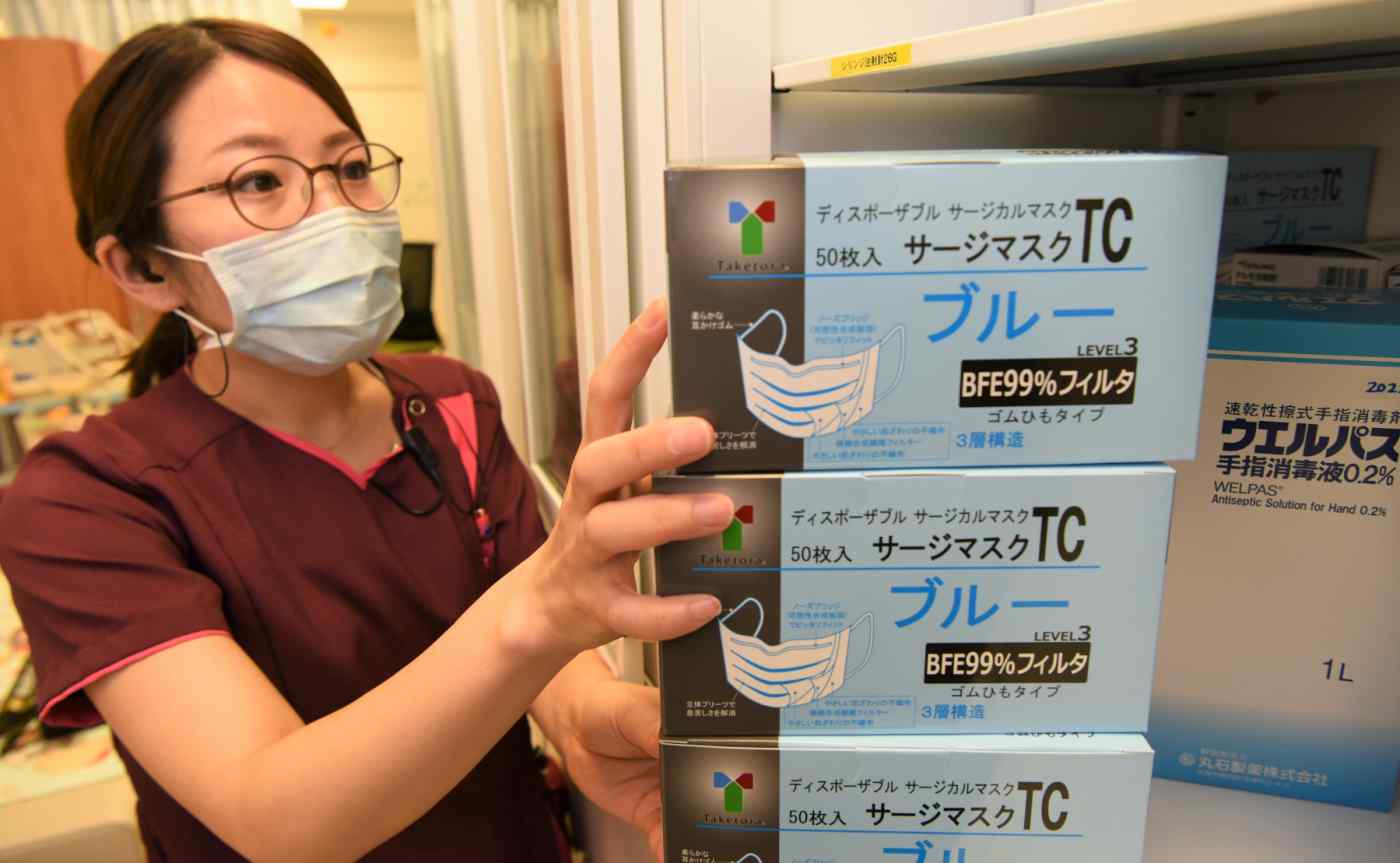 TOKYO -- Japanese Prime Minister Shinzo Abe on Wednesday sought to assure the country's mask makers that the government will assume any risk of overproduction by creating a national stockpile of the protective gear.

"If there's a surplus [of masks], the state will take responsibility for them through stockpiles," Abe said while answering questions in parliament.

Japanese manufacturers have answered the government's call to offset a nationwide shortage of medical masks, but the increased production is not expected to provide a windfall to the makers of the fabrics used in the masks. Smaller makers have expressed concern that they would end up making more masks than they can sell.

Manufacturers have entered round-the-clock production to counter a nationwide shortage of masks. The current shortfall, which has affected retail outlets and hospitals, is partly due to a halt in imports from China, where the novel coronavirus started and there is more than 75,000 confirmed cases.

"Because shipments are being directed mainly to health care facilities with depleted inventories, it will take time before the masks are stocked in stores," Suga said.

As the coronavirus spreads in Japan, masks have disappeared off store shelves almost instantaneously and are still hard to come by. While mask makers are gearing up to boost output, the nonwoven fabric industry, which produces the main material used in the masks, is unlikely to see much of a benefit. This is because the market for the main product that the materials are used in, diapers, remains in the doldrums.

Japanese-made diapers have been hot sellers in China in recent years due to their quality. But Beijing imposed tougher restrictions on e-commerce in January last year, which decreased purchases by Chinese resellers.

"The demand from masks has been rising, but use in diapers is greater in terms of volume," said an executive at a chemical producer that makes nonwovens. "What's concerning are the trends in diaper production in China."

Japan's nonwoven industry has yet to recover. A mask uses less material than a diaper, and production facilities for nonwovens do not appear to be operating at full capacity. Now that China's economy has been disrupted by the coronavirus, a further reduction in demand for nonwoven fabric is expected.