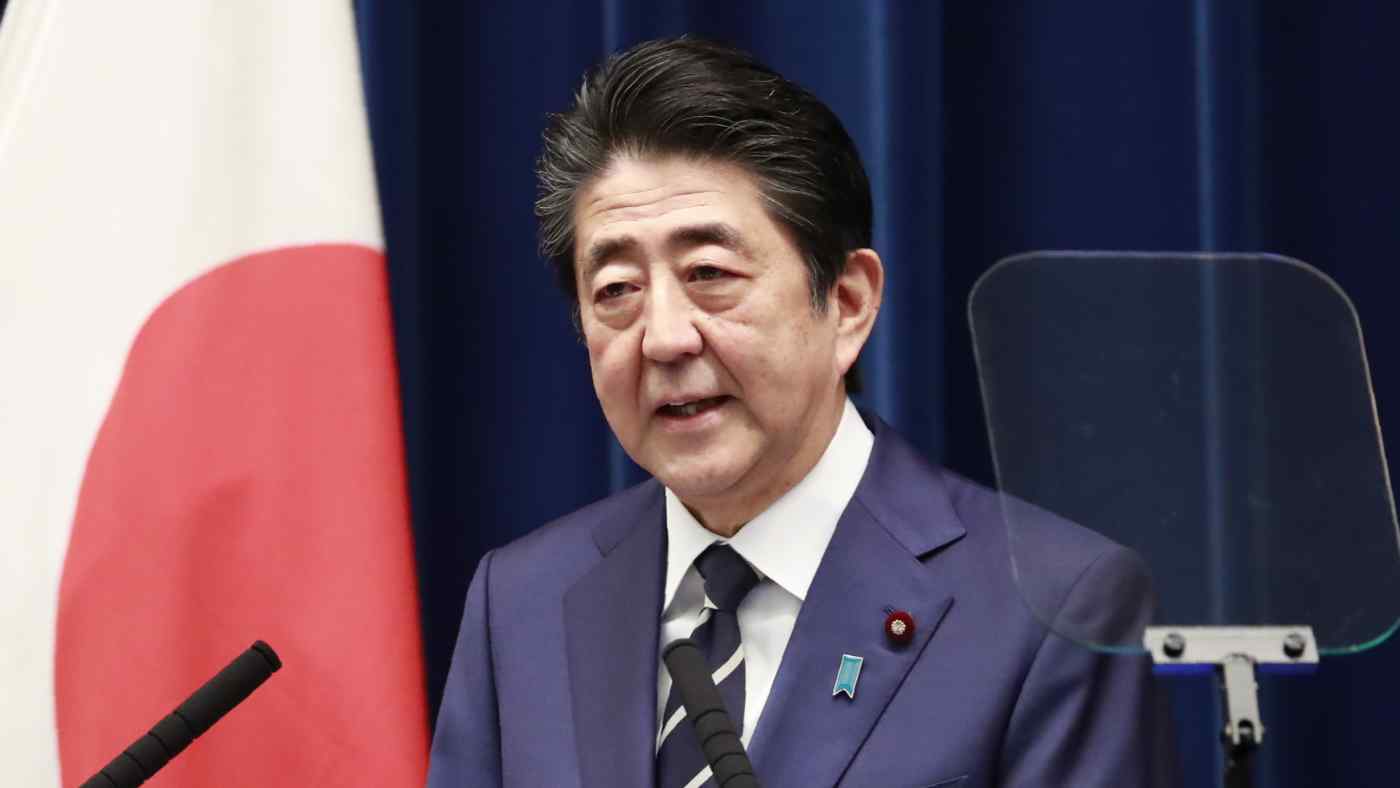 "We need to resort to every possible means" to stop the virus, Abe told reporters in a rare weekend news conference where he addressed everything from testing and toilet paper shortages to talk of canceling the Olympics.

Japanese families were surprised on Thursday when the prime minister asked all elementary, middle and high schools to close temporarily starting Monday, as the government scrambles to prevent a wider outbreak. Japanese schools normally take a spring break at the end of the academic year, from mid-March to early April.

"We will take care of those households by establishing a new subsidy system," Abe said, referring to the country's 270 billion yen ($2.5 billion) in reserve funds for emergency measures.

While it is up to schools and local governments to decide whether to cancel classes, many companies have already taken steps to prepare for across-the board closures, with some employers rolling out large-scale telecommuting systems and cram schools suspending sessions. The government's assistance -- part of a second package of emergency measures to be drawn up in the next 10 days -- will be available to both permanent and non-regular employees.

"I understand that it will be a big burden for working parents, but the safety and health of the children are most important," the prime minister said. "I ask for the parents' and companies' understanding."

Besides putting pressure on parents, the rising number of cases in Japan have cast a shadow on two major events: a state visit by Chinese President Xi Jinping planned for the spring, and the Tokyo Olympics in the summer.

A top adviser to Xi, Yang Jiechi, met with Abe and Foreign Minister Toshimitsu Motegi in Tokyo this weekend, reportedly to discuss postponing the visit. But Abe told the media that "at this point in time, there is no change in our plan."

"The president of China's visit to Japan happens once in a decade and we need to consider that," the prime minister said. "We plan on continuing our communication with China."

Abe also sought to quell fears that the Olympics would become a coronavirus casualty, after a member of the International Olympic Committee raised the possibility of a cancellation earlier this week. "The president of the IOC has said that the response of the Japanese government has been sufficient, and the Olympics will push through," Abe said.

On virus testing, Abe noted that Japan's current capacity to diagnose the Covid-19 disease stands at 4,000 tests a day -- versus neighboring South Korea's 10,000. But the prime minister said work is underway to reduce testing time from two hours to 15 minutes, and to expand available hospital beds for infectious diseases to more than 5,000 from over 2,000.

"Starting next week," Abe said, "the tests will be covered by the public insurance system." Meanwhile, he said, three medicines that proved effective in labs are being administered to patients in Japan.

And amid reports that toilet paper is selling out across the country, the prime minister blamed the shortage on "groundless rumors" that Japan's supply will run out due to reduced shipments from China.

"Almost all the toilet paper consumed in Japan is manufactured in this country," he stressed. "We don't have to worry about supply from China. We have sufficient inventory and manufacturing capability in Japan."

On a similar note, Abe reiterated that Japan's production of face masks -- now in short supply worldwide -- will be doubled in March to 600 million per month, exceeding current demand.

"We would like to ask people to act calmly when they shop," he said.

Abe called the coronavirus an "enemy" that we cannot see. "We have no idea how this enemy is going to behave. I don't believe Japan can fight this battle successfully only at the government level. We need understanding and support from each person in Japan."