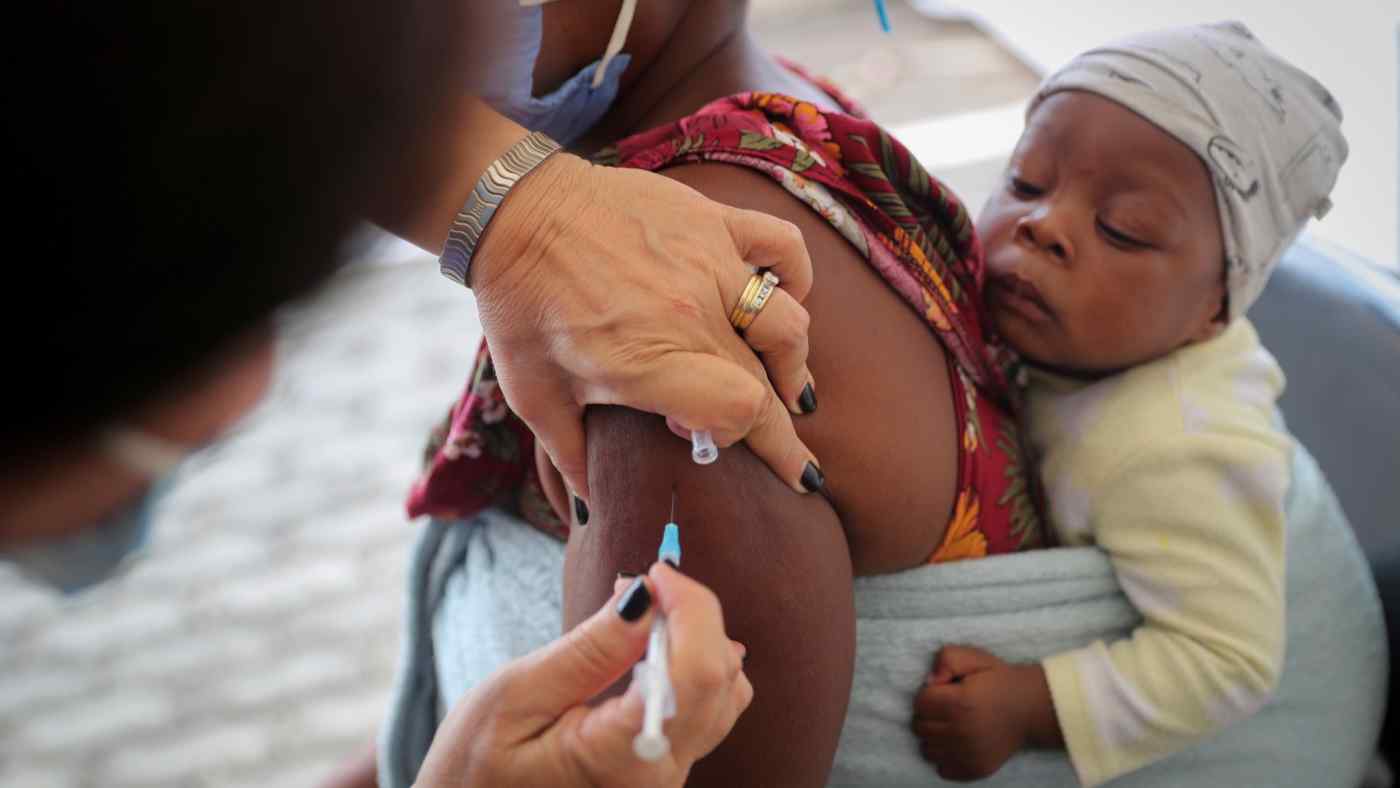 GENEVA (Reuters) -- Governments need to reassess national responses to COVID-19 and speed up vaccination program to tackle omicron, though it is it too early to say how well existing shots will protect against the new variant, the World Health Organization said on Wednesday.

The variant's global spread suggests it could have a major impact on the COVID-19 pandemic, and the time to contain it is now before more omicron patients are hospitalized, WHO director-general Tedros Adhanom Ghebreyesus said.

"We call on all countries to increase surveillance, testing and sequencing," he told a media briefing. "... Any complacency now will cost lives."

WHO emergency director Mike Ryan said that as the variant appears to be more easily spread, efforts must be redoubled to break chains of transmission.

The WHO noted early evidence from BioNTech and Pfizer of the effectiveness of their vaccine against omicron.

The German and U.S. companies said on Wednesday a three-shot course of their COVID-19 vaccine was able to neutralize the new omicron variant in a laboratory test, while two doses resulted in lower neutralizing antibodies by a factor of 25.

Warning against jumping to conclusions from the test, the WHO's chief scientist said it was too soon to say whether the reduction in neutralizing antibodies meant the shot was less effective.

"It is premature to conclude that this reduction in neutralizing activity would result in a significant reduction in vaccine effectiveness. We do not know that because as you know the immune system is much more complex," Swaminathan said.

"And so what we need now is a coordinated research effort and not jumping to conclusions study by study."

Ana Maria Henao-Restrepo, WHO head of research and development unit, said that its closed-door meeting of experts on Monday had reviewed variability in the results of early data on vaccine effectiveness against omicron.

"Neutralizing antibodies are an important piece of information, they play an important role in the control of the infection, but they are only one part of the protection against severe disease," she said.

The WHO also said it would publish a review of its stance on booster doses within days, but with vaccination rates worryingly low in much of the developing world, administering primary doses -- rather than boosters -- remained its priority.

"Wholesale boosters are not the solution," Swaminathan said.