Isetan, Takashimaya and retailers miss out on New Year bonanza 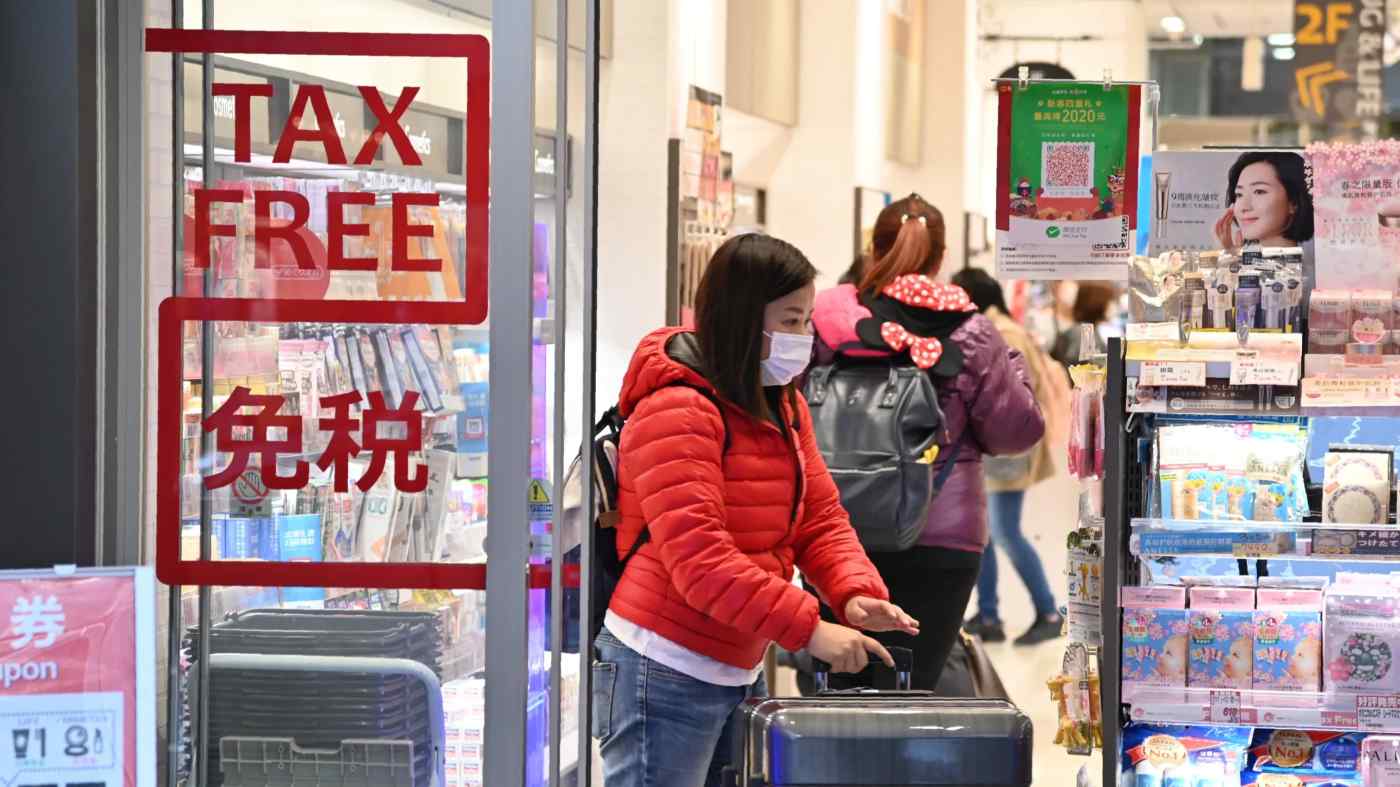 TOKYO -- Japan's big retailers are reporting a heavy hit to sales over the Lunar New Year holidays as the new coronavirus slows the flow of big-spending tourists from China.

Department stores in particular suffered double-digit drops in tax-free sales to tourists over the week starting Jan. 24, likely due to China's Jan. 27 decision to ban group tours overseas. Cancellations of group tours from China are expected to exceed 400,000 visitors through the end of March, according to the Japan Association of Travel Agents.

The drop in Chinese tourists is apparent from air-traffic data as well. All Nippon Airways, a unit of ANA Holdings, said the number of passengers on China flights during the Lunar New Year was 10% lower than a year earlier. A quarter of reservations for Japan Airlines' China flights in February were canceled between Jan. 22 and Friday.

Tax-free sales at Isetan Mitsukoshi Holdings, whose three flagship department stores in Tokyo rely heavily on foreign tourists, tumbled about 20% from last year's Lunar New Year holidays. Although sales were strong in the first half of the week, customer traffic fell after China's tour ban, heavily impacting sales of cosmetics and luxury items like jewelry.

Takashimaya's tax-free sales fell 15%. While it also did well in the first half of the week, "tax-free sales from Jan. 29 dropped 30% to 40% compared with the holidays last year," the company said.

Stores in the greater Osaka area, which bring in 80% to 90% of tax-free sales from Chinese customers, felt the pain as well. Hankyu Hanshin Department Stores' flagship location in Umeda suffered a 10% drop. Takashimaya's Osaka store sustained an 8% decline after the number of Chinese customers "dropped 30% to 40% around Jan. 29," according to the store.

Tax-free sales at department stores edged up 2% in 2019 to 346.1 billion yen ($3.19 billion), according to the Japan Department Stores Association. While the annual tally reached a new high for a third straight year, growth slowed from the 25.8% jump logged in 2018 as China cracked down on cross-border personal shoppers and its economy slowed. Sales could shrink in 2020 if Beijing keeps its tour ban in place long term.

The blow extended beyond department stores. A major electronics retailer likely suffered at least a 10% drop in tax-free sales, even after a double-digit increase on Jan. 25 and 26. Hotel Metropolitan Tokyo Ikebukuro, which usually draws about 30% of its customers from China, faced cancellations from Chinese tour groups.

Sapporo, the biggest city in Hokkaido known for its Snow Festival and seafood, is expecting 133,000 visitors to cancel hotel reservations through the end of March, and projects 6.4 billion yen in total losses. "We are seeing a huge impact, since this is usually a peak time for Chinese tourists between the Lunar New Year and the Snow Festival," said Mayor Katsuhiro Akimoto.

"Visitors from within Japan could also think twice about coming here," Akimoto said. "We want to think about future economic strategies in preparation for this situation lasting for some time."