As coronavirus mutates, countries scramble to put up defenses 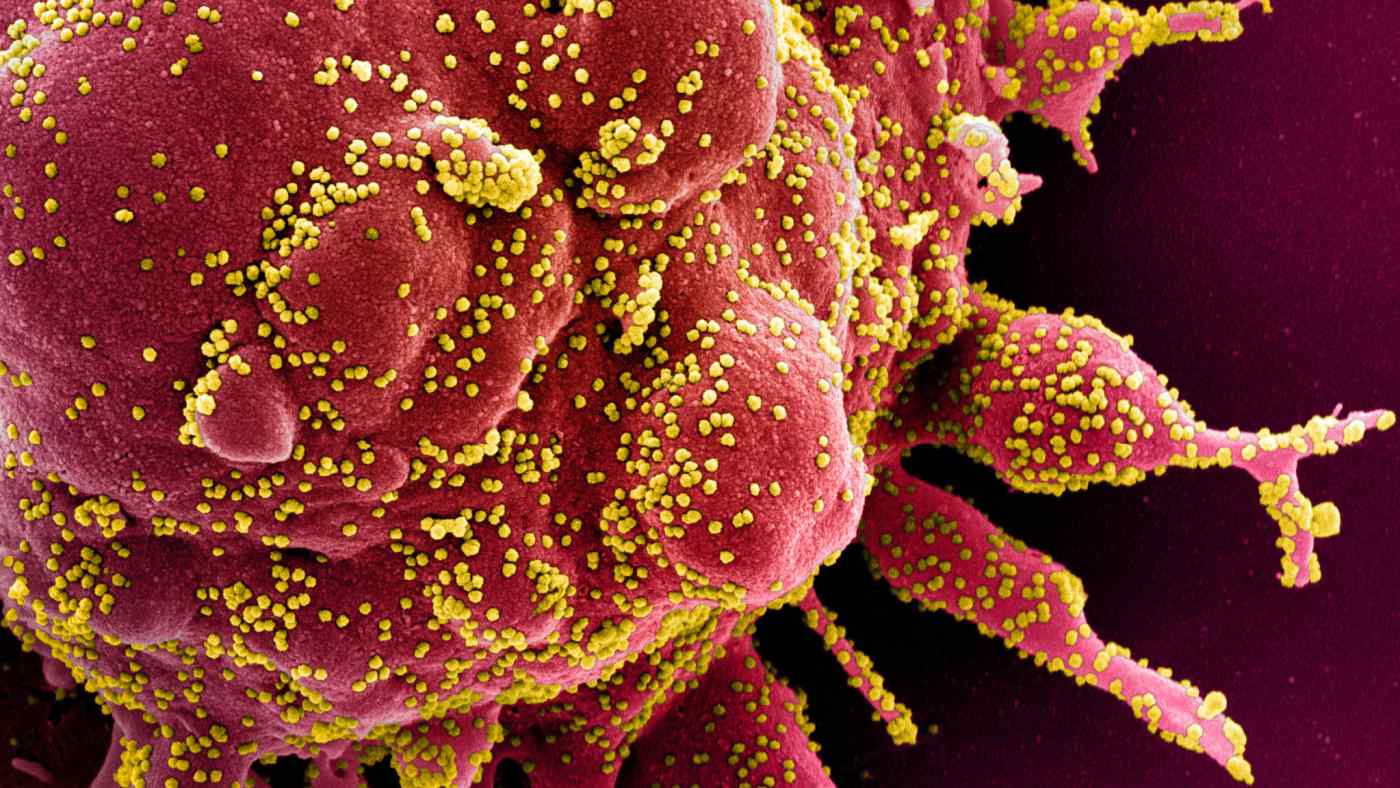 TOKYO -- First identified in the U.K. late last year, a new variant of the virus that causes COVID-19 has now been confirmed in 49 countries and regions. A separate variant first found in South Africa has been spotted in 19 countries.

Japan has found another new variant, one that is thought to have come from Brazil.

The emergence of new and likely more infectious variants has set off alarm bells around the world about the risk of dangerous mutations as the pandemic drags on.

University of Tokyo professor Yuichi Iino warns that the U.K. variant, which data shows is up to 70% more infectious than the main form, can spread rapidly.

According to Iino's model, if the starting point were 300 carriers of the main form of the virus and 10 of the U.K. variant, there would be around 1,000 new infections in four months. That would quickly expand to 2,000 in six months, at which point the U.K. variant would overtake the main form.

But if the starting number of the U.K. variant were 100 cases, the new variant would be the majority in four months, and in six months new infections would surge to around 13,000.

"If a variant enters the country, infections will spike and will require stronger countermeasures," Iino said. The key is to block entries and to detect community spread at an early stage.

The U.K. variant has spread quickly across the globe, including to the U.S., France, Spain, India and Japan. Though the variant is not believed to cause more severe illness than the main form, it has fueled fears of the possibility of a new strain that is deadlier or more resistant to the vaccines that the world is counting on to end the pandemic.

So far, there are no examples of new variants spreading within Japan.

But the British variant is not the only mutated form of the virus confronting health authorities. Japan's health ministry said Sunday that it had detected a new variant in four travelers who had arrived from the state of Amazonas in northwestern Brazil. Cases are on the rise there, sparking concerns that this version may be more contagious as well. The virus has 12 mutations in the spike protein -- the part targeted by certain vaccines and treatments -- some of which have also been found in the U.K. and South African variants.

A variant first found in South Africa has been confirmed in the U.K. and travelers have been found to be carrying the virus in Japan, France, Australia and Canada. Yet another has been reported in Nigeria.

The emergency of the British variant prompted Japan on Dec. 28 to halt all new entries into the country by foreign nationals, with the exception of some business travelers. Travelers from the U.K. and South Africa who test negative for the virus behind COVID-19 upon entry are required to take another test three days later after staying in designated accommodations or other places reported to authorities.

The virus's elusiveness showed the limits of Japan's self-quarantine recommendation for people arriving in the country from abroad.

Viruses naturally mutate over time when errors crop up as they make copies of themselves. The SARS-CoV-2 virus, which causes COVID-19, mutates every 15 days on average. As cases increase, more opportunities for such errors emerge, heightening the risk of a mutation that makes a virus more dangerous.

"We should think of it this way: Viruses that are less infectious have been weeded out, while variants that are more infectious have spread," said Michinori Kohara, senior researcher at the Tokyo Metropolitan Institute of Medical Science's Viral Infection Control Project.

Many experts believe a large number of new variants to have emerged around the world. Countries including Japan, the U.K. and the U.S. are stepping up efforts to monitor them through genome analysis of virus samples.

Experts are on particularly high alert for any changes in virulence -- the ability of the virus to harm its host. During the 1918 influenza pandemic, a mutated strain is believed to have made the second wave much deadlier than the first.

Research so far suggests that the U.K. and South African variants of SARS-CoV-2 are no more likely to cause severe illness than the main form. But a more virulent strain could still arise as the pandemic wears on.

A study by Pfizer and the University of Texas indicates that the mRNA vaccine from Pfizer and BioNTech works against the South African variant as well.

BioNTech CEO Ugur Sahin has said that if mutations do cause problems for the vaccine, a new version could enter into mass production in just six weeks, as the mRNA code could be rewritten accordingly.

But whether more traditional vaccines that use inactivated viruses, such as those developed by Chinese companies, will also be effective remains unclear.