Asia scans the world for best practices to reopen economies 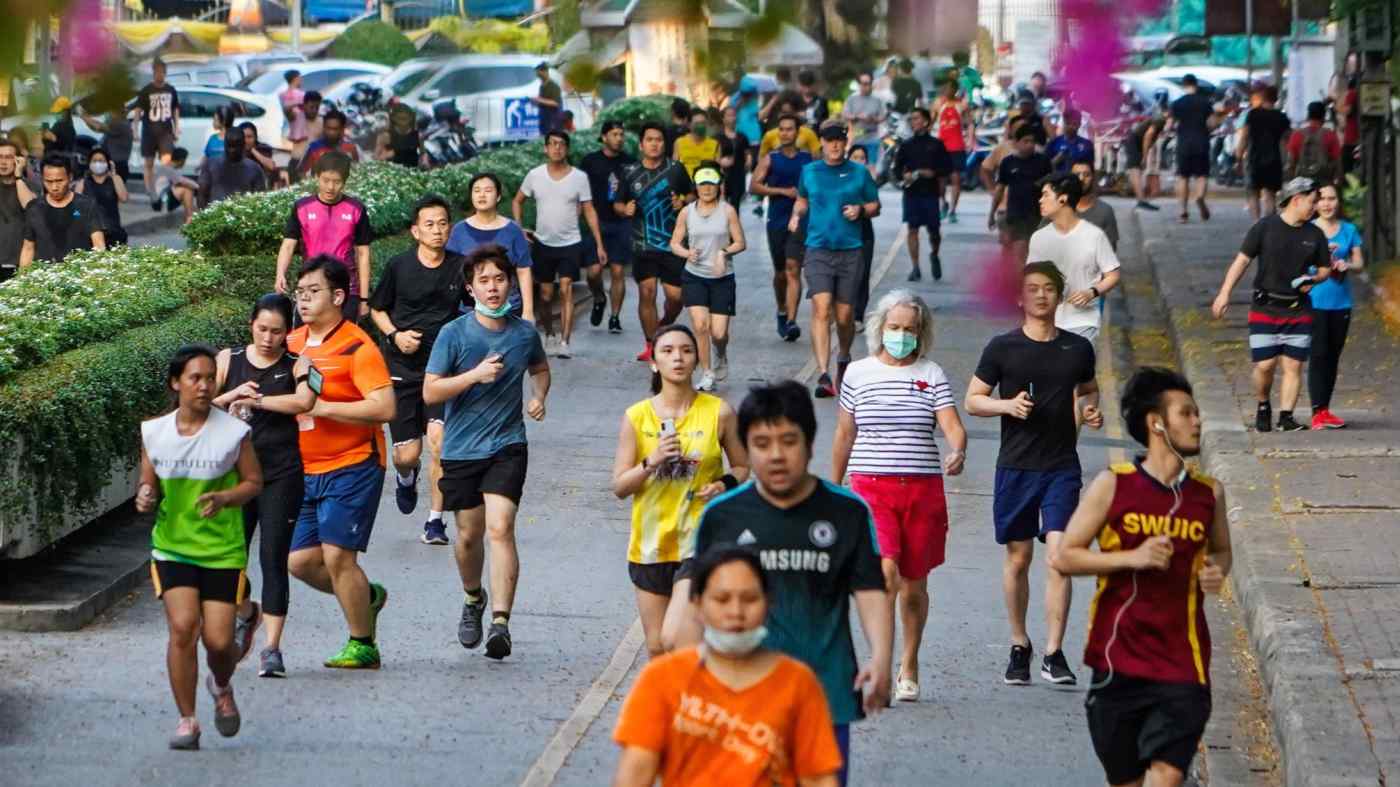 People exercise in a Bangkok park on March 29. Fitness clubs were closed in a nationwide state of emergency that is now being eased. (Photo by Akira Kodaka)
Nikkei staff writersMay 8, 2020 05:18 JST | East Asia
CopyCopied

South Korea, once the hardest-hit Asian nation outside of China, this week removed rules against nonessential travel after the virus' spread within the country fell to near zero. Lunchtime crowds have returned to a district of central Seoul popular with restaurant-goers.

In Singapore, authorities say restrictions on businesses will be loosened over the next several weeks, with laundries and barbershops among the establishments allowed to reopen. Indonesia's Lion Air will resume limited domestic flights on Sunday, albeit with onboard social distancing, as the country relaxes travel restrictions for essential workers.

Yet fears of a second or third wave of infections persist. In South Korea, where three of four newly confirmed COVID-19 cases announced Thursday were linked to overseas travel, Korea Centers for Disease Control and Prevention has urged temperature checks for visitors at tourist attractions and frequent disinfection of facilities.

Asia's moves to return to pre-pandemic life come as nations around the world look for best practices for reopening economies. Singapore looks to begin reopening laundries, barbershops and other businesses in the coming weeks. (Photo by Akira Kodaka)

Concerns over infection risk have also been voiced in the U.S., where more than 30 states had allowed some businesses to reopen as of Wednesday. These included 10 states that did not satisfy the White House's reopening criteria, such as a downtrend of cases over a 14-day period, according to Bloomberg.

Faced with surging unemployment numbers, U.S. President Donald Trump has advocated restarting local economies. But Anthony Fauci, the director of the National Institute of Allergy and Infectious Diseases and a member of the White House coronavirus task force, has warned against easing restrictions too quickly, saying that the virus could spread rapidly under those circumstances.

New Zealand announced that week it would ease its own restrictions, with Prime Minister Jacinda Ardern saying the chain of transmission had been "broken."

Thailand on Sunday allowed some businesses to reopen, including restaurants and hair salons, that were shut down under a state of emergency issued on March 26. The country plans to fully reopen its economy in four phases, and later stages are expected to include department stores, fitness clubs, and finally nightclubs.

Meanwhile, Japan has gone from scaling a limited state of emergency nationwide to extending those restrictions until the end of May. India this week entered phase three of the world's largest coronavirus lockdown, in place since March 25, adopting zones of varying restrictions based on infections risk.

In Europe, Germany announced Wednesday further steps to relax the lockdown, allowing all shops to reopen. New positive cases have come down to about 1,000 a day, significantly dropping from close to 7,000 at the beginning of April.

Still, wary of a possible second wave of infections, Germany introduced an "emergency brake" mechanism to contain an early indication of a resurgence. Restrictions will be restored if a region records more than 50 new cases per 100,000 people within seven days.

France, set to ease lockdown measures Monday, seeks to prevent a resurgence by quickly identifying infected individuals with a goal of carrying out at least 700,000 tests per week. But the outlook is uncertain as the country reported over 3,500 new positive cases Wednesday -- up 50% from just two weeks earlier.

The World Health Organization has advised countries emerging from social restrictions to proceed "extremely carefully" or risk a rapid rise in new cases. "The risk of returning to lockdown remains very real if countries do not manage the transition extremely carefully and in a phased approach," Director-General Tedros Adhanom Ghebreyesus said.