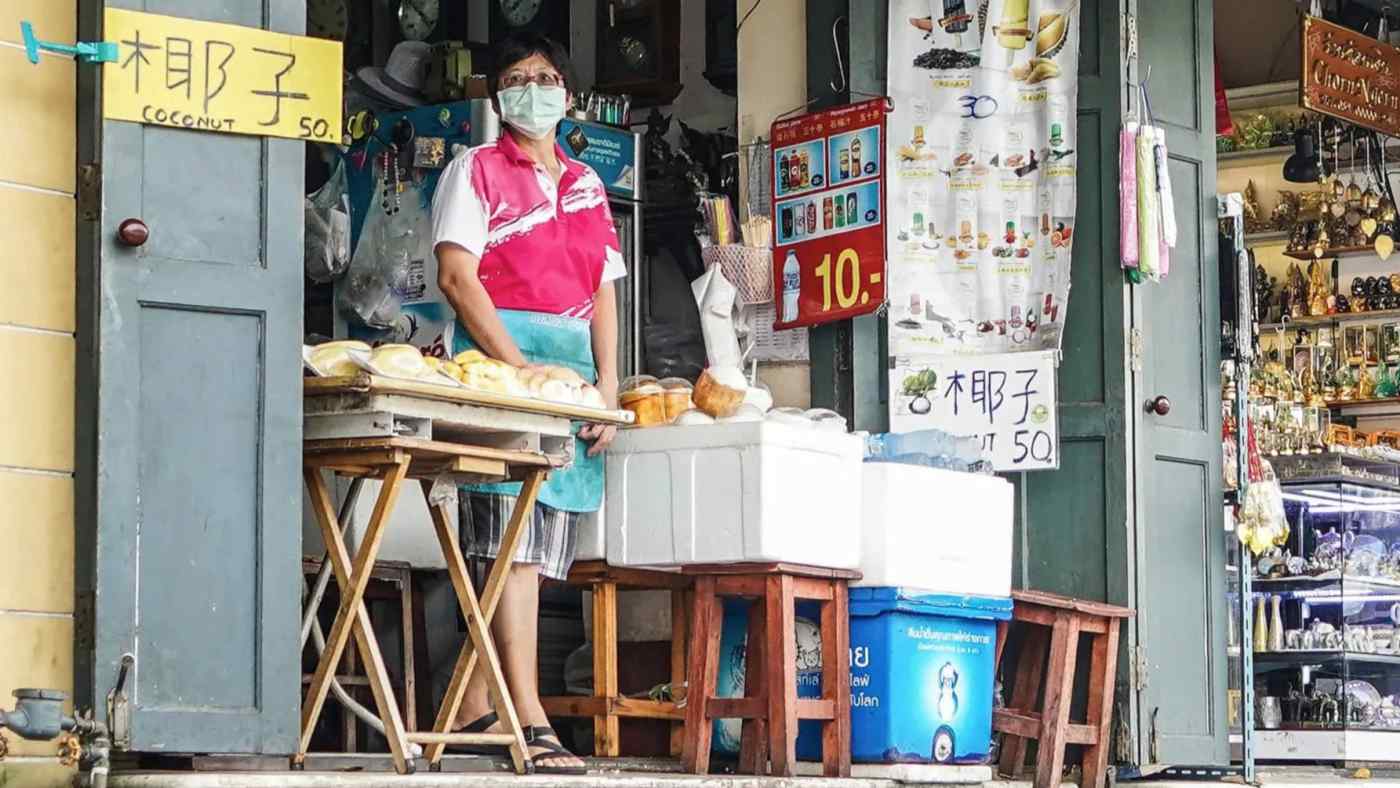 TOKYO/BANGKOK -- Popular Asian travel destinations face the risk of a prolonged decline in visitors from China, a group that generates around 20% of global tourism spending, as the coronavirus disrupts travel and shows signs of stoking anti-Chinese sentiment.

Flight cancellations and travel restrictions undercut Chinese tourism during the Lunar New Year holiday, and some analysts expect the downturn to last until 2021.

But as the outbreak claims over 1,300 lives in China, some countries face calls from the public for a full ban on Chinese visitors. Restaurants in South Korea, Japan, Hong Kong and Vietnam reportedly have refused to accept customers from mainland China.

"Negative reports from some foreign media" are partly to blame, said a 29-year-old marketing executive based in Beijing who gave her surname as Lu.

Lu usually travels abroad with her boyfriend during Lunar New Year, but scrapped the plan after news of the outbreak surfaced.

"If we travel overseas, we may have to explain that not every one of us is a disease carrier," she said, noting that staying in China may not be a bad thing after all.

Recent incidents in Japan, which had 26 confirmed cases as of Wednesday, also suggest growing xenophobia.

Tokyo Gov. Yuriko Koike said Feb. 7 that Chinese runners have been asked "to voluntarily refrain" from joining the Tokyo Marathon, slated for March 1. The annual marathon -- one of Asia's largest, according to the organizer -- is scheduled to welcome nearly 10,000 runners from abroad this year, with 18% coming from mainland China, Hong Kong and Macao.

The organizer gave notice a day earlier that Chinese runners could defer their entry to 2021 if they chose not to compete this year. The Kyoto Marathon, set for Sunday, is taking a similar step.

Koike said it would be difficult for Chinese runners to participate because many domestic and international flights in China have been canceled. But the decision to single out Chinese athletes, rather than cancel the event itself, triggered a backlash. Other Asian authorities and event organizers are taking actions aimed at curbing the spread of the epidemic.

The Philippines on Feb. 2 widened a travel ban covering visitors from Hubei Province to all foreign travelers from China, including Hong Kong and Macao. Singapore has banned the entry of foreigners who traveled to China within the previous 14 days, as has the U.S.

China's impact on global tourism is immense. Chinese nationals spent $277 billion in 2018, the most worldwide and one-fifth of total spending, the United Nations' World Tourism Organization says. The figure marks a fivefold increase from 2010.

The Chinese government estimated in December that the country sent 168 million travelers abroad in 2019.

Popular destinations felt the economic pain from losing Chinese visitors during the Lunar New Year period, which ended Sunday. These countries now are bracing for a lengthy absence in travelers from China.

Singapore, which currently bars entry to Chinese passport holders, said Tuesday that it expects visitor arrivals to decline 25% to 30% this year, with a roughly $5 billion loss in tourism receipts.

Keith Tan, chief executive of the Singapore Tourism Board, said the city-state is losing an average of 18,000 to 20,000 arrivals daily, most of them Chinese. "The longer the situation persists, then naturally the fall will be greater," he said.

The coronavirus could have a lengthier impact than the 2003 outbreak of severe acute respiratory syndrome, from which Singapore needed seven to eight months for recovery, Tan said. Social media spreads information about the virus globally and rapidly, he said, so the disease will be "living on in the minds of people" and dampen travel sentiment.

Thailand saw a nearly 60% drop in Chinese visitors for the last week of January, the tourism ministry says, estimating economic losses at 9.15 billion baht ($294 million) between Jan. 24 and 31.

The plunge in Chinese tourists intensifies the pressure on Thailand's economy, which already felt a squeeze on exports from the strong baht. Thailand's central bank cut interest rates to a record low on Feb. 5, looking to offset the impact on the economy.

Vietnam's tourism industry could lose up to $7.7 billion in the first three months of 2020, a government official said Feb. 6, due to cancellations of Chinese tours and a general downturn in domestic travelers and international arrivals.

Malaysian tourism faces a loss of over 400 million ringgit ($96.7 million) for February and March alone, as 5,000 tour groups from China have scrapped their trips, the Malaysian Inbound Chinese Association told reporters in Kuala Lumpur on Feb. 5. Angie Ng, the association's president, urged Malaysians to travel within the country to help offset the drastic drop in Chinese travelers.

Views are divided over how long the outbreak will hamper the tourism industry for China itself.

"The recovery of the tourism industry in China is expected to be one to two months after no new confirmed cases," said Iris Pang, ING Wholesale Banking's economist for greater China.

In past epidemics, Pang noted, tourism flows returned to normal in about two months.

On the other hand, if the outbreak is not brought under control by March, "we expect a drastic drop in the number of Chinese traveling within the country in the Labor Day holiday in May," said Yao Xuanjie, an analyst with brokerage New Times Securities.

China's tourism industry could face a slowdown for more than six months after the virus scare, he said, predicting that inbound visitors would only rise gradually during the October Golden Week holiday. Chinese outbound tourism will not see a rebound until 2021, he added.

"It is nearly impossible to predict to what extent the outbreak of coronavirus will impact China's outbound travel habits," said Takayuki Miyajima, senior economist at Mizuho Research Institute, who argued that summer may provide clues.

July and August are the two most popular months for Chinese tourists to visit Japan, according to the Japan National Tourism Organization.

"The impact of SARS in 2003 did not last very long, and the number of visitors to Japan returned to growth in less than a year," Miyajima said. "It will be important to see how travel trends in summer are affected by the coronavirus."