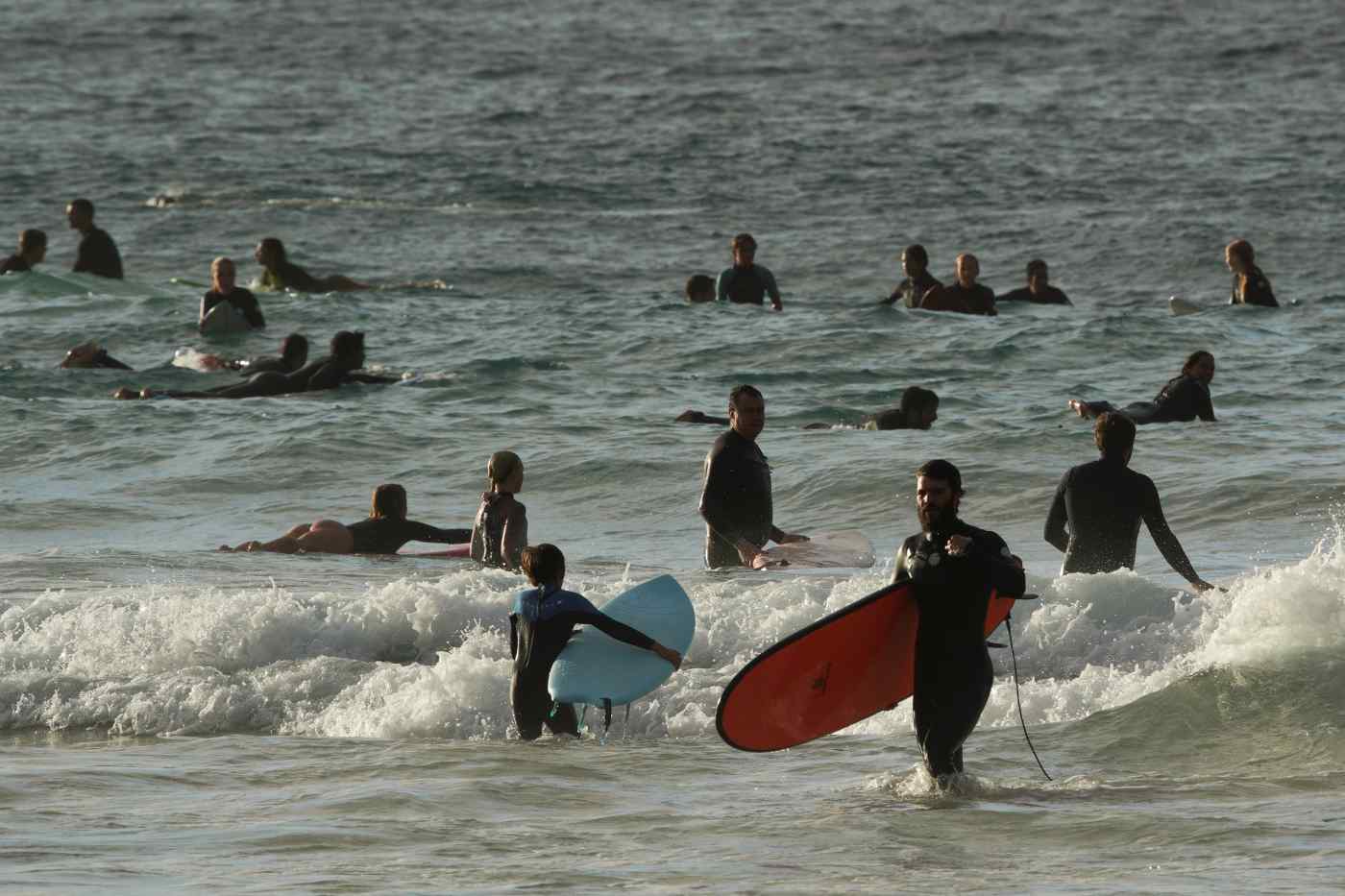 People surf as Bondi Beach reopens to surfers and swimmers after it was closed to curb the spread of the coronavirus disease, with strict social distancing measures remaining in place, in Sydney on April 28.   © Reuters
April 29, 2020 22:11 JST | Australia
CopyCopied

SYDNEY (Reuters) -- Australia's prime minister Scott Morrison said on Wednesday bans on international travel and large gatherings would stay in place even as the government eases lockdowns andtowardtowards a "COVID-safe" economy and society.

Some states have already started to lift restrictions amid a slowdown in new coronavirus infe--tions - something Canberra has put down to its measures and widespread testing.

"When we move back into this more COVID-safe economy and society, it is important to know that with the easing of those restrictions, of course there will continue to be additional cases," Morrison told reporters in the capital.

"It won't be exactly like it was before. I can't see international travel occurring anytime soon. The risks there are obvious. I can't see (Australians) going along to a game for a while, those larger mass gatherings," Morrison said.

Australia has recorded 6,738 cases of COVID-19, the disease caused by the virus, and 89 related deaths as of Wed--esday - way below the figures reported in the United States, parts of Asia and Europe andhot spotsotspots.

Morrison urged more people to download an app to trace contacts of COVID-19 patients. The government has said more than 3 million Austr--lians - about 12% of the population -- now have CovidSafe installed on their phones, but the proportion needs to rise to 40%.

Health authorities have said they want to expand testing to check for people infected with the coronavirus without showing symptoms.

"These 10 million tests will allow our state and territory public health units to be able to test right through 2020, to provide us with the capacity to contain, suppress and defeat the virus," health minister Hunt told reporters in Melbourne.

He said the kits were secured from China by Fortescue Metals Group founder Andrew Forrest, who sold them to the government at price of A$320 million ($209.18 million).

In New South Wales, the country's most populous state, Premier Gladys Berejiklian said she wants to increase testing rates by 50% and urged care workers and anyone with the "slightest sniffle" to get checked.

State authorities will also expand testing of health workers and employees at aged care homes following an outbreak at a facility in the west of Sydney, where at least eleven elderly people have died from COVID-19.

Anglicare, the company in charge of the home, said on Wednesday more deaths were likely.