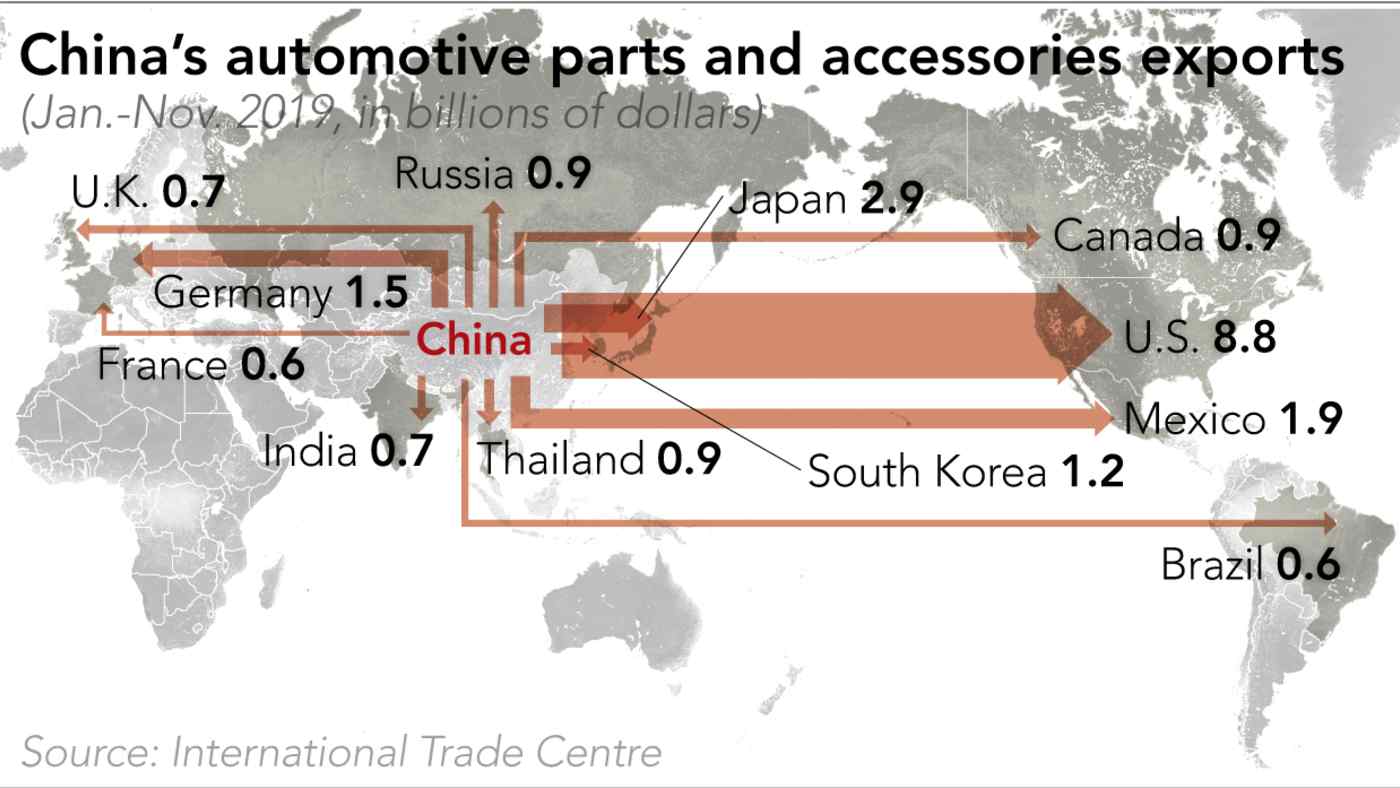 TOKYO/SEOUL/BEIJING -- The auto industry has begun to feel the impact of the coronavirus outbreak as factory shutdowns in China threaten a vital source of parts.

The shutdown reportedly is to extend at least a week, though labor and management are still negotiating the duration.

South Korea may have suffered the first blow, but U.S. and Japanese automakers face similar risks to their supply chains, to varying degrees, industry insiders say.

Noting that parts are still en route from China by ship, an executive at a U.S. automaker said the company has "about two months" until procurement stops. Japan and South Korea face more immediate threats of auto production shutdowns, but the U.S. car company would eventually need to "adjust" its production if the problem drags on, this person said.

China, on top of its status as the world's largest car market, has become an important supplier of auto parts. Wuhan, the source of the coronavirus outbreak, is a key hub for this activity.

As Chinese production of finished vehicles has grown -- nearly doubling over a decade to 25.7 million last year -- auto parts factories have popped up around assembly plants. Much of their output goes to other markets.

One-quarter of China's auto parts exports in 2017 went to the U.S. according to local media reports, with 10% going to Japan, 5% to South Korea and 5% to Germany.

The U.S. imported $11 billion in auto parts from China in 2018 -- second only to its imports from Mexico -- spanning a wide range of products including engine and drive components. American companies also often import Chinese parts indirectly, via Japan or Mexico. 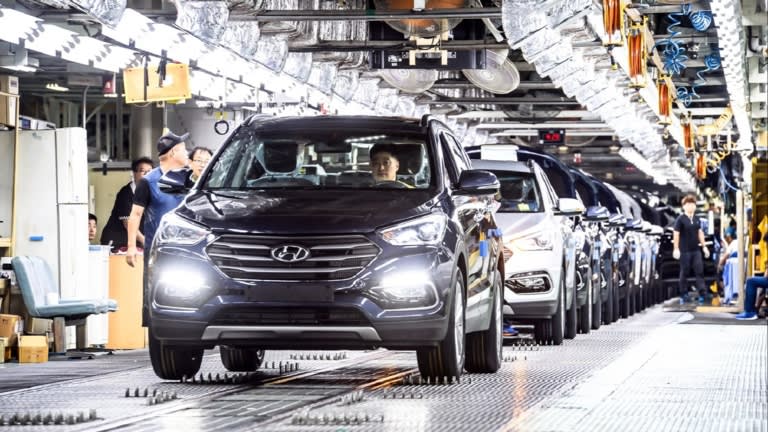 Hyundai Motor's South Korean factories depend on parts made by Chinese suppliers. (Photo courtesy of Hyundai)

Japan imported about 347 billion yen ($3.2 billion) worth of auto parts from China in 2018, Japan External Trade Organization data shows -- a roughly tenfold increase from when the outbreak of severe acute respiratory syndrome, or SARS, occurred in 2002 and 2003.

As the quality of local labor has improved, Toyota Motor, Honda Motor and Nissan Motor have increased their use of Chinese-made components even at domestic plants. A prolonged supply interruption could leave their operations in limbo.

"There are parts that we can't make elsewhere right away," a CHK representative said.

Auto parts manufacturers on average keep a month's supply of inventory on hand, and many maintain an additional cushion when cross-border transactions are involved. Given stockpiling ahead of the recent Lunar New Year holiday, any disruption from the virus would take about two months to hit Japanese auto production, a securities analyst predicts.

But "there's only a week's supply of items for which we're short on stock," said Masaki Oka, a director at Toyota-affiliated parts maker Toyoda Gosei. The company, which ships Chinese-made products such as car grilles and air bag components to Japan and the U.S., is checking its inventories and considering alternative production plans.

A company that makes parts for vehicle interiors has issued a warning to customers.

"If the shutdowns in China go on for too long and parts don't come in, we may not be able to keep up production in Japan," said a representative from the manufacturer.

The stoppages at Hyundai, South Korea's biggest automaker, intensify the stress on a slowing industry that accounts for around one-fifth of the country's gross domestic product, including related sectors.

Many Chinese cities besides Wuhan have extended their Lunar New Year holidays through Sunday in an effort to curb the spread of the virus. Even after production resumes, exports might not pick up immediately, as transportation companies and customs offices may be short-staffed.