Bad masks: China clamps down on suppliers after European outcry

28,000-plus companies have entered the sector amid booming demand 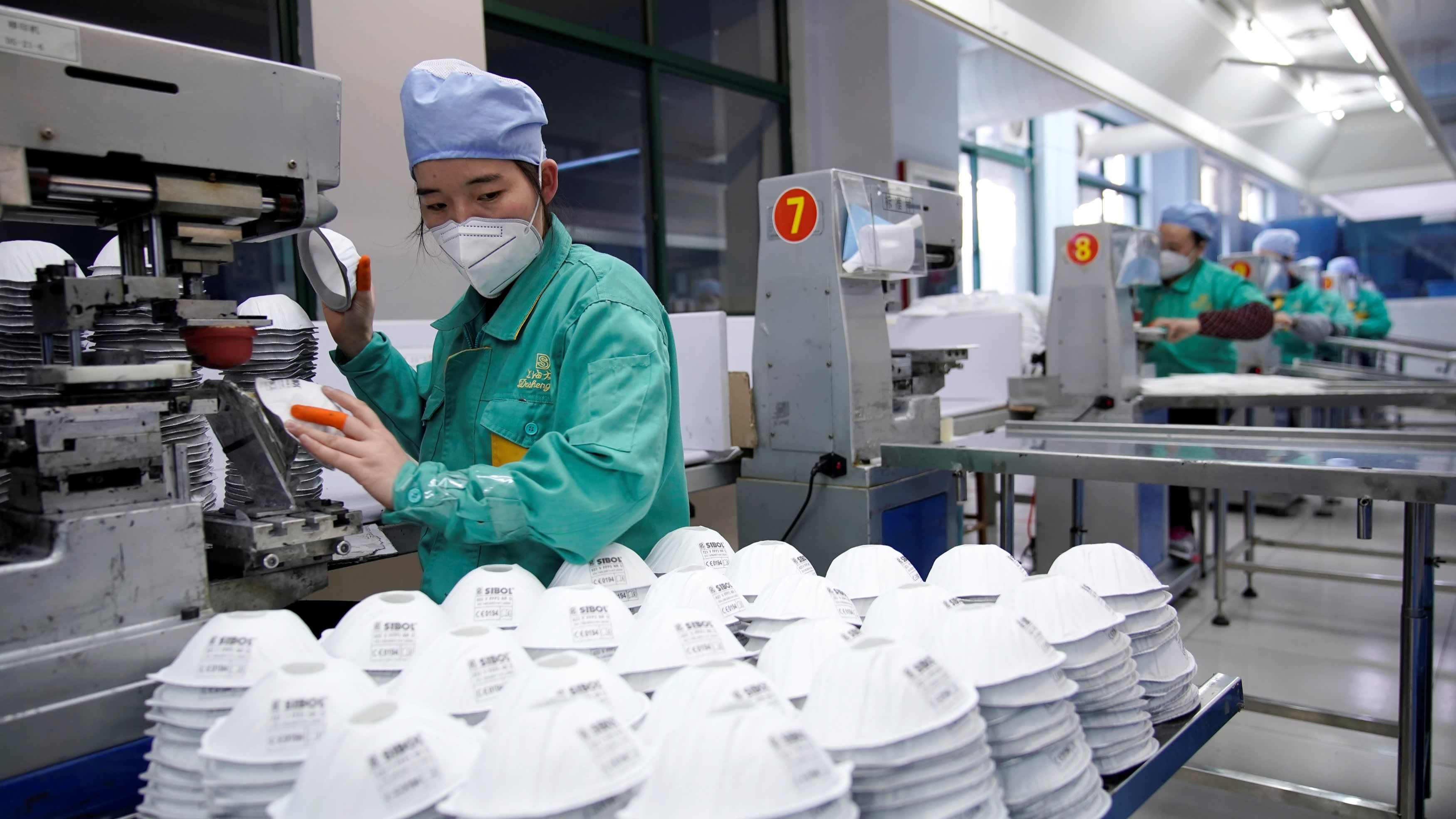 A mask factory in Shanghai: more than 28,000 new players have begun producing medical equipment in China, but not all have the right know-how.   © Reuters
SHUNSUKE TABETA, Nikkei staff writerApril 18, 2020 03:48 JST | China
CopyCopied

BEIJING -- As a global shortage of masks, test kits and other medical equipment draws a flood of new manufacturers into the field, China has toughened restrictions to weed out unreliable suppliers and products.

Chinese-made medical products have recently come under fire in the Netherlands, Spain and elsewhere over substandard quality, setting back Beijing's efforts to contribute to the fight against the pandemic.

While new screening measures could boost the overall quality of shipments, they could also slow exports and worsen shortages at health care facilities around the world. More than 30 million masks were blocked for export in just under two weeks earlier this month.

"Mask imports had recovered from a temporary stoppage but are slowing down again," a source at a Japanese trading company said.

More than 28,000 companies in China began manufacturing masks or other medical products between February and early April, according to local reports. They include such heavyweights as oil refiner Sinopec Group; Gree Electric Appliances; and Taiwanese iPhone assembler Hon Hai Precision Industry, or Foxconn.

But many entrants are smaller companies that may lack production and quality control know-how. Roughly half of the 5,000 new mask makers are wholesalers and retailers with little manufacturing experience, some news outlets report.

About half of the world's masks are produced in China. Daily output is now said to be close to 200 million units, up from less than 100 million before the coronavirus outbreak, thanks to tax incentives and newly accredited producers.

China first focused on distributing masks within its borders, leading to a global shortage. Exports only resumed in full force in March, after President Xi Jinping visited Wuhan and declared initial success against the virus.

The government has since touted its contribution to the global war on COVID-19, announcing that it had exported 3.8 billion masks between March 1 and April 4 and that it had sent medical equipment to 127 countries.

But reports soon emerged of defective or poor-quality products. Dutch authorities recalled tens of thousands of China-made masks for failing to meet local standards, while Spain sent back test kits that authorities there said were faulty.

China has since begun requiring additional documentation from medical exporters and imposed tougher quality control measures on masks and other items. Customs authorities here say that from April 1 to April 13 they confiscated 31.65 million masks, 500,000 protective gowns, 1.18 million test kits and 677 ventilators bound for export, for reasons including substandard quality.

Shipments through such major production hubs as Guangzhou, Tianjin, Zhengzhou and Hangzhou receive particularly aggressive screening. The Ministry of Commerce has banned certain companies in Beijing and Shenzhen from exporting their products, saying they severely damage China's reputation.

Mask shipments are already behind. Japan is expected to be short 270 million masks for the foreseeable future. The shortage is particularly severe for highly protective N95 masks, for which Japan relies on imports for about 30% of its supply. The country also imports around 40% of the nonwoven fabric needed to make masks, with about half coming from China.