Nightlife crowds remain large even as US coronavirus cases climb 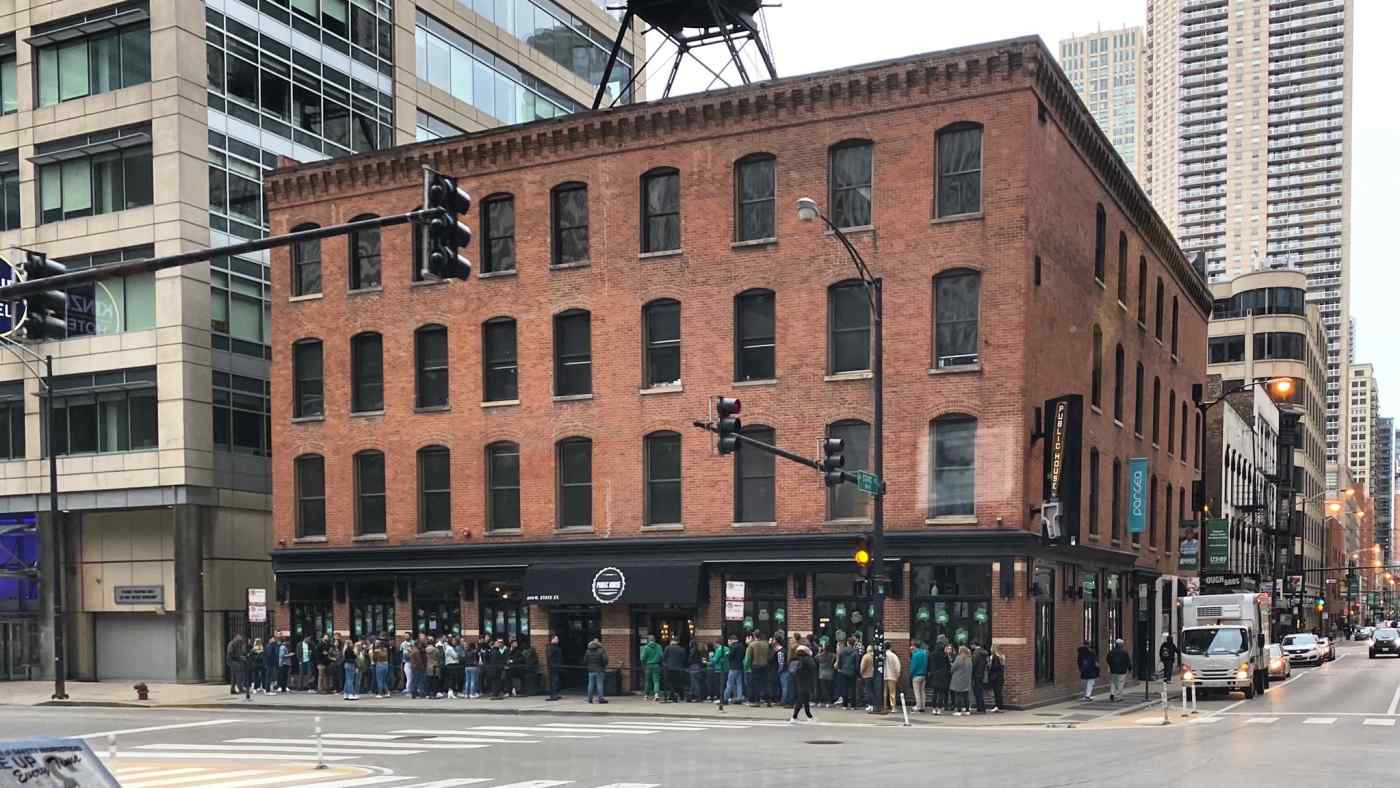 NEW YORK -- New York is shutting down the city's nightlife as partygoers could not stay home voluntarily.

On Saturday morning, a photo of lines outside a New York bar posted by Daniel Lopez of ABC News spread rapidly on Twitter, with the caption saying, "It’s 8 am. Every bar has a line."

New Yorkers have not given up their outgoing lifestyles even with a global pandemic going on.

On Monday, the state's governor Andrew Cuomo announced that New York, New Jersey and Connecticut are taking joint action to close down all gyms, movie theaters and casinos, and restricting bars and restaurants to provide take-outs or deliveries only. They mandated that crowd capacity be reduced to 50.

The moves will be effective as of 8 p.m. Monday night.

Although confirmed cases of coronavirus have jumped to almost 1,000 in the state, New Yorkers kept on partying this past weekend. Bars and restaurants were still crowded as St. Patrick's Day nears, which prompted New York officials to mandatorily shut down nightlife.

A photo of a crowded Franklin Park in Brooklyn posted by Twitter user Jake Bittle also was widely distributed on social media. 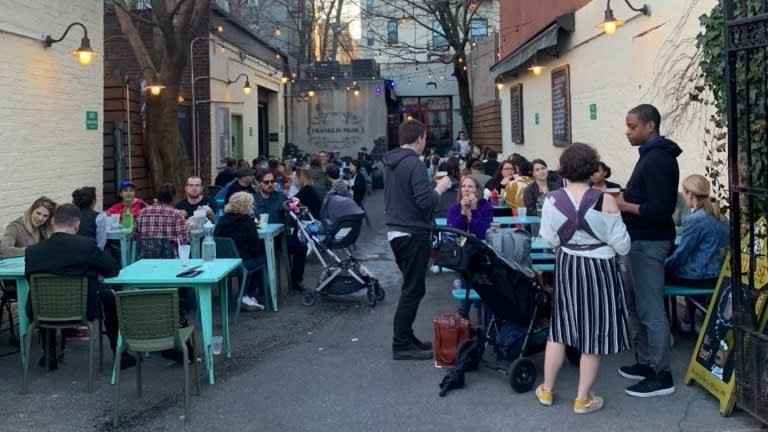 A crowded bar in New York despite hiking coronavirus confirmed cases, taken and posted by Twitter user @jake_bittle with the caption "Social distancing in full effect at Franklin Park."

Similar photos were shared on social media platforms showing New Yorkers continuing to go out as confirmed coronavirus cases pile up in the Big Apple.0

"To everyone in NYC but ESPECIALLY healthy people & people under 40 (bc from what I’m observing that’s who needs to hear this again): PLEASE stop crowding bars, restaurants, and public spaces right now. Eat your meals at home," tweeted New York Rep. Alexandria Ocasio-Cortez on Saturday. "If you are healthy, you could be spreading COVID."

Speaking at a Monday afternoon press conference, President Donald Trump told the nation to avoid gatherings of more than 10 people, discretionary travel and dining out.

Anthony Fauci, the director of the National Institute of Allergy and Infectious Diseases who has become the face of the U.S. COVID-19 response, urged Americans to heed such instructions even if they seem like an overreaction.

"It isn't overreaction," Fauci said, adding the measures "will fail if people don't adhere to them."

"President Trump: Deploy the Army Corps of Engineers to build temporary medical facilities, so that when hospitals are overwhelmed, we can move people into the temporary facilities," tweeted Cuomo on Monday. "It’s only a matter of time before our state's ICU beds fill up," he added, referring to intensive care units.

"We’re in the middle of a national emergency as we confront a global pandemic, and the United States military is STILL engaged in building Trump’s useless border walls," the New York mayor tweeted on Monday. "Take them off that and put them on the coronavirus crisis for God's sake."