Sports activities can also resume on Monday at non-school locations 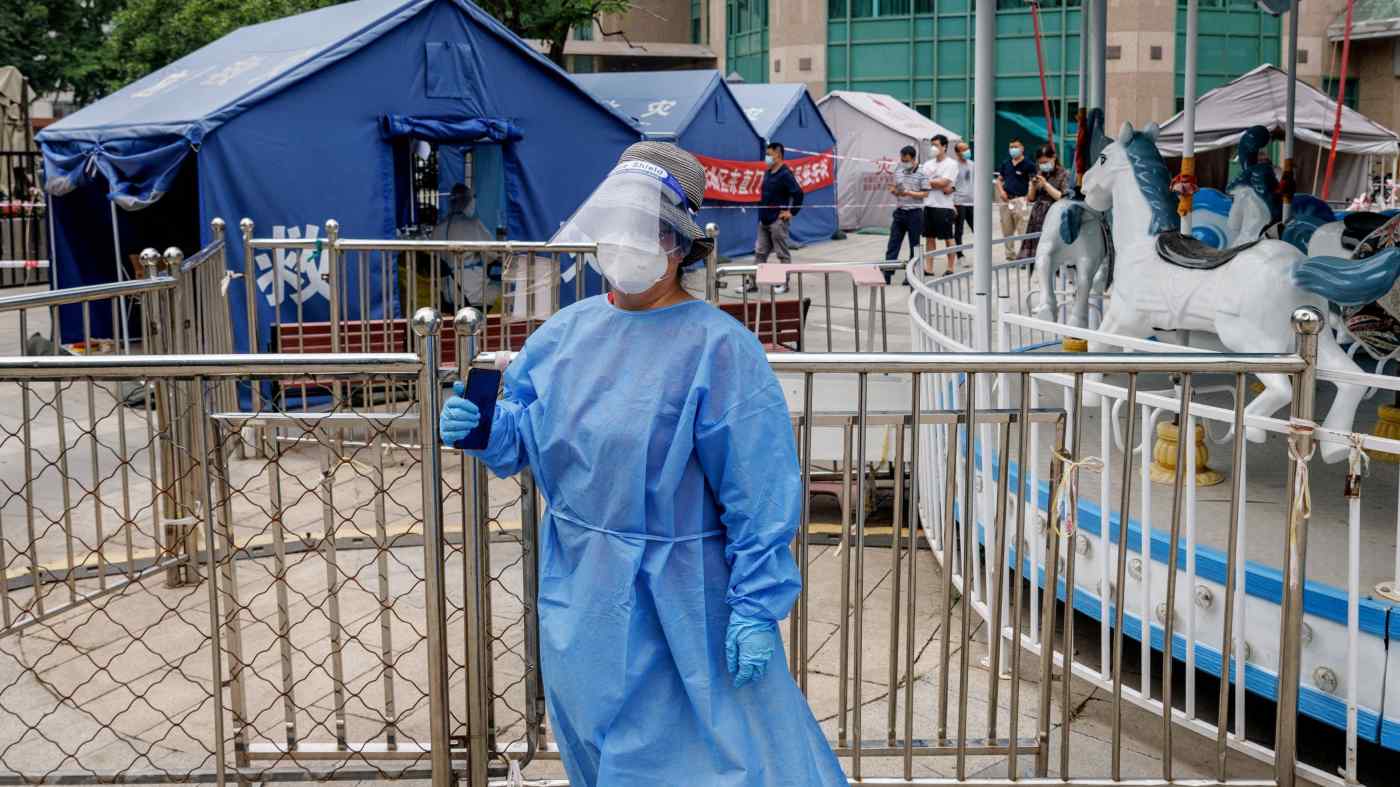 A medical worker stands at a testing station following a COVID outbreak in Beijing on June 16. Cases have receded in recent days, and schools are to reopen this coming week.   © Reuters
June 25, 2022 12:48 JST | China
CopyCopied

SHANGHAI (Reuters) -- All primary and secondary school students in Beijing can return to in-person classes on Monday, the city's education commission has announced now that COVID-19 cases are receding.

Kindergartens will be allowed to reopen on July 4, the commission added.

Beijing shut its schools in early May and asked students to move to online learning amid a spike in locally transmitted COVID cases. Senior year students at middle and high schools were allowed to return to classrooms on June 2.

The Beijing Municipal Bureau of Sports said separately that sports activities for the young can resume at nonschool locations on Monday in areas where no community cases have been reported for seven consecutive days, with the exception of basement venues, which will remain shut.

Participation should be limited to 75% of normal capacity and participants should show a negative COVID test taken within the last 72 hours, it also said.

Beijing was among several cities in China that implemented curbs to stop of the spread of the Omicron wave from March to May. The efforts have brought cases down but have taken a heavy toll on the country's economy.

Shanghai, which endured a two-month lockdown that was lifted on June 1, on Saturday reported no new local cases -- both symptomatic and asymptomatic -- for the first time since Feb. 23.

Shanghai is continuing to conduct mass PCR testing for its 25 million residents every weekend until the end of July and dining indoors remains banned in most of the city.