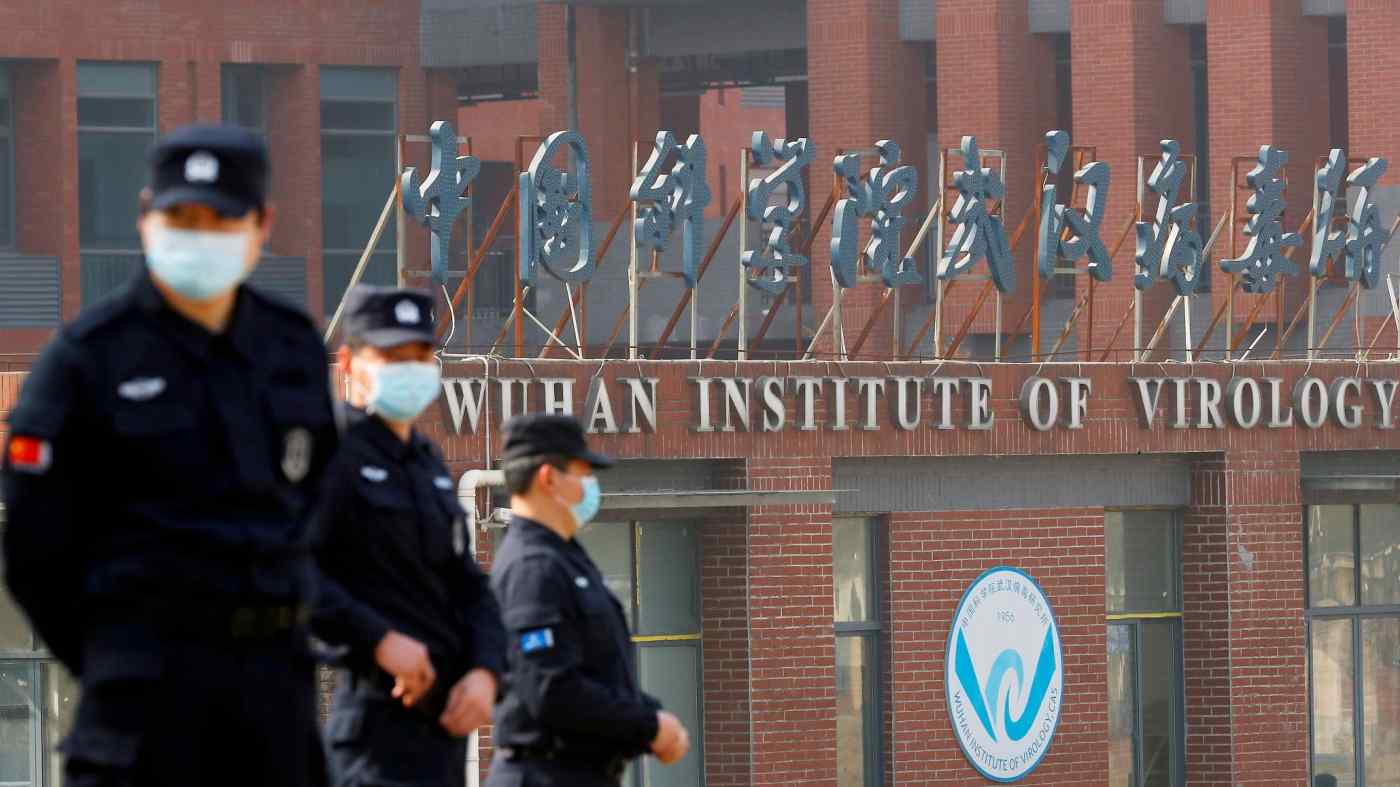 Security personnel keep watch outside the Wuhan Institute of Virology during the visit by the World Health Organization team tasked with investigating the origins of the coronavirus disease on Feb. 3.   © Reuters
ALEX FANG, Nikkei staff writerMay 27, 2021 06:23 JST | China
CopyCopied

NEW YORK -- U.S. President Joe Biden on Wednesday called for a further intelligence report on the origins of COVID-19, doubling down scrutiny on an issue highly sensitive to Beijing.

"I have now asked the intelligence community to redouble their efforts to collect and analyze information that could bring us closer to a definitive conclusion" on the coronavirus' origins, Biden said in a statement.

"As part of that report, I have asked for areas of further inquiry that may be required, including specific questions for China," Biden said.

The president expects the report, which will cover questions including whether the virus emerged from human contact with an infected animal or from a laboratory accident, to be on his desk in 90 days.

The Biden White House had already received a report from U.S. intelligence on the subject that it ordered in March, but is unsatisfied with the lack of a definitive conclusion.

In his statement, Biden said there were two likely scenarios: the coronavirus either emerged from human contact with an infected animal or from a laboratory accident. However, the intelligence community has not reached a definitive conclusion on this question.

Over the past year, the lab leak hypothesis has gone from being widely dismissed as a conspiracy theory to being seriously considered by the science community.

In a May 14 letter published in Science, a group of esteemed scientists called for a probe into the origins of the coronavirus, reigniting interests in the lab theory.

"Theories of accidental release from a lab and zoonotic spillover both remain viable," the scientists wrote. The two competing theories were not given balanced consideration, they argued.

The origins of COVID-19 is a topic highly sensitive to Beijing. Last year, after Australia called for an independent international inquiry last year, China unleashed a series of economic sanctions on the country including tariffs on products like barley and bans on most beef exports.

Beijing has also promoted theories that the virus first emerged in U.S. labs. On Monday, Chinese Foreign Ministry spokesperson Zhao Lijian again questioned the motives behind Washington's calls for further probes after the Journal report, saying, "Does it really care about the origin-tracing of the virus or just want to divert attention?"

On March 30, the World Health Organization published a report on the origins of the virus, mandated by a resolution reached by its member countries in May 2020.

The study, conducted by a team of 17 Chinese scientists and 17 international experts, called the lab leak theory "extremely unlikely," though WHO Director General Tedros Adhanom Ghebreyesus also called for further investigations. China has called the WHO mission a "great success."

After the report's release, the U.S. along with 13 other countries including Australia, Japan and South Korea issued a joint statement voicing "concerns regarding the recent WHO-convened study in China," saying the delegation lacked access to complete original data and samples.

In his statement Wednesday, Biden pledged to "keep working with like-minded partners around the world to press China to participate in a full, transparent, evidence-based international investigation and to provide access to all relevant data and evidence."

The scientists who penned the May 14 letter called for a "dispassionate science-based discourse," citing already rampant anti-Asian sentiment in some countries.