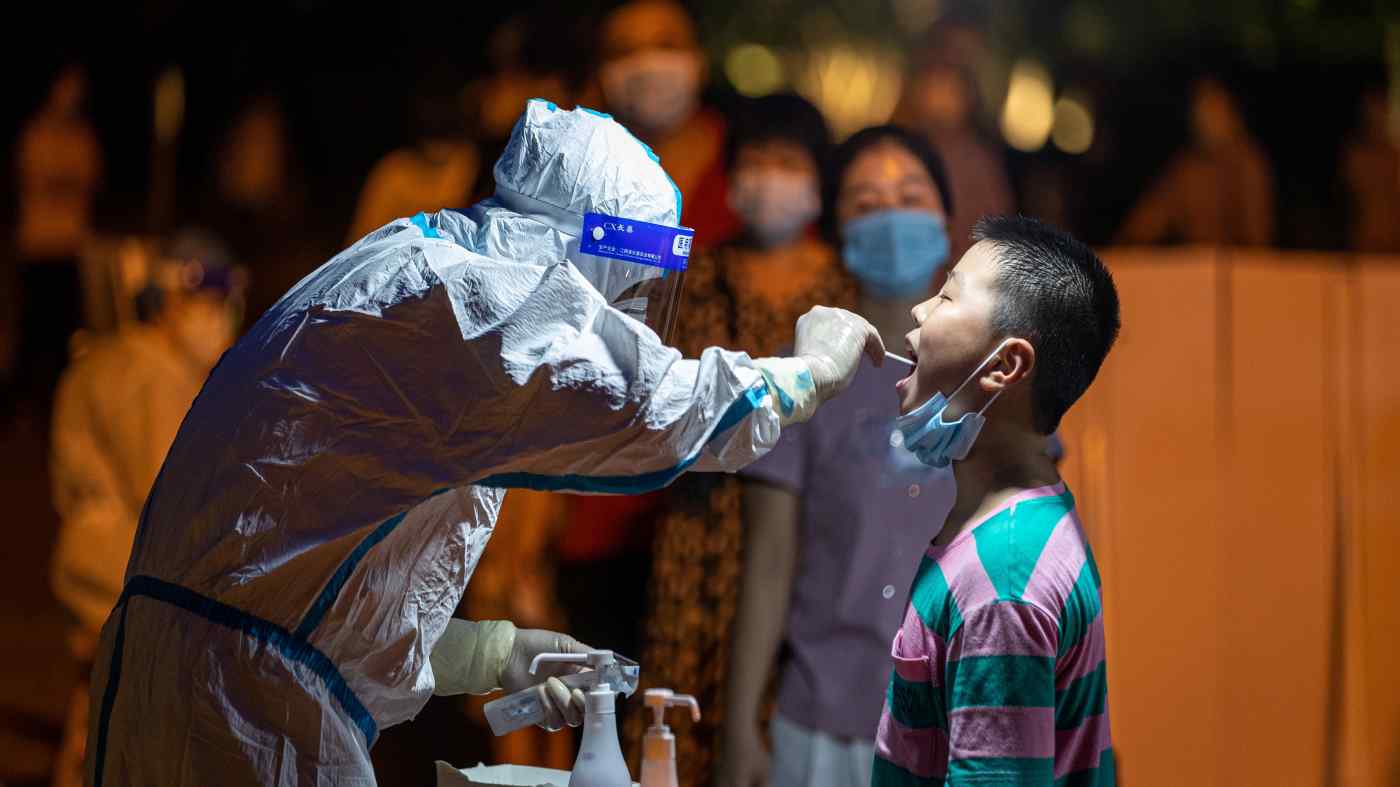 TOKYO -- China slipped from first to ninth in the latest edition of Nikkei's COVID-19 Recovery Index, as the world's second-largest economy's zero-tolerance approach to tackling the pandemic slows the return to a normal way of life.

The index assesses countries and regions on infection management, vaccine rollouts and social mobility. The higher the ranking, the closer a place is to recovery -- with low infections, higher inoculation rates and less-strict social distancing measures.

China had taken the top spot since the index was first published in July, thanks to its low case count and high vaccination rates. But its mobility score has remained low -- ranking 105th out of 121 jurisdictions in the September index -- and other countries are catching up in the remaining two categories.

According to official data, China has administered over 2.2 billion COVID-19 vaccine doses, fully inoculating more than 70% of its population. Nevertheless, the country maintains strict border controls and mobility restrictions. It has been locking down cities and rural areas whenever there is a confirmed case, limiting the number of flights from overseas and imposing lengthy quarantine periods of up to three or four weeks on inbound travelers. International flights to China were down over 90% in September compared to pre-pandemic levels, according to Cirium, an aviation data and analytics company.

The government is not expected to ease up for another year. In a report published in August, the Economist Intelligence Unit forecast that strict mobility controls would remain until the third quarter of 2022, when China could achieve widespread coverage with booster shots.

Some Southeast Asian countries moved up in the ranking, meanwhile, with cases falling and vaccinations progressing rapidly. Indonesia jumped to 54th from 92nd, while Malaysia rose to 102nd from 115th.

However, the last two spots were still occupied by Association of Southeast Asian Nations member states -- the Philippines and Laos, while Vietnam was fourth from the bottom.

In the Philippines, daily new cases have started to drop after hitting the second-highest level on Sept. 29, falling below 10,000 on Tuesday for the first time since August. But less than 30% of the population is fully vaccinated, low even among ASEAN countries. The government last month piloted "granular" lockdowns in Metro Manila -- the capital region and economic center -- but stay-at-home orders for individuals below age 18 and above 65 remain in place. The country is gradually easing restrictions on businesses to revive the economy, allowing gyms to reopen and increasing restaurant dining and salon capacities for vaccinated individuals.

Vietnam, the worst performer in the previous two rankings, received a full score of 10 in the "new vaccines" subcategory, meaning it was among the top 10% of countries administering the most vaccine doses daily per capita. Although the nationwide vaccination rate has just passed 10%, over half the population in Ho Chi Minh City has received two shots -- a promising development for Vietnam's epicenter, which has accounted for three-quarters of the country's COVID-19 deaths.

Singapore tumbled 56 places to 70th, on par with the U.S. and just behind the U.K. The city-state is fighting an exponential rise in infections but has not abandoned its plan to coexist with the virus, given that 98% of new patients are asymptomatic or have only mild symptoms. But the pandemic continues to raise questions about the long-term viability of Singapore's economic model.

Four Middle Eastern countries, including Bahrain and the United Arab Emirates, made the top 10 in the ranking. Hong Kong took the highest spot in Asia, at seventh. Japan jumped 58 places to 14th as cases declined across major cities.

The methodology for the latest ranking was adjusted to reflect vaccination progress worldwide. Instead of looking at the share of people who have received at least one dose, we are now grading countries and regions based on the share of people who have been fully vaccinated with two shots, as one of the subcategories for vaccinations. This adjustment only marginally changed the scores, so the results remain comparable with previous rankings. The Nikkei COVID-19 Recovery Index ranks more than 120 countries and regions on infection management, vaccine rollouts and social mobility at the end of each month. A higher ranking indicates that a country or region is closer to recovery with its low numbers of confirmed COVID-19 cases, better vaccination rates and less-stringent social distancing measures.

The index calculates a score between 0 and 90 for each country or region. The score is the sum of three constituent categories and nine subcategories as shown below:

Total vaccine doses given per capita;

New vaccine doses given per capita;

Data sources of the index include Our World in Data; Google COVID-19 Community Mobility Reports; Oxford COVID-19 Government Response Tracker by Blavatnik School of Government, University of Oxford; and Cirium, an aviation data and analytics company.

Additional reporting by Cliff Venzon in Manila and Kenji Asada in Tokyo.