Catching the virus is just one risk to children, who are last in line for shots KUALA LUMPUR/NEW DELHI/TOKYO -- With Malaysian schools gradually reopening after a nine-month hiatus due to the coronavirus, 14-year-old Samyuktha Pannierselvam is eager to catch up on gossip with her friends. But while she is cheerful on the outside, Samyuktha is keeping what she calls a "dark secret": She had COVID-19 during the break.

She belongs to an extended family of 40 in the suburban town of Kuala Selangor, about 80 km away from Kuala Lumpur. Eleven of the family members, including her mother, were infected. One aunt died.

"I didn't want to tell my friends that I had this virus because I'm afraid they will not talk or be friends with me anymore," Samyuktha recently told Nikkei Asia at her family's home.

Samyuktha is a living reminder that while children are less susceptible to the worst ravages of COVID-19, they are not immune. Due to limited vaccine supplies and a lack of clinical research, kids around the world are largely excluded from immunization campaigns. But some experts argue that sooner or later, ending the pandemic is likely to require inoculating younger age groups too.

In the meantime, the year-old pandemic continues to threaten family livelihoods and deepen isolation across Asia and the globe, exposing children and teens to serious stress. "When we talk about the psychological impact of COVID-19, the group about which most people are not talking is children," said Gagan Hans, an assistant professor of psychiatry at the New Delhi-based All India Institute of Medical Sciences.

"Children, in a way, have been affected the most and their whole life has turned upside down." A student wearing a protective mask looks out from a classroom in Kuala Lumpur, as Malaysian schools begin a phased reopening on March 1.   © Reuters

For Samyuktha, the memories will not fade anytime soon.

After her aunt died at the end of January, she developed a sore throat and flu-like symptoms. A swab test confirmed she was infected with COVID-19. She was admitted to the government's dedicated COVID-19 quarantine center in Kuala Lumpur.

"I and four other [positive] family members were picked up by one ambulance," she said. "The experience was surreal."

"We were taken into an ambulance and I was petrified about where we were going and whether we would see our loved ones again," said the homemaker, whose husband and son tested negative.

Despite their ordeal, Samyuktha and her mother are skeptical about getting vaccinated, after Malaysia started voluntary registrations late last month. Shots for ordinary citizens are expected to begin in April and run through the first quarter of 2022.

Experts, including the U.S. Centers for Disease Control and Prevention, recommend getting inoculated even if one has had COVID-19, due to uncertainty over how long antibodies last. But Sumathi worries about negative press surrounding the vaccines, and Samyuktha did not seem to mind Malaysia's eligibility threshold of 18.

"I will wait until the adults complete their vaccinations first," she said in jest. "Let's see the outcome, whether it's really safe, and then we'll decide."

In Israel, which has vaccinated the highest proportion of its population, the government's former coronavirus czar recently stressed the importance of clinical trials for kids. "Influenza vaccines, other vaccines, are available for children," Ronni Gamzu, CEO of the Tel Aviv Sourasky Medical Center, told a media briefing. "We must go and do the effort it takes to prove the safety and right dosage of the [coronavirus] vaccine for children."

Eran Kopel, an epidemiologist at Tel Aviv University, told Reuters, "Once there is a safe vaccine for the children in Israel and all over the world, we can then start to say that we could be approaching herd immunity."

Israel has already inoculated dozens of children with preexisting conditions, with no apparent side effects, according to local media.

Rajib Dasgupta, who chairs the Centre of Social Medicine and Community Health at India's Jawaharlal Nehru University, explained that children suffering from diabetes, asthma and obesity are at higher risk of serious illness with COVID-19. The same is true of kids with congenital heart disease, genetic conditions, and conditions affecting the nervous system or metabolism. 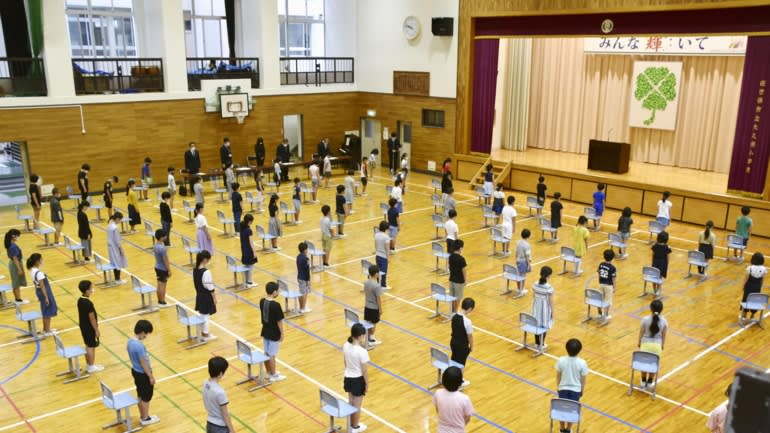 Everyone agrees that children in general are far less likely to develop severe COVID-19. But in India, a nationwide serological survey published in early February estimated that 25.3% of children between the ages of 10 and 17 may have already contracted the virus. That exceeded the 21.4% ratio above the age of 18.

Yet for the time being, there are only so many vaccine doses to go around, and kids are at the back of the line.

"The infection is asymptomatic in up to 70% of Indian children in some case series," Dasgupta said. "Hospitalization rates for children are also much lower than for adults." As a result, vaccinating kids "is not a high priority at this stage of the epidemic."

Ghanshyam Pangtey, a professor in the department of medicine at New Delhi's Lady Hardinge Medical College, agreed. "Even in near future, I do not think inoculating kids against coronavirus would be a priority in India, where [hospitals] did not see many cases among children even during the peak of the pandemic in August-September last year," he said.

"Even if they are spreading the virus to other groups, it is in a very mild form," Pangtey added. He noted that while it might be a good idea to vaccinate the entire population, neither of the two vaccines currently in use in India -- Covishield and Covaxin -- has been tested on children.

In the first phase of vaccinations that began on Jan. 16, India prioritized health workers and front-liners such as police and the armed forces. The second stage that began March 1 will cover citizens above 60, as well as those over 45 with comorbidities like diabetes and cardiovascular diseases.

The story is similar in many other countries. In Japan, which started vaccinating health workers on Feb. 17, the rollout plan only covers residents aged 16 and over. Children are currently excluded because they are at lower risk.

But this does not mean the pandemic's less obvious effects on the young can be ignored. 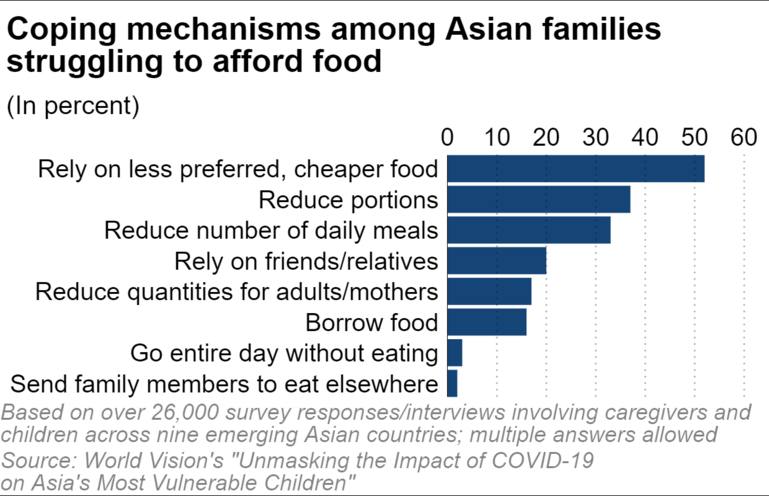 A report published by the charity World Vision last June found that more than 60% of parents' or caregivers' livelihoods were fully or severely impacted, based on surveys of over 14,000 households, 10,000 children and 2,000 "informants" in nine emerging Asian countries. Nutrition was a key worry: 52% of households were relying on less preferred or cheaper food that "fills the stomach rather than providing proper nutrition."

Depression is another major concern, in advanced economies as well. Japan's Ministry of Education reported that suicides among elementary, junior high and high school students rose 41% in 2020, hitting a record 479.

A survey by Japan's National Center for Child Health and Development, conducted from November to December, found that 30% of high school students, 24% of junior high students and 15% of fourth to sixth graders displayed moderate or severe depressive symptoms. From Malaysia to India to Japan, the primary venues for social interaction among children and teens -- schools -- have been closed or at best disrupted. Kyoko Tanaka, a doctor specializing in child mental health at the National Center for Child Health and Development, said the pandemic is unique compared with past economic crises, in that it cuts human connections.

Last spring -- Japan's graduation and new enrollment season -- the government abruptly announced school closures that lasted for two months. Tanaka said the sudden interruption to the rhythm of life made many children anxious. And even though Japan has not had strict lockdowns like other countries, social distancing and emergency guidelines have made it harder for kids to make and meet friends, creating an epidemic of loneliness.

Tanaka added that stress on parents can also trickle down to kids in the form of domestic violence.

A Unicef report for 2020 warned that the consequences of all this could be felt long into the future. "In the short term, strained health systems can deprioritize routine immunizations or treatment of chronic health conditions. In the long term, rising levels of poverty can affect children's health through nutrition, housing and living conditions," Unicef said.

In terms of mental well-being, the United Nations agency cautioned that "the experiences of lockdown, bereavement and ongoing strains on family relationships of economic uncertainty" can cause damage. "Children may feel anxious, insecure and fearful for the future." 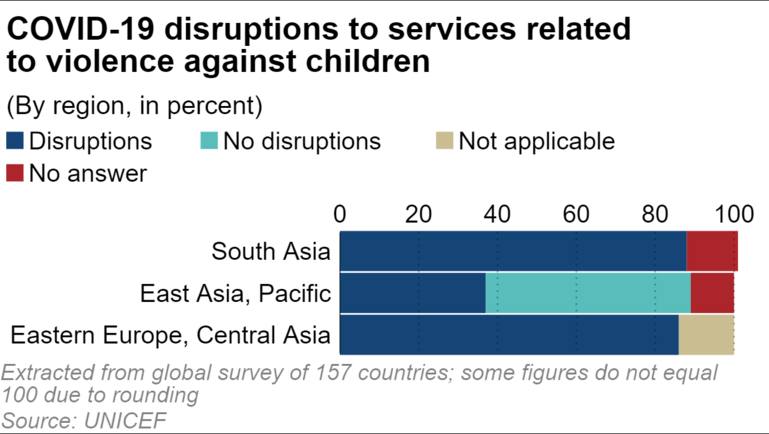 As the World Health Organization notes that half of mental health conditions develop by age 14, an ounce of prevention could make all the difference.

Shunichiro Kurita, manager at the Tokyo-based Health and Global Policy Institute, called for inclusive support that involves schools, medical institutions and administrative entities. "Individual support from parents and teachers is not enough," he said.

Kurita also believes in educating children about how to manage their own mental health. "Just like you go to a clinic when you get a cold, children should learn they can talk to doctors when they feel depressed," he said.

In the Unicef report, Japan ranked first in child physical health out of 38 countries in 2020, but it was second-last in mental well-being.

"The pandemic gave us an opportunity," said Tanaka at the National Center for Child Health and Development. "It is time for us to pay attention to Japan's overlooked problem of child mental health."