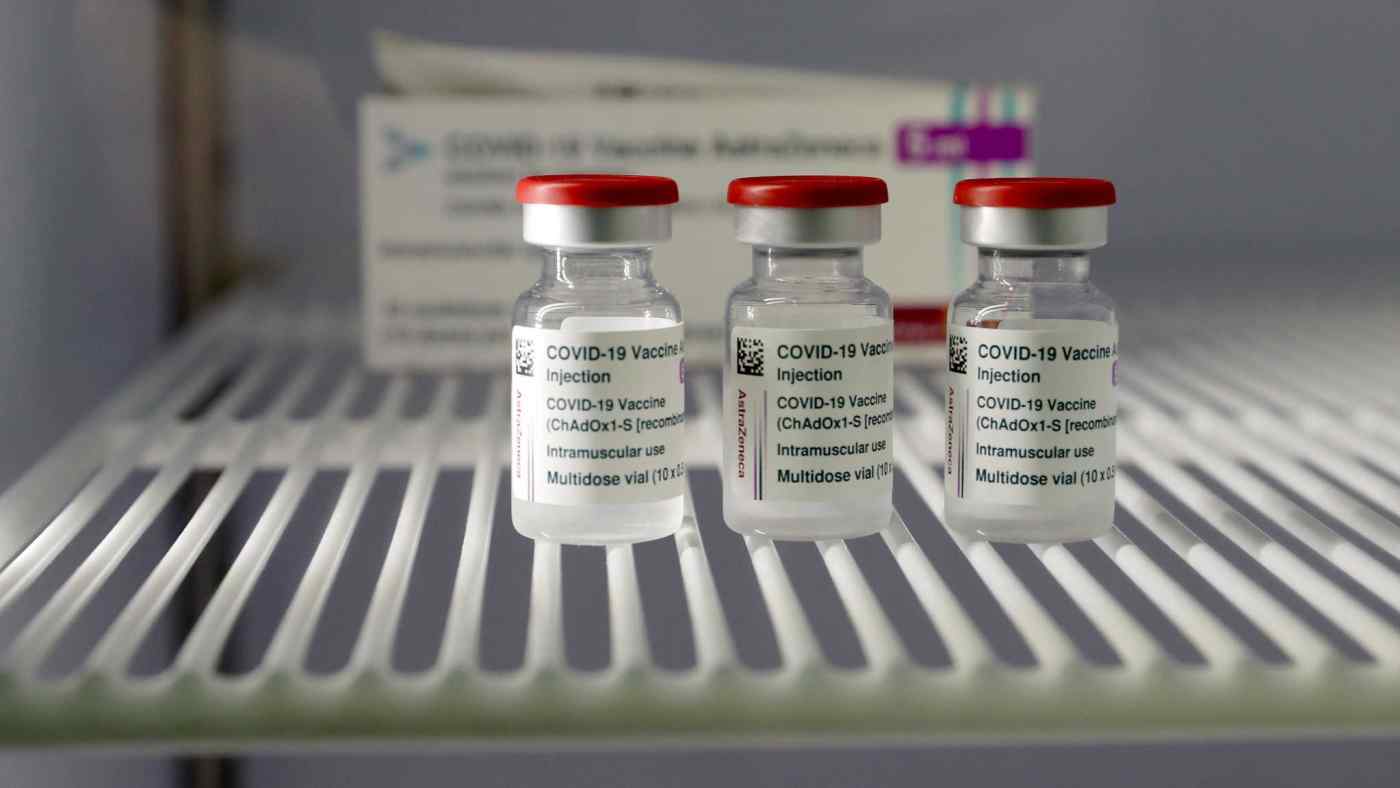 Vials of the coronavirus vaccine developed by Oxford University and AstraZeneca: The fate of Japan's 120 million doses of the vaccine remains up in the air.   © Reuters
SHUNSUKE USHIGOME, Nikkei staff writerMay 22, 2021 12:04 JST | Japan
CopyCopied

TOKYO -- The fate of roughly 120 million doses of AstraZeneca's COVID-19 vaccine remains up in the air in Japan after the government paused the rollout the very same day it gave the green light for emergency use.

With Japan lagging behind such countries as the U.S. in vaccinations, Tokyo's mixed messages have drawn criticism. Still, the vaccine's road to real-world deployment remains rocky as fears over its potential side effects loom large.