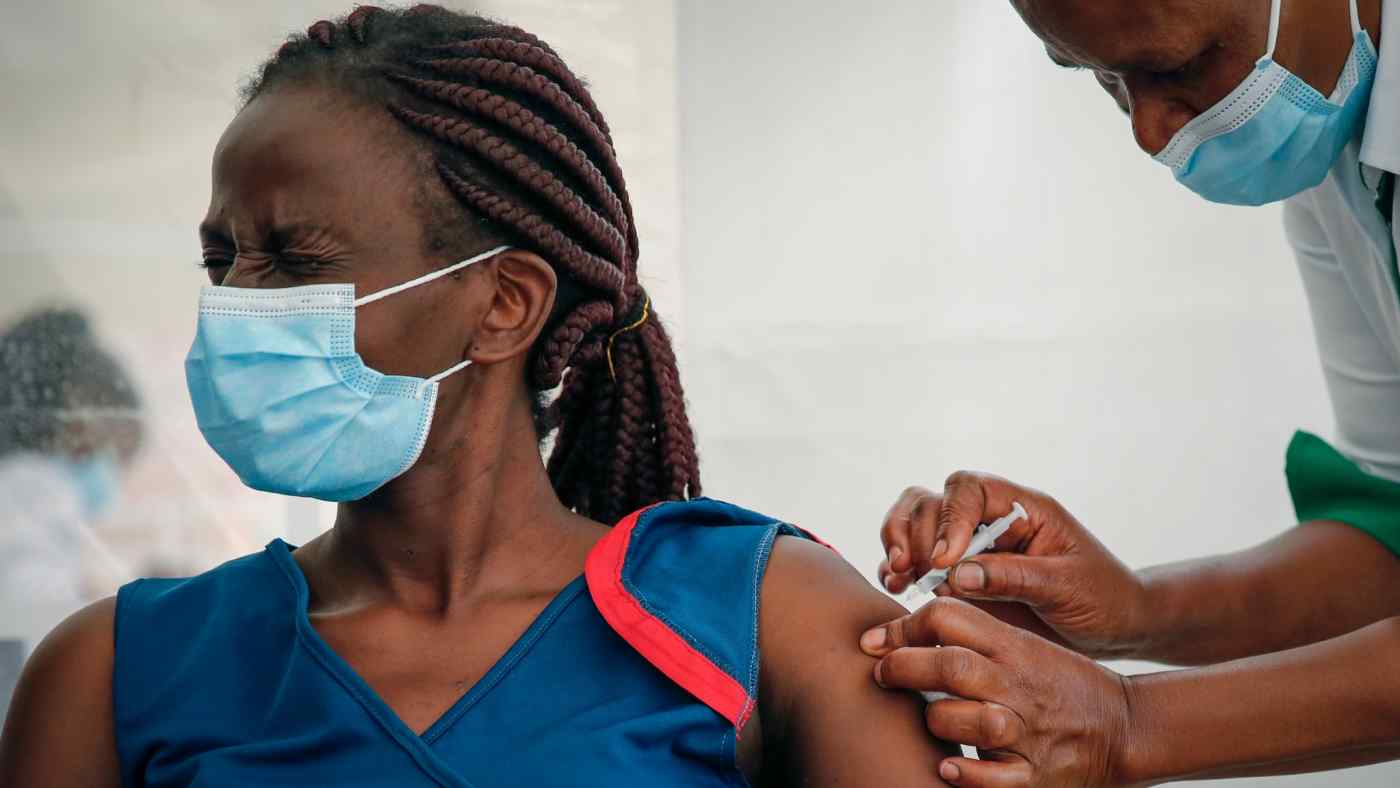 CAIRO -- India's export restrictions on coronavirus vaccines have complicated vaccination efforts in Africa, where many countries had relied on Indian-made shots distributed by a WHO-backed network for access.

With most countries on the continent not expected to achieve widespread vaccination until 2023 or later, recent setbacks loom heavily over Africa's economic recovery from COVID-19, as well as global efforts to bring the pandemic under control.

Roughly 15 million doses of coronavirus vaccine have been administered in Africa so far, according to Our World in Data, an online statistics site. The figure amounts to just 2% of all doses given worldwide, despite the continent being home to almost 20% of the global population.

Vaccination rates in Africa have lagged especially far behind wealthier regions. According to data compiled by The New York Times, 1.1 doses have been administered per 100 people in Africa, compared with 41 in North America and 25 in Europe.

"The challenge that many African countries face is that the supply of vaccines is currently too slow to meet our needs," South African President Cyril Ramaphosa said last week.

Many African countries lack the resources to secure the doses they need on their own, and are participating in COVAX, an initiative led by the World Health Organization and other agencies to provide equitable access to vaccines worldwide. Though Ghana started receiving doses through the framework in February, further rollout has been hindered largely by export restrictions in India.

India is a major producer of the Oxford-AstraZeneca vaccine. But the country recently halted exports, prioritizing domestic supply amid a surge in cases.

"If the delay continues -- I hope it's a delay and not a ban -- that would be catastrophic for meeting our vaccinations schedule," John Nkengasong, director of the Africa Centers for Disease Control and Prevention, has said.

There had been hope that Johnson & Johnson's vaccine could fill the gap. But U.S. health regulators earlier this month paused its use in response to reports of blood clots in several recipients. South Africa also halted the use of Johnson & Johnson shots, throwing a wrench into vaccination efforts.

These hurdles have provided a boon to China's so-called vaccine diplomacy. China has supplied 6.7 million doses of homegrown vaccines and pledged 4.55 million doses to a total of 27 African countries, according to Beijing-based Bridge Consulting.

Egypt's government on April 8 announced that it reached an agreement to domestically produce vaccines developed by China's Sinovac Biotech.

But even with an infusion of Chinese-made vaccine, the rollout in Africa will likely take time. Most African countries are not expected to achieve widespread vaccination coverage of about 60% to 70% until at least 2023, according to the Economist Intelligence Unit.

Vaccination delays will hamper Africa's economic recovery. The International Monetary Fund sees sub-Saharan Africa as "the world's slowest growing region in 2021," with a projected growth rate of 3.4% compared with 6% worldwide.

Delays in Africa also threaten global efforts to bring the pandemic under control, and countries with higher vaccination rates could impose travel restrictions on the continent in a further blow to its economy. After the U.K. restricted travel from Kenya earlier this month, the Kenyan Ministry of Foreign Affairs issued a statement criticizing "vaccine apartheid."