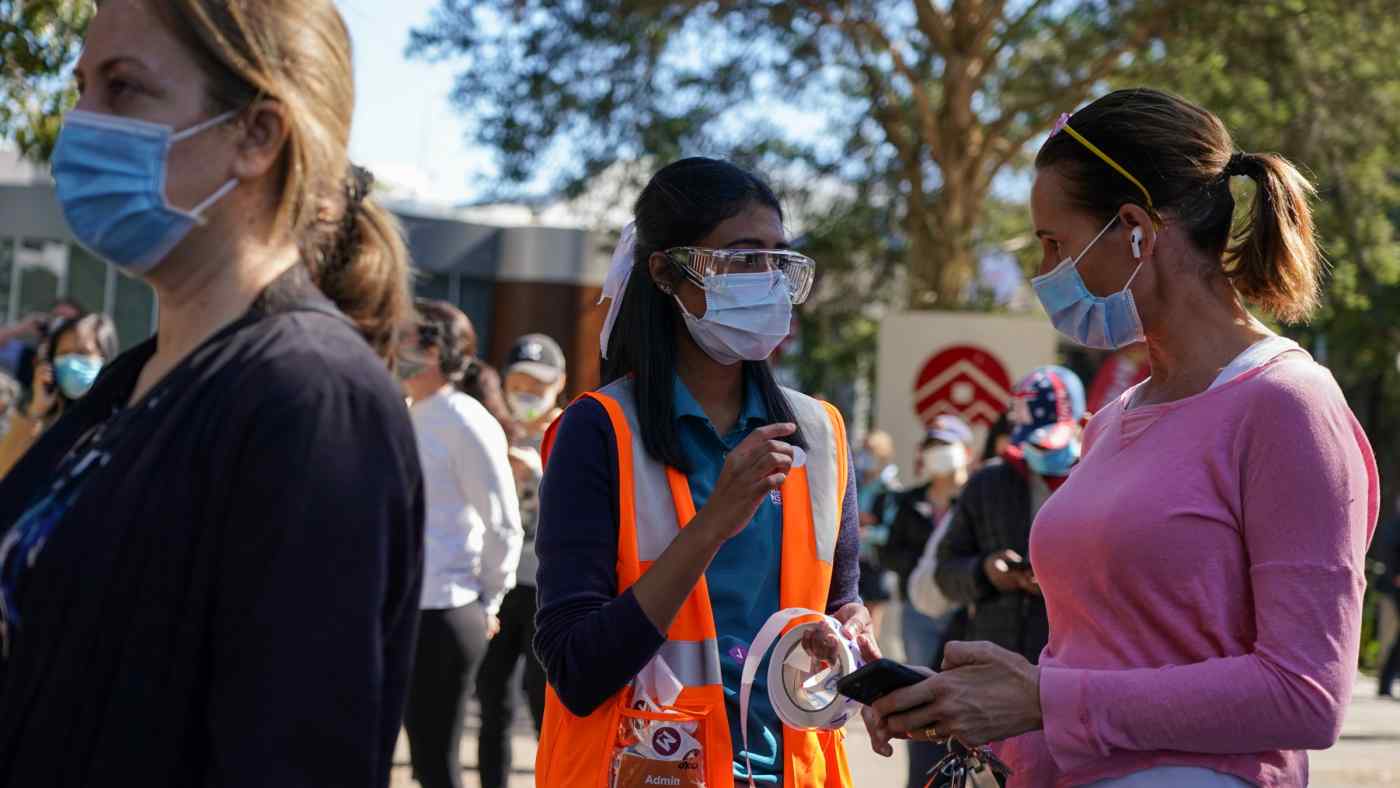 People wait in line outside a COVID-19 vaccination center at Sydney Olympic Park. Vaccines from the U.K. that had been at risk of expiring have been put to use in Australia.   © Reuters
TAKASHI NAKANO, FUMI MATSUMOTO and JUN SUZUKI, Nikkei staff writersOctober 1, 2021 01:53 JST | Australia
CopyCopied

Australian Prime Minister Scott Morrison announced a sharing deal with the U.K. in early September for 4 million doses of the Pfizer vaccine, enough to fully vaccinate about 8% of the population Down Under. Australia will send the same amount back later this year. It reached a similar agreement with Singapore for 500,000 doses in late August.