Domestic drugmaker Nanogen seeks emergency approval as early as May 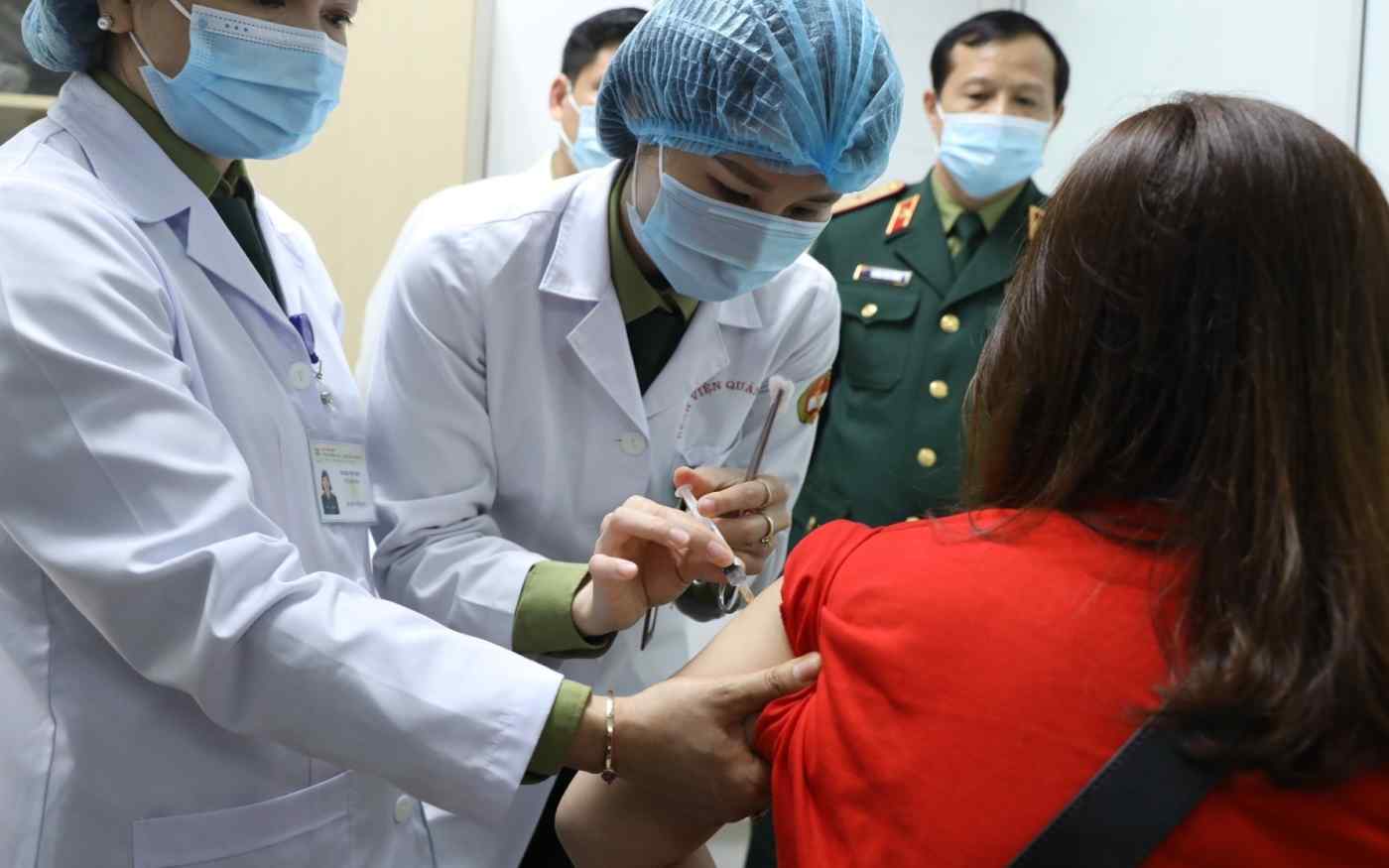 HANOI -- A Vietnamese pharmaceutical company has begun second phase trials on a coronavirus vaccine, an important step toward Hanoi's goal of vaccine independence from China amid rising territorial tensions between the countries.

If the trials are successful, Nanogen Pharmaceutical Biotechnology's Nano Covax vaccine is expected to be approved for emergency use as early as May. A quick rollout is crucial for Vietnam, which seeks to keep Beijing from exerting influence through its so-called vaccine diplomacy in Southeast Asia.

Prime Minister Nguyen Xuan Phuc stressed the importance of domestic production at a meeting on Feb. 15, when he pledged government support for a successful rollout of a "made-in-Vietnam" vaccine.

Nanogen, a Ho Chi Minh City-based company founded in 1997, plans to launch Phase 3 trials in May, giving the vaccine to between 10,000 to 30,000 people to test for efficacy and safety.

Collaborating with Vietnam Military Medical University, Nanogen is working on Nano Covax based on protein produced using recombinant DNA technology on animal cells. The team is one of four groups racing to develop homegrown vaccines in Vietnam.

The government is considering quick approval to Nano Covax as an emergency measure, if efficacy is shown in the Phase 2 trials. Inoculations would cover essential workers such as health care staff and airport employees.

If the government goes ahead with the emergency decision, Nano Covax may be rolled out in May, a Nanogen official told Nikkei.

Nanogen began the first phase of the Nano Covax trials in December. Only a small portion of the 60 volunteers showed side effects, such as pain at the injection site and fevers, according to health authorities.

Vietnam's pharmaceutical industry is made up chiefly of generic drugmakers, according to a Japanese government report in March 2020. Wariness remains over the safety of coronavirus vaccines, which have been developed in an unprecedented short amount of time.

Still, Vietnam is focused on homegrown vaccines as it determined to keep its northern neighbor China shut out as the two countries dispute over territory in the South China Sea.

Beijing moved to push its Sinovac Biotech's vaccine in Southeast Asia in January, sending Foreign Minister Wang Yi to visit such countries as Myanmar and the Philippines to use supplies of doses to shore up influence in the region. Indonesia, Laos and Cambodia have begun inoculations using Chinese doses.

A diplomatic source said Vietnam must procure a vaccine from somewhere other than China for national security purposes.

Vietnam has been praised for its handling of the coronavirus early on in the pandemic as it managed to keep its death toll and infections among the lowest in the world. However, its success in slowing the spread has hurt its ability to secure vaccine supply as Hanoi fell behind other countries in negotiations with vaccine developers. So far, it has received just a little more than 100,000 doses of the AstraZeneca vaccine.

Vietnam is considering using Russia's Sputnik V as well. But global competition is heating up, making it all the more important for Hanoi to mass-produce a domestic vaccine.