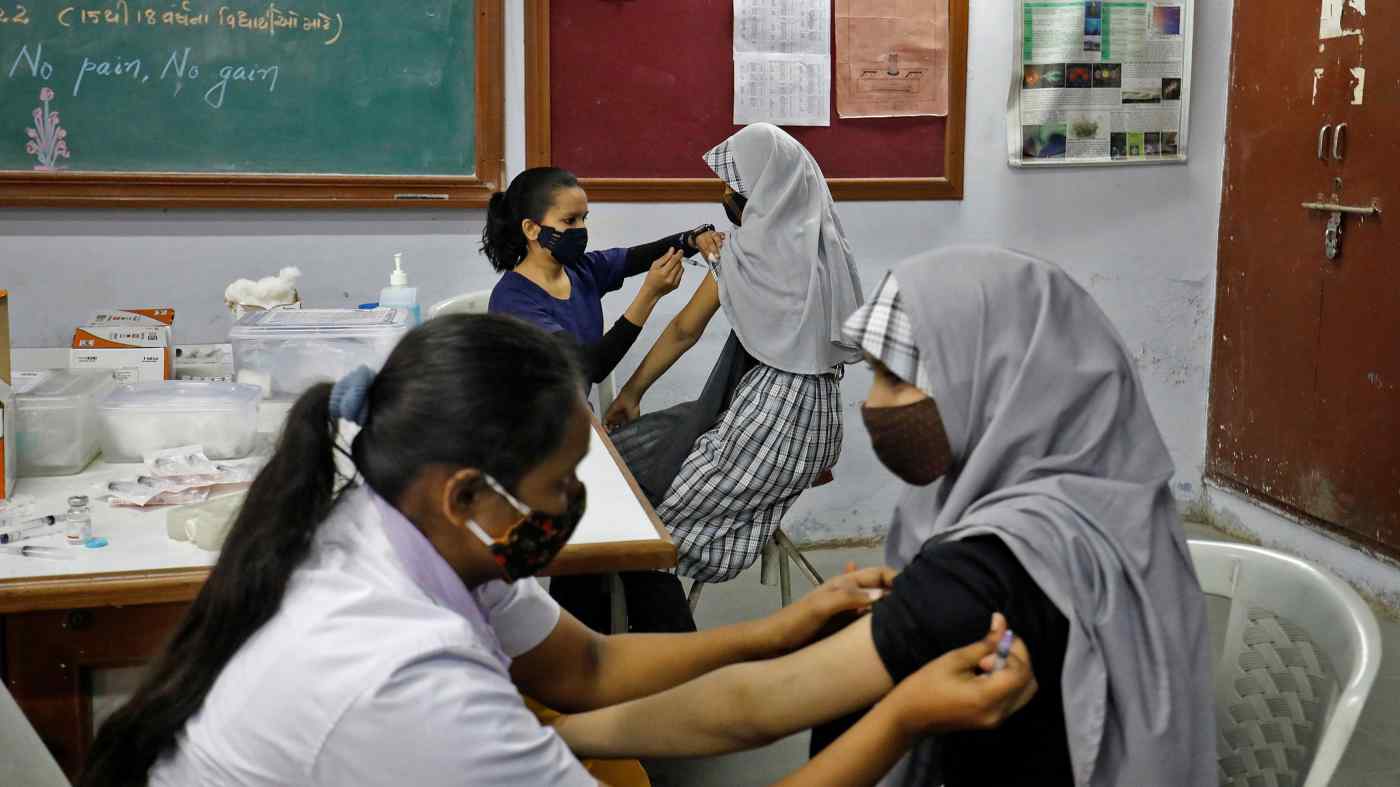 NEW DELHI -- India on Monday launched booster COVID-19 shots for health care and frontline workers such as doctors and police, as well as elderly people who suffer from chronic ailments like diabetes, as it battles a renewed surge in cases amid the rapid spread of the omicron variant.

With the move, India joins nations including the U.S., the U.K., Russia and the United Arab Emirates that have started administering third vaccine doses.

India's government says the booster is a "precaution" to be given to eligible people nine months after their second shot.

All citizens irrespective of income are eligible for free vaccination at government hospitals across the country. India has approved a total of eight COVID-19 vaccines for emergency use, including homegrown Covaxin; Covishield, the local name of the U.K.-developed AstraZeneca vaccine; and Russia's Sputnik V.

"Under the leadership of Prime Minister Narendra Modi, the government is committed to providing additional security cover to health care and frontline workers on priority," Mansukh Mandaviya, India's health minister, tweeted on Monday. The nation began its inoculation drive in January last year and its cumulative vaccination coverage has crossed 1.51 billion doses, with over 91% of its adult population of 944 million getting at least one shot, while 67% have received double doses. Over 23.8 million teenagers of 74 million aged 15-18 have also received their first dose since vaccinations for the group started on Jan. 3, according to the latest health ministry update.

"Together, we have launched the world's largest vaccination campaign so far," Modi said in an address to the nation on Dec. 25, while announcing the introduction of "precaution" doses. "In the time to come, we have to speed it up and expand it. The efforts of all of us will strengthen the country in this fight against corona."

India is stepping up its vaccination drive in the face of an exponential rise in daily COVID cases since the start of this year following the detection of omicron in the country in December. On Monday, it logged 179,723 new cases, the highest daily count since late May, bringing its total caseload to 35.7 million, with 483,936 fatalities.

The capital city of New Delhi -- which was among the worst hit in the country during the pandemic's second wave in April-May -- imposed a full weekend curfew lasting from 10 p.m. Friday to 5 a.m. Monday, on top of a nightly curfew that's been enforced since late December.

The city of over 20 million -- which reported 22,751 new cases and 17 deaths on Sunday -- announced earlier this month that over 80% of people who had recently tested positive were infected with omicron.