Indonesia's Gojek and Halodoc team up to inoculate taxi drivers 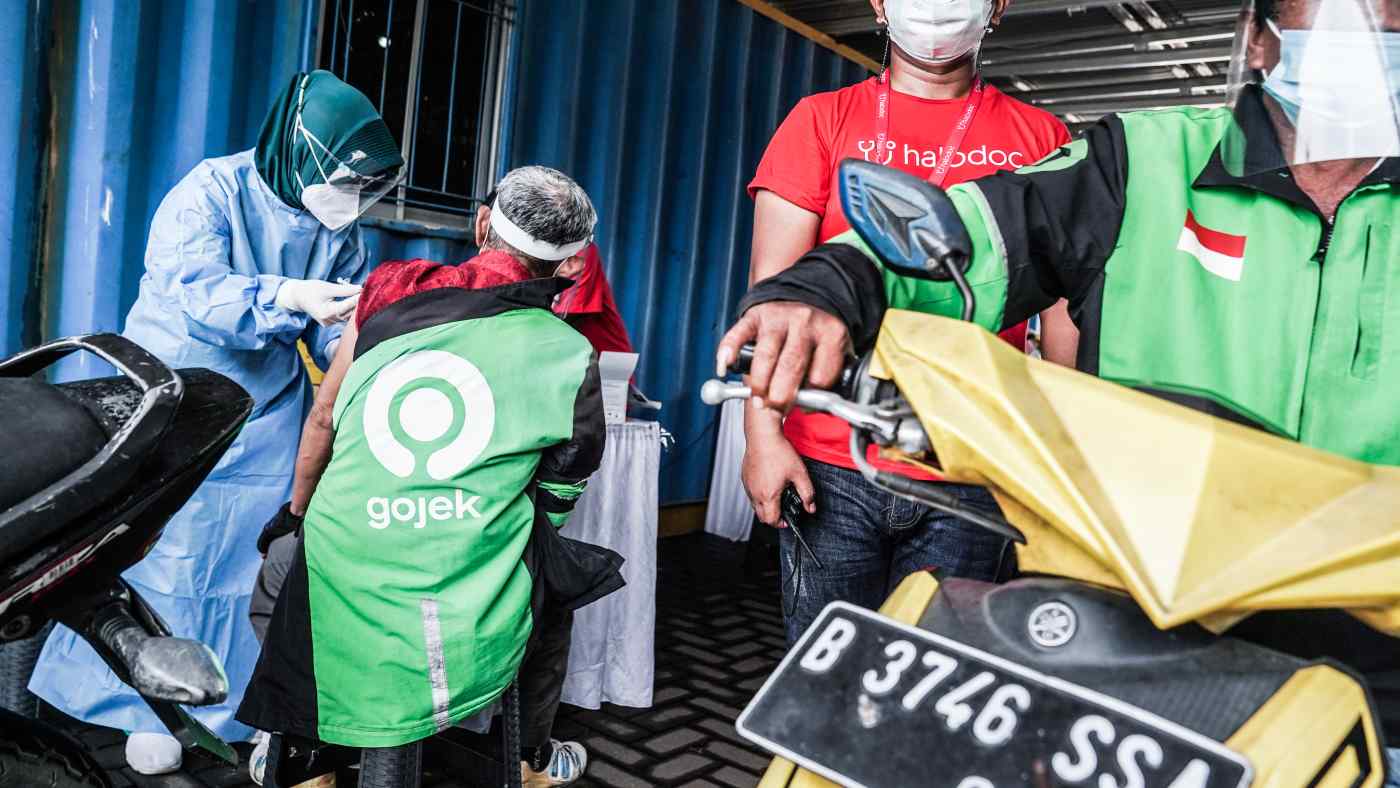 JAKARTA -- Gojek, Indonesia's ride-hailing unicorn, has teamed up with Halodoc, the country's largest health-tech startup, in an inoculation drive for up to 40,000 of its drivers in Jakarta over the coming weeks.

Gojek on Thursday began vaccinating its drivers in Jakarta at two locations. The company said 1,500 doses of COVID-19 vaccines should be available every day for the next three months.

Gojek is partnering with Halodoc and the Hermina Hospital group to provide drive-through inoculations for both motorbike and car taxi drivers beside their vehicles.

"Gojek is also currently preparing a state-of-the art technology to allow customers to check the vaccination status of our driver partners through the application," said Kevin Aluwi, Gojek's co-chief executive and co-founder, at the program's launch.

A vaccine procurement scheme for private companies is being prepared by the Indonesian Chamber of Commerce and Industry. 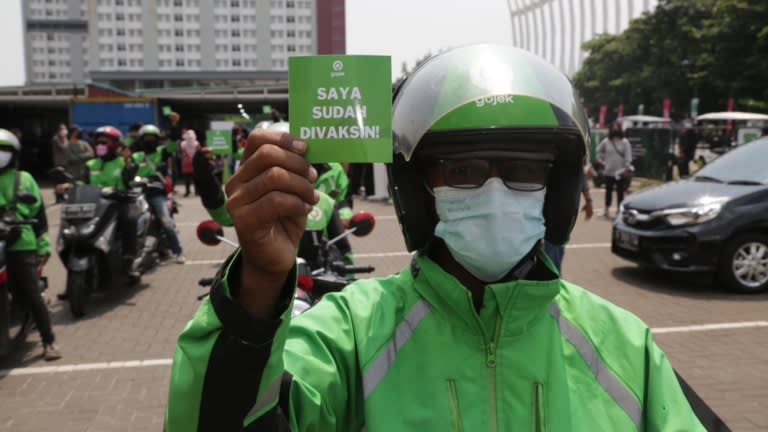 Syafrin Liputo, head of the Jakarta Transportation Agency, said there are 256,000 public transport workers in the capital but only 30,000 have been vaccinated so far -- including those employed by TransJakarta bus rapid transit and Jakarta MRT.

Widyastuti, the city's health chief, said the plan is to inoculate 8.8 million Jakarta residents, or around 80% of its total population, to reach herd immunity in the capital. She said Gojek drivers have been prioritized because of their close interaction with customers while carrying passengers and making food and document deliveries.

Gojek said it has already participated in government's inoculation drives in 18 other cities, but those were smaller and not exclusively for Gojek drivers.

The company added that Loket, an online ticket booking and event management startup it acquired in 2017, has separately helped online vaccination registration at Indonesia's health ministry for over 150,000 people.

Halodoc said it has set up drive-through vaccination facilities in seven cities in partnership with the health ministry with nearly 90,000 people inoculated so far.

Both Gojek and Halodoc plan to scale up their respective vaccination programs nationwide.

Gojek's rival, Singapore-based Grab, is meanwhile partnering in the national vaccination drive with health-tech startup Good Doctor Technology, which is a joint venture between Grab and China's Ping An Good Doctor.

Grab said in a press release on Thursday that it has set up vaccination centers in eight Indonesian cities and helped distribute 26,000 vaccine doses to Grab drivers and other target groups, such as those over 60.

On Monday, Indonesia received its second batch of AstraZeneca vaccine through COVAX, the GAVI/WHO-backed global vaccine-sharing scheme. That was 3.8 million doses, bringing the total so far to over 67 million doses, most of which are China's Sinovac.

Health Minister Budi Gunadi Sadikin said earlier this week that Indonesia is expecting delivery next month of 7.6 million AstraZeneca doses and 15 million Sinovac doses, easing earlier supply shortfalls. "So we shall accelerate the pace of vaccination again," he said.

So far, over 12 million Indonesians have been vaccinated. The government's target for reaching herd immunity is 181 million in a population of over 270 million.